We all know what’s happening this Friday.

On that day, he rises again.

Look, I couldn’t wait for this movie after the last reel of The Dark Knight finished running at the theater. And all this for a bunch of movies that decided to look comic-booky but punch like some other creature. 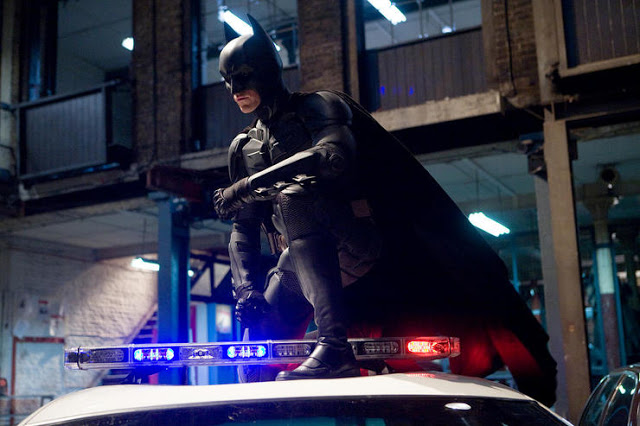 Christopher Nolan and company decided to take the superhero action film and stretch it to the extremes, painting his Batman world in post-9/11 shades as a special-forces vigilante took on hyper-terrorists. One terrorist, Ra’s al Ghul, spoke of punishing a wicked society to save humanity. Another, The Joker, sought to incite chaos and watch the veneer of civil society fall away into death and destruction.

And here I was, just wanting to see Batman fly around and punch stuff.

When it comes to all my nerd obsessions, Batman rules the list.

Let’s break it down. 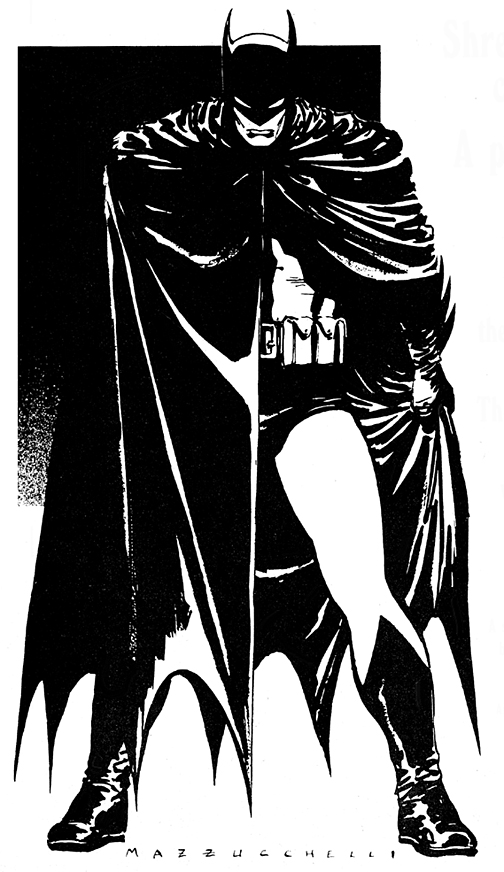 Who doesn’t like the costume? It’s one of the best ever designed, even though its color scheme isn’t anything imaginative at either all-black, blue-and-gray, or black-and-gray. (For that reason, Spider-Man’s costume likely is the best superhero costume design ever.) The cape and cowl just looks way too cool. You can outfit the cowl with surveillance tech and night-vision lenses, and the cape with steel tips in the edges.

It’s also one of the few supersuits that says what the guy is without you knowing. Does he really need that bat-symbol on his chest when you see a dude in bat ears and wings flying at you?

When you really think about it, the Batmobile is a lame concept. A superhero, without superpowers, uses a car to get around? The more you think about it, especially given our experiences as drivers, the worse it gets. They never show Batman stuck in traffic, halted at stoplights on every corner, or vacuuming out the seats. But we don’t care, because we love cars. And this thing is a super-car! Haven’t you ever wanted to drive a three-ton tank shaped like a sports car and packing a jet engine? I know I have, and I barely like cars. 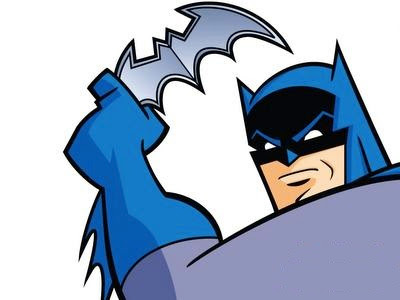 He had them before James Bond. Though I think Batarangs are vastly impractical. Frank Miller had a much better idea with the bat-shaped throwing stars. But I will take instant-cloud smokebombs and a grapnel gun. Those really would come in handy in an urban environment. Just go swinging from building to building. Though I always wondered if Gotham City was littered with grapnel lines and guns everywhere, and building owners pissed as their edifices all chipped up by those stone-piercing hooks. But who cares? Batman is a detective and a scientist, and makes equipment for everything! 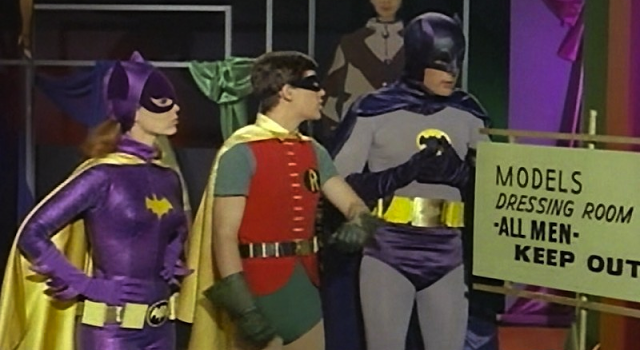 What a fun, Technicolor-pop, Playboy-infused world this show inhabited. Swinging music, campy gimmicks, scenery-chewing performances, giant set pieces. The Batusi, people! And without this show, I would have found out about Eartha Kitt much, much later, and that would have been a crime.

Batman stuff has a lot of doom and gloom, and it’s nice when you just see the guy enjoy his work. I think he should enjoy being Batman.

The comics do this sometimes, but usually they’re quite serious. The Nolan films need more of that; the Alfred and Lucius characters are the conduit. Burton’s films had dark looks and themes, but he always slid in moments of oddball humor.

Or, among my favorite moments ever in Batman stuff, was in the Batman Beyond movie when Terry McGuinness asks Bruce if they should call the cops to stop The Joker, and Bruce replies with a small smirk, “Not their game.” 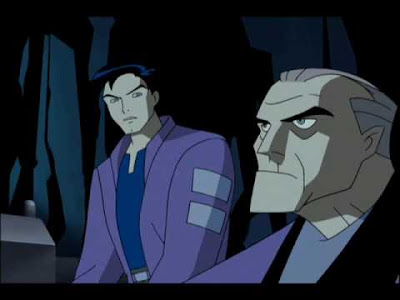 The Force of Will

Above all things, Batman is about will. About determination and perseverance to overcome your problems and forge your own path. Batman in the comics typically is depicted as the most dangerous superhero. It’s not because of physical strength or threat, but because he has the intellect and the will to work hard enough to find a way to bring you down. 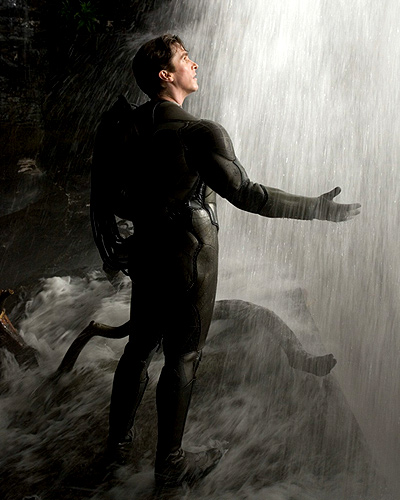 He’s the man with the plan. He finds the answers. He will stop you.

I always considered intelligence to be the combination of critical thinking and will, to find answers to everything you can, and to act in a way that brings about the maximum result. Batman is all about the maximum, in all things, at all times. It’s extreme, but I respect it. As Ra’s al Ghul said in Batman Begins, “The training is nothing. The will is everything. The will to act.” 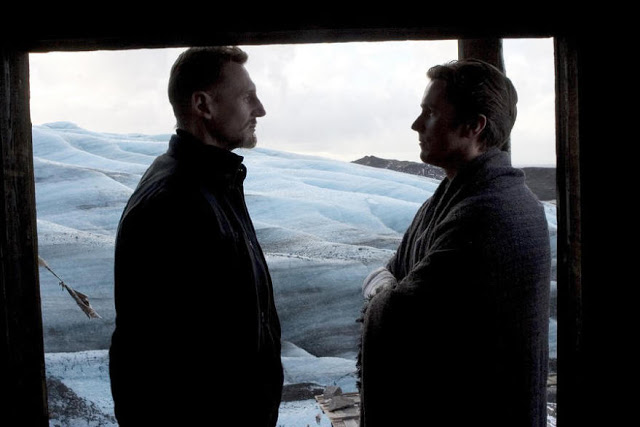 To me, part of the Batman vow is that after his parents are murdered, Bruce Wayne never will let anything be done to him again. He holds his own agency, always.

Which part of why Nolan’s trilogy works. He keeps finding ways to steal Batman’s agency away from him, and then watch him reclaim it. The Dark Knight introduced the idea that Batman is exactly the kind of hero Gotham deserves, and that Gotham will be the end of him, but at least Batman can go down on his terms, swinging.

The Dark Knight Rises, I imagine, will close the circle, whether Bruce Wayne lives or dies. 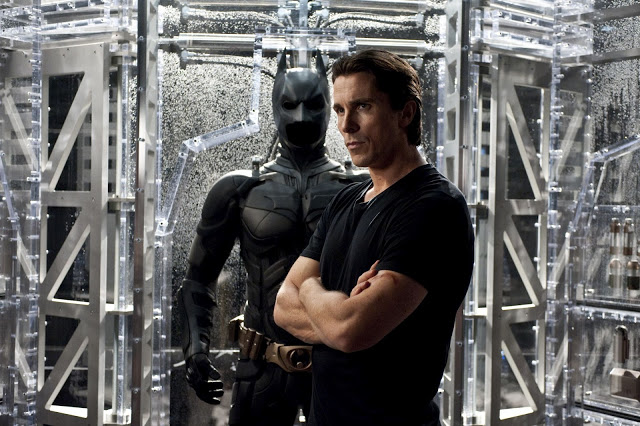 Whatever the outcome, it’ll be done in Nolan’s style: technically proficient, maddeningly overcomplicated, extravagant in plotting and detail.

Accomplished tableaux and dodgy action camerawork, sleek in some spots and brutish in others.