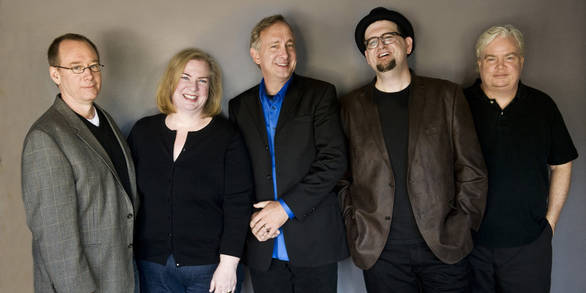 Film Chest – which boasts one of the world’s largest libraries (10,000+ hours) of classic feature films, television, foreign imports, documentaries, special interest and audio, much of it restored and digitized in HD – produces and distributes classic collector’s DVD sets and has a dedicated American Pop Classics content channel which is available on Hulu and Hulu Plus.

Ten Cinematic Titanic titles will immediately be available on the American Pop Classics Channel on Hulu and Hulu Plus, including: Alien Factor, Blood of the Vampires, Danger on Tiki Island, Doomsday Machine, East Meets Watts,  Frankenstein’s Castle of Freaks, Legacy of Blood, The Oozing Skull, Santa Claus Conquers the Martians and The Wasp Woman.

Commented Phil Hopkins and Ralph Stevens, co-owners of Film Chest, “We are cult film enthusiasts and personal fans of MST3K and Cinematic Titanic. We are extremely excited to add these 10 feature-length titles to our American Pop Classics label and to offer them to a new generation of fans on Hulu and Hulu Plus.”

Added Hodgson, “The Cinematic Titanic crew is excited about the partnership with Film Chest, which furthers our mission to reconnect with Mystery Science Theater 3000 fans around the world, as well as hopefully bring new fans to the comedy art form first introduced by this group 25 year ago on cable. For some strange reason movie riffing has not gone out of style, it just keeps jumping to new formats.”

About the featured films …

Alien Factor (1976)
Warning: Baltimore is no longer safe. Meet Leemoid, Zagatile and Interbyce. They’re the three aliens whose spaceship has crashed in a small town outside of Baltimore. Soon the town folk are turning up mutilated and dead … and even in polyester pants.

Blood of the Vampires (1966)
The Escodero family is cursed! The mother, who the Escodero children assumed to be dead, is actually an undead vampire who lurks in a secret basement/dungeon hidden from the rest of the house. When the kids discover this dark truth, all hell breaks loose.

Danger on Tiki Island (1968)
An atomic bomb test in the South Pacific creates an isolated world of terror. Strange things are happening on this remote island in the Pacific, where a Peace Corps volunteer, a researcher and his lady arrive to find that the plants have been mutated.

Doomsday Machine (1972)
American spies discover the Chinese have built a weapon capable of destroying planet Earth, a “doomsday machine” if you will, and that they plan to use it within a matter of days.

East Meets Watts (1974)
Kung Fu hits the streets! Young Larry Chin arrives from China looking for his long lost brother and stumbles into some shady characters that’d just as soon see him go home or get dead. He crosses paths with Stud Brown, and the two become an unlikely duo.

Frankenstein’s Castle of Freaks (1974)
Things get a bit randy in this updated version of Mary Shelley’s immortal classic about immortality. Why can’t Dr. Frankenstein get a break? Just as our mad scientist is about to bring his creature back to life, he is forced to use a sub-standard brain.

Legacy of Blood (1971)
The Dean family patriarch has died and left a fortune to his children and servants. The occasion soon turns grim when they discover they must all must spend an entire week at the family estate … together.

The Oozing Skull (1972)
In the far-off land of Khalid, President Amir lies on his deathbed. If this revered head-of-state dies, the brutal dictatorship that he has so lovingly cultivated will fall into a dark age of uncertainty and chaos.

Santa Claus Conquers the Martians (1964)
The children of Mars are in a funk, and nothing on the red planet seems to be able to cheer them up. Martian King Kimar comes up with the only reasonable solution: Kidnap Santa Claus from Earth’s North Pole and bring him to their planet to make toys.

The Wasp Woman (1959)
Janice Starlin, purveyor of her own line of cosmetics, finds herself nearing middle-age (in a time when 38 was the new 94). A stranger with an accent and an unnatural love of wasps enters her life and promises her the elixir that will prolong her youth.

About Film Chest:
Founded in 2001, Film Chest offers high-quality content for a wide variety of production and distribution needs, boasting one of the world’s largest libraries (10,000+ hours) of classic feature films, television, foreign imports, documentaries, special interest and audio—much of it restored and digitized in HD. Headquartered in Bridgeport, Conn., with offices in New York City, the company also produces and distributes collector’s DVD sets for its American Pop Classics, CULTRA and HD Cinema Classics labels. Visit us online: www.filmchestmediagroup.com