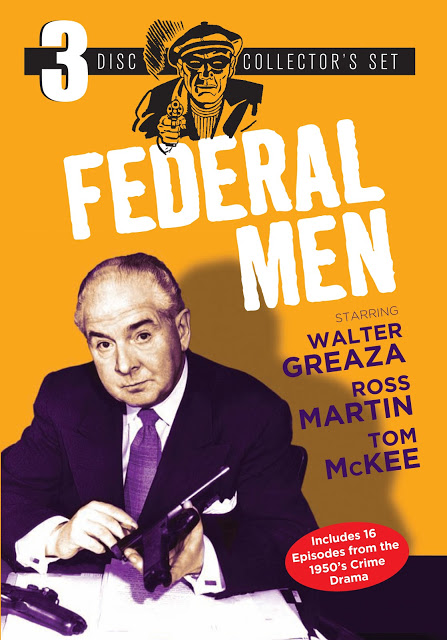 Straight from the files of the U.S. Treasury Department, the classic ’50s program Federal Men will be  recaptured on DVD July 31 by Film Chest on the American Pop Classics label.

Federal Men, which ran for five seasons (1950-55) on ABC, featured true government stories of fraud and deception.  In each thrilling episode – based on real-life cases – “The Chief” (Walter Greaza, The Street With No Name, TV’s The Edge of Night) and his agents pursue counterfeiters, loan sharks, gamblers, bootleggers, swindlers, smugglers and confidence men.


Federal Men is presented in full screen with an aspect ratio of 4 x 3 and original sound.