THE MURDER ISN’T THE ONLY MYSTERY IN POINT OF IMPACT

New miniseries by NEAR DEATH creator in October 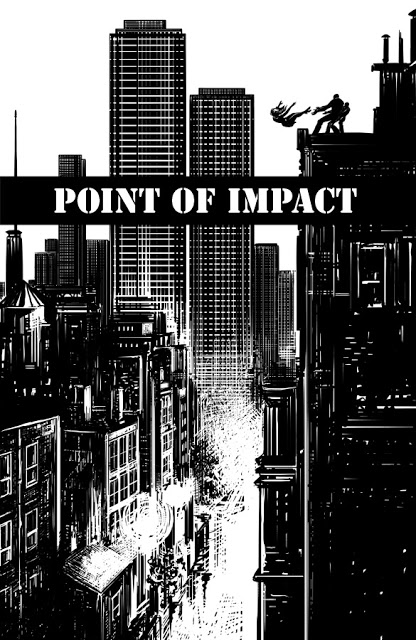 In POINT OF IMPACT, a new Image Comics miniseries by NEAR DEATH creator Jay Faerber and Koray Kuranel, a woman’s murder brings those who thought they knew her best to the realization that they didn’t know her at all. As the investigation of Nicole Rafferty’s death reveals the secrets of her life, three people — her husband, friend, and secret lover — are put on a collision course with the truth.

“Point of Impact was born out of the idea that a person can be different things to different people,” said writer Faerber. “We behave differently, and play different roles, depending on who we’re with. That’s a theme I wanted to explore in the context of a murder mystery.”

In an interview at iFanboy, Faerber promised “plenty of action and suspense, and definitely twists and turns — it’s a murder mystery / thriller, after all.” iFanboy also featured a six-page preview of POINT OF IMPACT #1.

The four-issue miniseries, which will debut in October, is drawn by Koray Kuranel, a Turkish storyboard artist, in stark black and white.

“Koray is a fantastic artist recommended to me by my old friend and collaborator, Yildiray Cinar,” said Faerber of his collaborator. “His layouts and sense of storytelling are incredible.”


POINT OF IMPACT #1 will available for pre-order in the August issue of Previews.