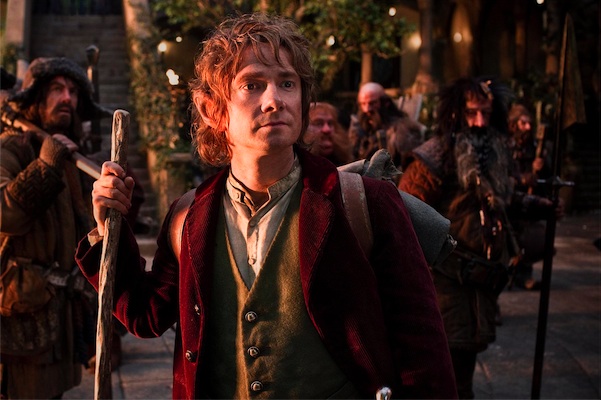 When it comes to Peter Jackson and adapting J.R.R. Tolkien, things must seem to come in threes.

Even though the Lord of the Rings trilogy was no surprise, seeing it was written AS a trilogy, it seems that his newest film The Hobbit has been extended from two films, to a three-film installment, officially making any future “Tolkien Movie Night” into a possible two-day event.

Unlike the 1977 animated film, which is known for excluding scenes from Tolkien’s story, this extension will give more room for Jackson to not only show the entirety of Bilbo Baggins’ journey, but to also tie The Hobbit into the Rings trilogy through the appendices Tolkien had included at the end of the Return of the King book.

Jackson issued a statement regarding the addition of the third film.

Upon recently viewing a cut of the first film, and a chunk of the second, Fran Walsh, Philippa Boyens and I were very pleased with the way the story was coming together. We recognized that the richness of the story of The Hobbit, as well as some of the related material in the appendices of The Lord of the Rings, gave rise to a simple question: do we tell more of the tale? And the answer from our perspective as filmmakers and fans was an unreserved ‘yes.’ We know the strength of our cast and of the characters they have brought to life. We know creatively how compelling and engaging the story can be and—lastly, and most importantly—we know how much of the tale of Bilbo Baggins, the Dwarves of Erebor, the rise of the Necromancer, and the Battle of Dol Guldur would remain untold if we did not fully realize this complex and wonderful adventure. I’m delighted that New Line, MGM and Warner Bros. are equally enthusiastic about bringing fans this expansive tale across three films.

Although there is plenty of B-roll footage available, Jackson will have to once again go into a new production, which in itself is no easy feat; renegotiating and working out schedules with various rights-holders, actors, etc. Martin Freeman and Sir Ian McKellen have already been contacted about appearing in the third film as their respected characters, Bilbo and Gandalf the Grey.

And with the way it’s looking, all three of the films will be quite the treat for the next couple of years, being released almost a year apart from each other. The Hobbit: The Unexpected Journey is coming to theaters this December 14th, it’s sequel The Hobbit: There And Back Again  will be released December 13th, 2013, and the unnamed third film will be released in the summer of 2014.

Now if only Leonard Nemoy would sing the movie’s theme, all would be well with the world.