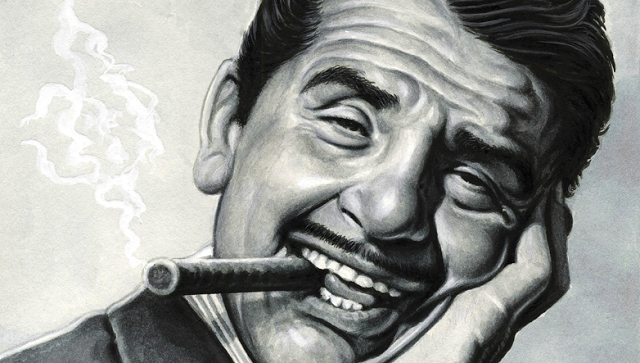 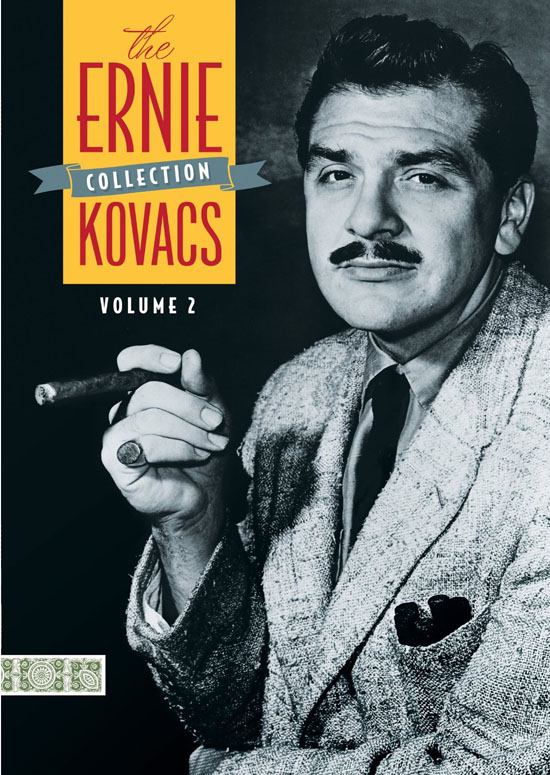 More of the vast archive of Ernie Kovacs’ (www.erniekovacs.com) iconic brand of comedy and classic television will once again be available to consumers both physically and digitally for the first time since it originally aired in the 1950’s. One of television’s early comedy pioneers gets his second box set due to overwhelming demand.

Produced and distributed by Shout! Factory in association with Ediad Productions, Inc., The Ernie Kovacs Collection Volume 2, a 3-DVD box set is set to debut in stores across North America on October 23, 2012, just in time for the holiday season. Pent-up demand from fans, rave reviews of the first collection, and better than expected sales of the first collection have made this new volume a reality. This DVD box set is now available to preorder at Amazon.com, ShoutFactoryStore.com, erniekovacs.com and other online retailers.

Kovacs, whose offbeat humor graced the airwaves for just a decade in the 1950s and 60s, served healthy portions of the offbeat to his audiences, who had never seen anything quite like this cigar-wielding charmer. Wickedly funny but not offensive, Kovacs’ unique humor and flair for improvisation would ripple across generations, influencing TV funnymen from Johnny Carson, Monty Python and David Letterman to Jim Henson, Pee Wee Herman and Saturday Night Live.

The first 6-Disc DVD collection, curated by noted film/television historian Ben Model, was designed to appeal to Kovacs fans already familiar with his work, and was priced at $69.97. This second 3-Disc DVD collection, priced at $29.93, is designed to introduce a broader audience to the comedic icon. Kovacs, who died in a 1962 car accident, left behind an unparalleled body of work that survives thanks to the indefatigable efforts of his wife and co-star, the late Edie Adams (www.edieadams.com). With more than 150 half hours of early television in the archive, Kovacs’ legacy and archive is perhaps the largest collection of privately owned early television in existence

Since the release of the first box set in 2011, a Kovacs revival is in full swing. In April of 2012, Shout! Factory released a single set DVD The ABC Specials, and a long lost, previously unreleased comedy album, Percy Dovetonsils….Thpeaks was released on vinyl, CD and digital formats on June 19 of this year. Additionally, a series of special live events focusing on his work were produced at the Paley Center for Television in New York, the American Cinematheque in Los Angeles, the Museum of the Moving Image in New York and the Long Beach (CA) Museum of Art. Additional events are planned in the near future in Washington, DC and Los Angeles.

About Ediad Productions, Inc.
Formed by the late entertainer & Muriel Cigar girl Edie Adams and currently run by her son Joshua Mills, Ediad Productions is home to what is likely the largest independent archive of early American television in existence. With more than 150 half-hours of content from legendary comedian Ernie Kovacs as well as two seasons of Edie Adams’ prime time variety show from the mid-1960’s, Ediad Productions is a treasure trove of classic popular entertainment. Titles in the archive include, The Ernie Kovacs Show, Ernie in Kovacsland, Take A Good Look (clues), the Kovacs specials for ABC, The Edie Adams Show, Here’s Edie! And much more. Ediad Productions is the go-to archive for television, digital & mobile entertainment content and is based in Los Angeles, California.

About Shout! Factory
Shout! Factory is a diversified entertainment company devoted to producing, uncovering and revitalizing the very best of pop culture. Founders Richard Foos, Bob Emmer and Garson Foos have spent their careers sharing their music, television and film faves with discerning consumers the world over. Shout! Factory’s DVD offerings serve up classic, contemporary and cult TV series, riveting sports programs, live music, animation and documentaries in lavish packages crammed with extras. The company’s audio catalogue boasts GRAMMY®-nominated box sets, new releases from storied artists, lovingly assembled album reissues and indispensable “best of” compilations. These riches are the result of a creative acquisitions mandate that has established the company as a hotbed of cultural preservation and commercial reinvention. Shout! Factory is based in Santa Monica, California. For more on Shout! Factory, visit shoutfactory.com.