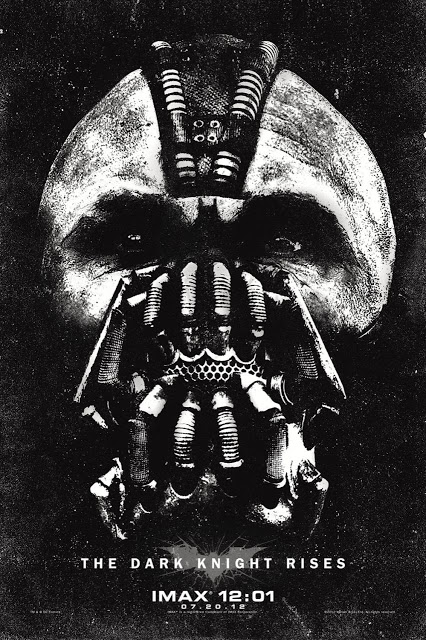 It’s been 8 long years since the Batman took the fall for the death of Harvey Dent and Gotham has thrived, using the Dent Act to all but eliminate crime. That is until the emergence of 99-percenter Bane, a ruthless mercenary with a bad case of asthma and a bone to pick with America’s most beloved city. Unfortunately, the only one who can help, Bruce Wayne, has become Howard Hughes (minus the piss jars) and walks with the help of a cane.

Stuff blows up. Bane speaks unintelligibly. And Batman is forced out of retirement to kick some ass. At least until he has a vertebrae or two displaced and is dropped into a well (somewhere in the Middle East) that would give Lassie a coronary. Can The Dark Knight rise and save a Gotham City under siege from certain doom?

Of course. But it’s the journey, not the destination.

And boy is that journey clunky and convoluted. You can’t help but ask yourself if there wasn’t a simpler way for the baddies to go about their plot but chances are you’ll be having too much fun to notice or even care. The Dark Knight Rises is a solid ensemble piece with the always reliable Joseph Gordon-Levitt leading the way as a crusading cop who was raised in an orphanage. And anyone who had their doubts about Anne Hathaway’s Catwoman will most likely find her performance pitch purrrfect (cue the groans).

Tonally, the movie is equal measures Batman Begins and The Dark Knight which allows it to feel epic and personal at the same time.

And while the bulk of the action never quite tops the opening plane hijacking, there’s more than enough going on here to keep you invested in the two hour and forty minute thrill ride that’s a fitting end to Christian Bale/Christopher Nolan’s Batman trilogy.