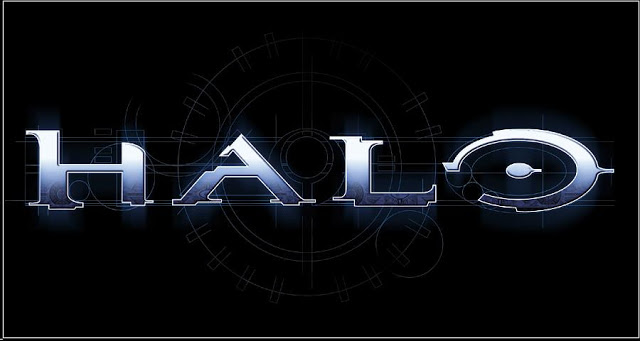 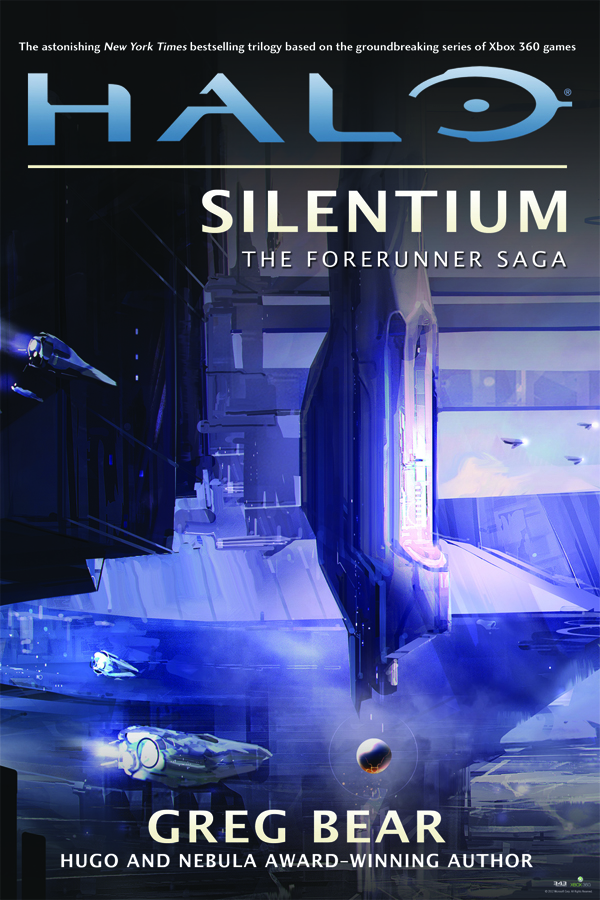 Tor Books, an imprint of Tom Doherty Associates, LLC—the largest publisher of science fiction in the world—is thrilled to reveal the title, cover, and release date for the third novel in the New York Times bestselling Halo Forerunner Saga, HALO: SILENTIUM, written by legendary science fiction author Greg Bear. The first two books of the Forerunner Saga, Halo: Cryptum and Halo: Primordium are currently available in trade paperback, e-book, and audiobook. This newest book in the series, HALO: SILENTIUM will release in hardcover from Tor on January 8, 2013 alongside simultaneous audio and e-book editions.

The New York Times bestselling Halo® series of novels, based on the hugely successful Halo videogame franchise, has sold millions of copies, and is part of a global phenomenon that has dominated the science fiction landscape over the last decade.

In Halo: Cryptum, Greg Bear began a three-book arc set in the era of the Forerunners, the ancient and enigmatic creators and builders of the Halos, which continued in Halo: Primordium. Now, in the last years of the Forerunner empire, chaos rules. The Flood—a horrifying shape-changing parasite—has arrived in force, aided by unexpected allies. Internal strife within the ecumene has desperately weakened Forerunner defenses.

Only the Ur-Didact and the Librarian—husband and wife pushed into desperate conflict—hold the keys to salvation. Facing the consequences of a mythic tragedy, one of them must now commit the greatest atrocity of all time—to prevent an unmatched evil from dominating the entire universe.

Tor Books has proudly partnered with Microsoft and 343 Industries to publish every book set in this iconic universe. Along with the books of the Forerunner Saga, Tor also publishes another all-new Halo trilogy penned by New York Times bestselling author Karen Traviss that explores the Halo Universe in the wake of the final events of Halo 3. Traviss’s first novel, Halo: Glasslands, came out in 2011, with Halo: The Thursday War due out in October 2012.

The Halo franchise is an award-winning collection of properties that have grown into a global entertainment phenomenon. Beginning with the original “Halo: Combat Evolved” for Xbox in 2001, the rich fiction of the franchise has since inspired a series of blockbuster Xbox and Xbox 360 video games, New York Times best-selling novels, comic books, action figures, apparel and more. To date, the Halo franchise has sold more than 42 million copies to date, with franchise sales eclipsing $3 billion over its lifetime. “Halo 4” marks the beginning of a new saga in the iconic franchise, as Master Chief returns to confront his own destiny and an ancient evil that threatens the fate of the entire universe. Developed by 343 Industries exclusively for Xbox 360, “Halo 4” will release on Nov. 6, 2012.