If he never releases another piece of music for as long as he lives, he’ll still be the guy who made “Somebody That I Used To Know.”

Released under the stage-name Gotye, this song is head-spin-ingly popular.

It is, if you’ll forgive me for saying so, a bona-fide, worldwide phenomenon. 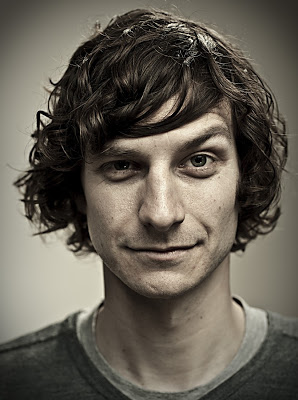 In America alone, it has spent nearly eight months on the charts, which is to say nothing of the nine Platinum certifications it has received in Backer’s home county of Australia, the million copies it sold in the UK, and the fact that it is the most downloaded song ever in Belgium.

But you don’t need statistics to prove that this song has struck a chord with people; all you need to do is check YouTube.

Covers of “Somebody That I Used To Know” are something of a cottage industry online. There are a capella covers, heavy metal covers, even a cover performed by five people using a single guitar… which, in turn, has spawned its own sub-genre of covers.

The enormity of this song’s popularity is best represented by “Somebodies: A Youtube Orchestra,” a video mash-up that takes elements from hundreds of different covers and combines them into one incredible piece of music. Aside from demonstrating the insane numbers of people who have put their own spin on the song, it’s just a downright cool piece of music and video editing, made even cooler by the fact that Backer himself put it together.

Making Mirrors, the album that spawned “Somebody,” mostly sounds like what you’d expect. 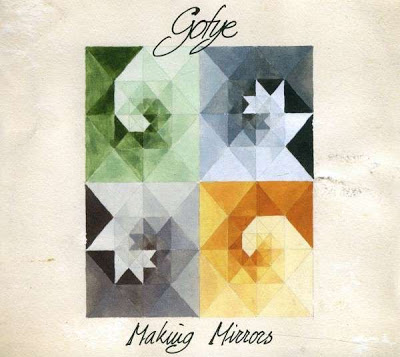 Backer has a strong pop sensibility that is enhanced, not obscured, by his idiosyncratic musical sensibility. Making Mirrors takes a few turns into the bizarre, such as the vocoder-heavy “State of the Art,” but it also contains a few songs that would actually make more sense as singles than the one we got.

With that in mind, and with my mind set on the musical betterment of you, dear reader, I plunged headfirst into the previous two albums that Wally de Backer has released as Gotye: 2003’s Boardface and 2006’s Like Drawing Blood.

My heart aches for the young girl who, having survived her sophomore-year breakup only by listening to “Somebody That I Used To Know” on repeat for a week straight, picks up the first two Gotye albums. Starting up Boardface, she expects to hear the soothing voice of Backer over strange yet melodic music. Instead she is greeted with ominous strings, dusty samples, trip-hop beats and distorted vocals. Confused and agitated, she shuts off the record, rips her Gotye poster off the wall and swears to never again fall victim to the charms of an Australian singer-songwriter.

Make no mistake: these albums are weird, and if you enjoy Making Mirrors, you’re probably not going to find much in them to enjoy. You’ll have better luck with Like Drawing Blood, though; most of the tracks are anchored by Backer’s skillful use of melody, and the song “Learnalilgivinanlovin” is actually one of the most pop-friendly things he’s ever made. It doesn’t feel like a song that Backer produced with the intention of getting on the radio, though. It seems more likely that Backer decided out of the blue that, yeah, it might be cool to do a Motown-inspired song with funk guitar and a horn section, let’s just throw it in the middle of the album!

Backer’s voice, possibly the best of the many instruments he commands, has a much smaller presence on Boardface. Four of the album’s twelve tracks are given over to guest vocalists, and on the tracks where he does sing, Backer’s vocals are either delivered in a whisper or they’re buried so deep in the mix that they fade into a low, droning sound.

I found plenty to like on the first two Gotye albums, even though it’s not my preferred genre of music. Still, something didn’t seem right: where did this man, who spent the first seven years of his career making weird, hook-less music learn to write pop songs so well?

The answer: in his band, The Basics.

Maybe I was the last person on Earth to find out, but it wasn’t until I began my research for this article that I even knew Backer was in a band. Like their name implies, The Basics are all about straightforward, no-frills rock and roll. Each of the band’s three members contributes vocals and each of them plays a single instrument: drums, guitar and bass.

Now it all made sense! When I only knew about Backer from his pop hit, the early Gotye albums were shocking in how full-on weird they were. But when I found out that he was in an old-fashioned Australian rock band known for its energetic live shows and traditional musicianship, everything clicked. Originally, Gotye was just a side project, and as we all know, the entire point of a side project is to contain whatever weirdness the artist needs to get out of his system so that the band can keep making music people want to hear.

The Basics were so committed to re-producing the feel of classic rock and roll that they actually named their first album Get Back, and yes, it does show a heavy Beatles influence, how did you know? As they went on to produce two more full-length records and a couple of EPs, they added a few flourishes to their sound that would land them squarely in the “indie-rock” category, but they never moved away from being a straight-up rock band.

And a good one, at that. I’m not fully qualified to recommend Gotye’s first two albums, but I can say without a doubt that all of the albums by The Basics are awesome and you should listen to them. They’re on hiatus right now, but there’s plenty here to keep you occupied until they get back together… though, given the success that Backer is currently experiencing, who knows when that will be?

At the beginning of his career, Backer was in two musical projects: one was the absolute definition of catchy, unpretentious rock music, the other was abstract, ornate and semi-impenetrable…  but by the time he made Making Mirrors, he had reached an almost perfect fusion of his two sensibilities.

But you don’t need to take my word for it. Ask anyone!

I’m serious. You can ask literally anyone. I doubt there’s a single person alive who hasn’t heard “Somebody That I Used To Know.”

On the incredibly low chance that you find someone who hasn’t heard this song, please direct him or her to YouTube (or this very post) so they can join the rest of humanity.

In this article:History, Music, Music Review, Written by Jason Edwards