As it was with many folks, my life recently was taken up by the Olympics.

The Olympics really are built for nerds. 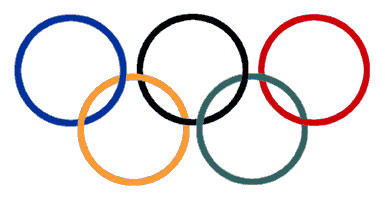 Cataloging a boatload of characters with countries and backstories to follow. Immersing yourself in the culture of the host nation? Figuring out time zones and navigating both online streaming and TV broadcast schedules?

And then there are the sports.

The Olympics are the only place where cool-guy sports such as track sprinting, basketball and volleyball are put alongside prime geek sports – table tennis, fencing, archery, and jumping 30 feet in the air on a giant death-defying trampoline. And there’s something called a Velodrome. Anything with a Velodrome is made for nerds.

Even the athletes have their pockets of nerd/geek/dork. Think of the super-intense dedication spent in a lifetime to attain world-class mastery at something? Gotta have some geek in you for that. Even Michael Phelps, the world’s most decorated Olympian, comes off pretty dorky half the time, right?

And this year’s London Olympics opening ceremony was a celebration of nerds.

How couldn’t it be, with Trainspotting director Danny Boyle at the helm? We had Kenneth Branagh reciting The Tempest, Queen Elizabeth II parachuting with James Bond, Mr. Bean faking his way through “Chariots of Fire.” And Tim Berners-Lee, inventor of the World Wide Web, overseeing a 21st-century meet-cute.

I loved Boyle’s unabashedly British, inside-jokey, kaleidoscope view of Britain and its history, putting grit and grime right alongside majesty and empire.

And it made me think: Why can’t black history look like Danny Boyle’s vision?

When I think of black history in this country, it’s become this calcified thing that gets trotted out in February and then put back in the box until someone reminds us that it’s the first time a black person has done something. It’s a parade of firsts, both great and small.

We had one of those moments at the Olympics. Thanks, Gabby Douglas! 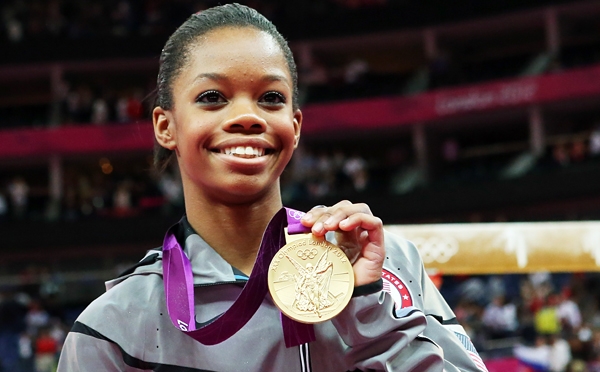 You’re the first Afro-American gymnast to win the individual all-around! Which, while cool, I’m not gonna act like it’s 1968. Gabby belongs to everyone.

So what happened to Carter G. Woodson’s dream? 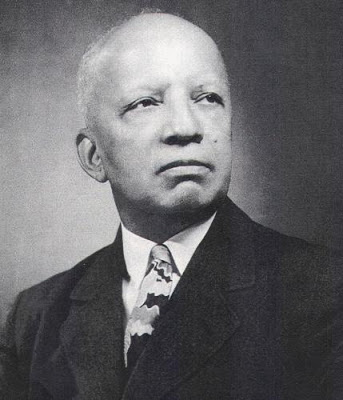 This pioneering scholar saw an American history that wrote out its black children, and said that won’t do. I think Woodson was trying to document the very specific history of Africans in America, and that by showing that difference you would get a fuller picture of true American history. And we’ve gotten some of that.

However, Woodson’s legacy of the Negro History Week that become Black History Month also has a ghettoized trivia contest feel to me.

As a kid, I remember Black History Month as three parts: slavery, a random list of inventors, Martin Luther King Jr. These days, I guess you throw Obama in as the new fourth part.

In my all-black grade school – through age 10, the only white people I ever knew were nuns, priests and a couple of teachers – we had a trivia question of the day announced on the PA system, and the first kid to answer correctly got a prize. It was awesome.

If you’re a white kid or Asian kid or Latino kid or any kid who isn’t black, does Black History Month feel silly to you growing up? I wonder. The extremely peculiar history of Africans in America and the gigantic role of the slave trade and its effects on American history are so far-reaching and dominant. But how apparent is that to non-black children when you throw Black History Month as the only time they hear about medical pioneers such as Charles Drew and Daniel Hale Williams?

February is the only time we talk about Harriet Tubman, who arguably is the most awesome and bad-ass woman in American history. She escaped slavery, traveled back into slave states to free slaves again and again, and served as a Union spy during the Civil War, and no one killed her?!?! We have a billion movies about George Washington, and one – just one! – about Tubman. 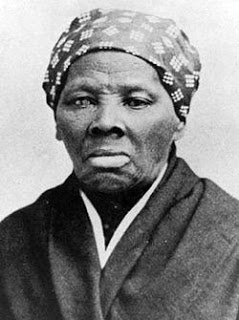 So I’m ready for a reinvention of black history. And I’m not the only one.

Fellow blerd and acquaintance Baratunde Thurston (he was a senior at Harvard when I was a freshman) lays out his desire for a new black history in his book How To Be Black. 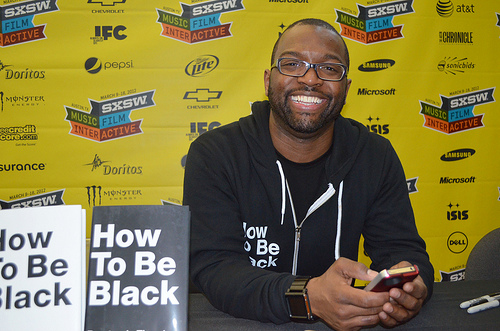 Thurston defines his New Black History as “teaching a more complete and honest history of black people and, thus, America in far more interesting ways.” (Guess my grade-school quiz prizes and reports on Jan Metzeliger would be kaput.)

Part of those interesting ways is to make the understand of black history be more than exclusively negative. Thurston writes: “The quick viewfinder perspective is: snatched from Africa, dragged across the sea in the least accommodating of accommodations, delivered into slavery, stripped of language and religion, freed (reluctantly), terrorized for generations and, generally speaking, treated like crap. My people, this is not an uplifting story.”

Instead, Thurston proposes a New Black History that doesn’t shy away from the abuse, but also puts it side-by-side with black people’s specialness as Americans, and how they helped American put its money where its mouth is about freedom and equality. It’s not a separate story, but a specialized one within the great American story, and we can use Black History Month as a time to highlight a deeper level of blacks in America than is already taught in the general history all year round.

I’m in. And I think a showcase in the style of Danny Boyle’s Olympic opening ceremony is a fine place to start.

What would you like to see in such a pageant? A few elements spring to mind.

I would pay some serious money to see this.

If this doesn’t kickstart the New Black History, I don’t know what will.