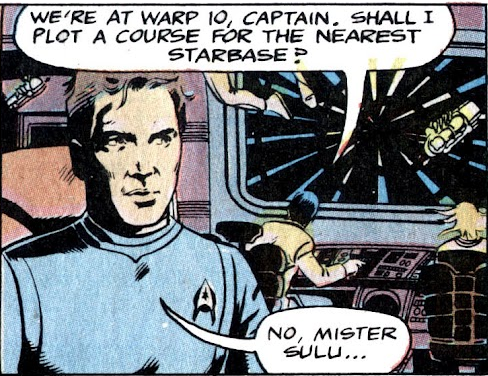 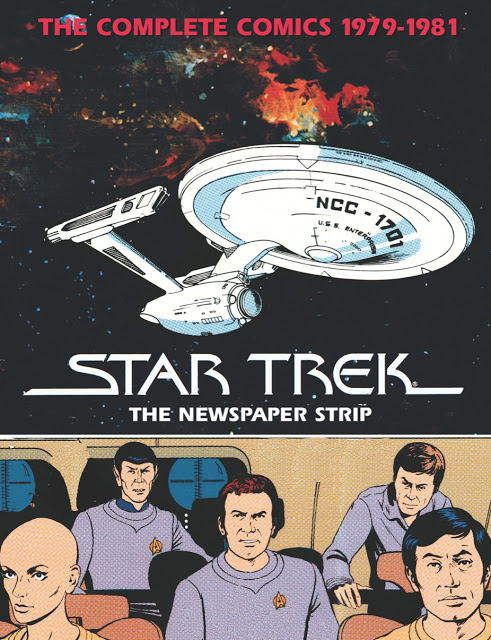 This October, Star Trek fans will join the crew of the U.S.S. Enterprise to boldly go where no one has gone before… in daily adventures collected in STAR TREK: THE NEWSPAPER STRIPS, VOL. 1!

Published in the late 1970s and early 1980s, the Star Trek comic strip debuted on December 2, 1979, and ran in newspapers across the country for four years. This volume presents ten complete story arcs, first helmed by writer and illustrator Thomas Warkentin, before being taken up by writer Sharman DiVono and artist Ron Harris.

“Even most die-hard Trek fans have never seen these strips,” says series editor Dean Mullaney. “It’s going to be a real treat!”

These rare and hard-to-find strips ran seven days a week, and picked up after the events of the first Star Trek film. Daily strips were printed in black and white, while the Sundays were provided in color. For STAR TREK: THE NEWSPAPER STRIPS, VOL. 1, all strips have been lovingly restored by the Library of American Comics. Star Trek expert Rich Handley provides an in-depth introduction, giving a history of the strip.