Ariel S. Winter’s The Twenty-Year Death tells the story of a writer and his wife
whose lives are torn apart by violence and calamity – but tells it in
the form of three separate, complete novels, each set in a different
decade (1931, 1941, 1951) and each written in a style inspired by a
different giant of the mystery genre: Georges Simenon, Raymond Chandler,
and Jim Thompson.  Although each of the three novels is self-contained,
featuring its own detectives, plot, and resolution, the three are woven
together into a larger meta-narrative through the presence of
characters who reappear in all three books, moving from background
figures in the first to take on more prominent roles in the second and
fully occupy the harsh glare of the spotlight in the third.

This Mr. Winter’s first published novel, and no less an authority than Stephen King provided a quote for the book calling it, “Bold, innovative, and thrilling—The Twenty-Year Death crackles with suspense and will keep you up late.”

I had the opportunity to discuss the book with Ariel, as well as his influences, the book’s structure and his current obsessions. 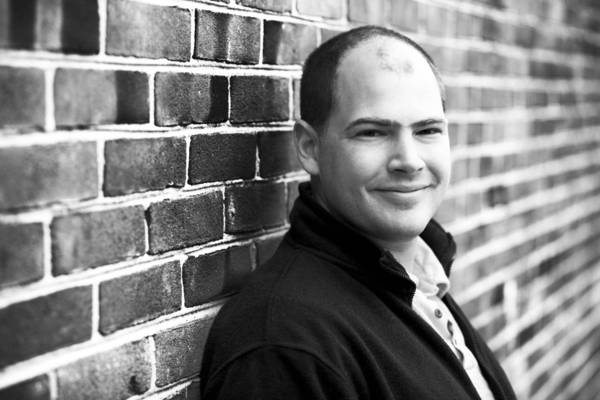 Was the book always conceived to be told in three separate styles? Was it that you felt the story warranted the structure or the concept came first and you built a book around that? Do you feel the concept would have been as strong if you focused on a different genre than crime fiction?

When I started what became The Twenty-Year Death, I was working on a frame narrative within which lived full novels of recognizable genres. Malniveau Prison, which is Book One of The Twenty-Year Death, was the first one I wrote for that novel. When the frame narrative fell apart, the only part of the book I still liked was Malniveau Prison, so I expanded it to novel length, originally with the idea to publish it by itself. My agent at the time wanted to pitch it as the first book in a series, but I wasn’t interested in writing a traditional series of detective novels. So I tried to come up with a different approach to a mystery series. What if I followed a character other than the detective from book to book? From that idea came The Twenty-Year Death. Almost immediately I conceived it as three parts with the second book as Chandler and the third book as Thompson.

Why in particular did you choose Simenon, Chandler and Thompson as the writers you paid homage to? Were there other authors that you considered using?

Simenon was simply because I was reading a lot of Simenon at the time and felt like it was something I could do. When I expanded the concept, Chandler made sense for the narrative, because my main character is a great American writer of the Lost Generation living in France in the 1930s, so by the 1940s, of course he would be in Hollywood writing for the movies. Thompson came about in equal parts, 1) I was a fan, 2) I wanted ten more years to pass between book two and three, which meant I needed a 1950s writer, and 3) Thompson’s style allowed the main character to become the narrator and to complete fall apart.

What were the challenges of writing in another writer’s voice and what did you learn by doing so?

The challenge, if you let yourself think about it too much, is worrying sentence by sentence if this is a sentence Simenon or Chandler or Thompson would have written. But in practice, I simply read a few sentences or a paragraph of the writer I was trying to emulate to prime the pump, and then just tried to keep that voice in my head while I was writing. The one thing it teaches you is that what the writing sounds like in your head might not have any bearing on what the writing actually sounds like. I’d come back and reread passages at later times, and they just sounded like me to my ear, without the intended author’s voice at all.

You also work and blog in the children’s literature genre. Could you see a similar project work say, imitating the styles of Baum, Carroll and Barrie?

So, I have friends encouraging me to take this three-part-pastiche approach to other genres. I’m reluctant to do that, first because I don’t want to get pigeonholed, but also because The Twenty-Year Death isn’t meant to just be a trick. It’s meant to say something about the way we perceive a character through the lens of genre, both to highlight how caricatured characters are in genre, but also how viewing a single person through several crucial genre voices draws a fuller picture of that person. Also to track the evolution of crime fiction during a crucial time in the genre’s history, and along with that, to explore what a person’s life would be like if it was described in the literary language concurrent with that moment of life throughout his or her life. Taking that broadly, what if I had used a character that lived over eighty years? Imagine the pulp language before WWI, which still carried some of the flowery verbiage of Victorian literature describing a character’s childhood, and James Patterson’s hard hitting, short chapter style describing the character’s old age. What would your life look like if you think in those terms?

But to get back to your actual question, I have considered doing a picture book that comes from the same impulse. It didn’t come from the thought, can I apply this to other genres, but rather, I got this idea that I thought was really cool and only much later did I realize that I was doing something very similar. Here’s the idea: I want to write about an annual event that has been going on for decades, and I want each two-page spread to be illustrated in the style of America’s most important chldren’s picture book illustrators, so the first spread would be Wanda Gag, then Robert McCloskey, Maurice Sendak, Chris Van Allsburg, etc. so that the narrative reads as a single event, but the art makes that single event take place over one hundred years. As you might imagine, this seems to me like such a hard pitch that I’ve just been sitting on it, waiting to have enough of a track record to get it sold. We’ll see.

In addition to the writers you pay homage to, who are the biggest influence on your work?

Stephen King might be the biggest influence, not only because I’ve read over thirty of his books starting in fourth grade, so he’s been a huge influence throughout my life as a reader, but also because of the importance that On Writing played in my development as a writer. I was in college when On Writing came out. I was already disciplined, writing everyday, but I hadn’t attempted a novel until On Writing pushed me to it. I took so much of his advice as law, to the point that I might have been harder on myself than I should have been, since living up to King’s ability is impossible for most. I saw him speak years later and he said he’d relaxed some about the way he’d described writing in On Writing, not for himself, but that he’d been made to see that his method worked for him and not for everyone. That was very relieving. Then, for King to blurb my book, which was what really started to get people’s attention…it’s beyond words.

What were the challenges, if any, of maintaining/establishing your own voice while paying homage to three very distinctive voices?

I never really worried about that. First, I’ve written many other novels in “my voice.” I didn’t just start out as a mimic. Or rather, I might have started out as a mimic in high school, since we all start out as mimics, but I had had many, many, many years of writing as me before I started The Twenty-Year Death. As I said earlier, the biggest problem was that it would sound one way in my head when I wrote it, and another way when I reread it, so that my concern was more whether I sounded at all like the writers I was trying to capture, since I was afraid it all just sounded like me.

I’ve been rewriting an earlier novel entitled And Other Permanent Things about a family coming together for the eldest daughter’s engagement party only six weeks after the parents have separated. To add to the stress, the youngest daughter gets thrown out of her house that morning for sleeping with her housemate’s boyfriend, and is moving home in the midst of it all. This is the book I promised myself I’d get published after The Twenty-Year Death so hopefully, I’ll make good on that promise and it will find a home soon.

Legos. I’ve gotten back into Legos with a vengeance. In part, because my four-year-old daughter made the leap from Duplos to Legos back in February, but really, that just got me to see how many awesome things the Lego company is doing right now. The videogames, the blind-bag minifig collections, the licensed properties (I have a complete set of the DC Super-Heroes line), the boardgames, the iPhone game, Lego Club magazine, it’s all so cool. My wife’s collecting the Monster Fighters. My daughter has a random collection across many of the systems, and we build whatever. Let’s just say, I was at a wedding this past weekend, and I realized that every conversation I had with everyone, strangers and old friends, included me talking about Legos at some point. It’s not pretty. 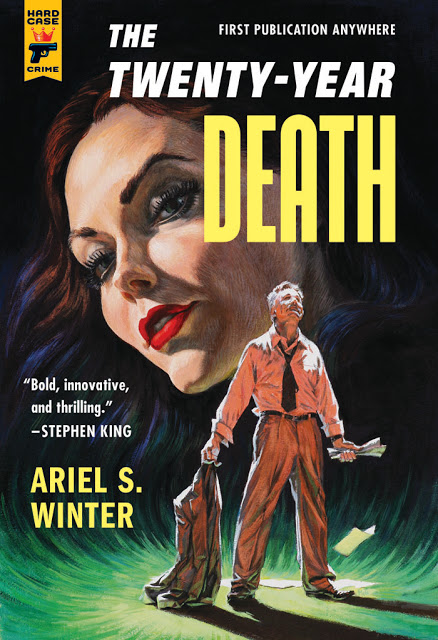 The Twenty-Year Death is available now from Titan Books