The revolution will be televised…

With so much out there in terms of content, trying to wade through it all can be like rowing across the Pacific. The difference between print, publish, and distribute. Telling the difference between webcomic, digital comic, and motion comic. There’s such an influx of content and information, one can scarcely figure out where to start. Even as a creator, trying to decipher it all can be a bit troubling. However, more and more creators are thinking outside the box. They’re doing things that haven’t really been done, or telling stories in a whole new way. It can be refreshing to see the new face of comic books, in a sea of mundane.

One such creator is Jason Reeves.

He’s an artist who has already proven he can tell a tale. He’s branching out again with a story all his own. A story that keeps with his track record. What he does can be described with a single word. Epic.

He is a master of the summer blockbuster-style comic.

His new work is called One Nation, and is something that should not be missed.

So Jason, what was the genesis of the project?

I grew up reading superhero books, and to this day I can’t get enough of them.

But I always felt my heroes never affected any real change in their worlds. These folk who could literally move mountains or create this awesome technology, always seemed to shy away from big world issues like hunger, poverty, etc. I realize it’s heavy stuff even for a guy like Superman to tackle, but isn’t that the point of heroes?

They inspire us to tackle things in the real world with their fictional exploits. I guess for me, personally, that’s something I found lacking in comics so I decided to create heroes that would fulfill that gap.

I was back in New Orleans riding the bus to work and the Gill Scott Heron line; “the revolution will not be televised” kept ringing in my ears.

Superheroes, revolution, the idea just clicked for me.

I’d write a superhero story about a revolution of sorts, that when the dust cleared the world would be irrevocably changed.

John (Milton) and I began mapping out where we wanted these characters to begin and end up. Alverne (Ball) was gracious to come on with cool ideas and the writing chops to make the thing coherent. And Luis (Guerrero) was the final component to make the book shine.

We’ve been working together for a while now on a ton of stuff and that guy is like the Murtaugh to my Riggs. So grateful to have these guys on this ride with me. 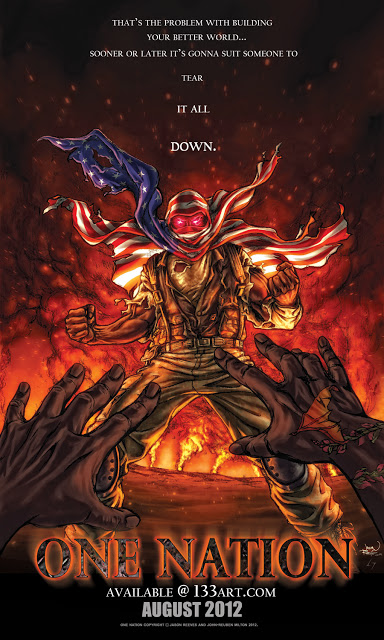 Tell me, who are the main characters of the book?

Deacon Taylor aka Paragon and Sundiata.

Paragon is the wide-eyed optimist with the new super powers (flight, super strength, invulnerable). Full of piss and vinegar, he’s going to solve all our  problems with his powers and fists.

But as we all know problems like poverty aren’t things we can beat up.

Deacon’s all heart but without giving too much away, it’s going to be a rough ride for him.

Sundiata is the old and learned teacher. He’s tried the world one way and that didn’t work out for him so he’s revamped himself into this sage like persona. When he encounters Paragon he sees a being with enough power to tip the scales in his favor. He then decides to teach this kid the ropes.

The question is; is that a good or a bad thing?

A good question indeed.  So, who is the villain of the story? What makes them so bad?

The villains are the hard solved world problems I mentioned earlier, but those aside, there are groups with an interest in keeping our little planet running the way is.

One of these groups in the story are  known as simply, the Gentlemen. They’re just as interested in Paragon as Sundiata. And like Sundiata they believe he will be important to their agenda. Their complete and total self interest is what makes them so bad. They don’t mind stepping on the little guy to meet their ends.

Sounds like a tough customer.  Can you tell us what the overall story is?

One Nation is a five-issue limited series featuring the hero Paragon, ex-military man and the first superhuman the world has ever seen, whose idealistic views of being a superhero and doing good for mankind is challenged when the reality of changing the world hits.

At first harkening in name, design and deed to the likes of Captain America or Superman, as the series progresses Paragon; along with a rising  generation of superhumans called Keramats, find the trappings of being a superhero ill-fitting when it comes to his larger role of saving the world…from itself.

Somebody recently described it as “Superman meets The Hurt Locker“. 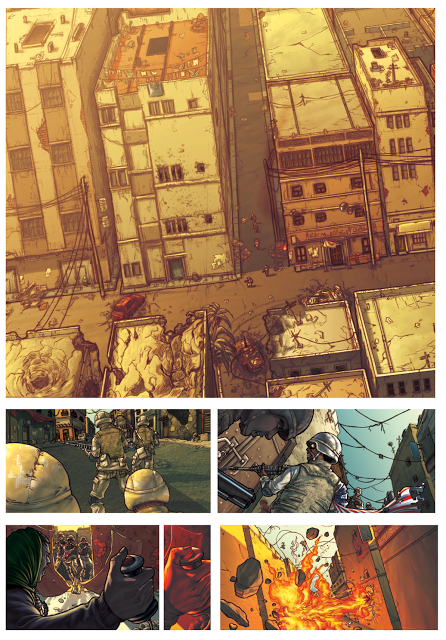 What makes this story unique?

Its cultural diversity makes it special, I think.

The main character is an African-American and many in the main cast come from atypical (for superhero stories anyway) backgrounds. Also the willingness of these guys to take on the big problems and be decisive about it, sometimes to their detriment, but there you go. 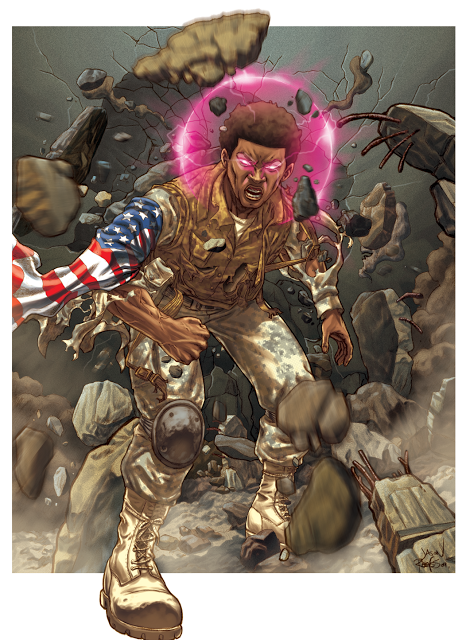 Are you planning to take the digital or print route with this? Any reasons?

Both. I’m one of those guys that still go to the comic shop every Wednesday. I still get that rush of going out and getting the book you’ve been clamoring for all month. I still want to see One Nation on  those shelves. But I also like the convenience of being able to get the same book when I can’t get out to the shop, y’know when I’m chained to the drawing table.

Monetarily, digital is less expensive with the potential of more return and potential wider audience. So as a creator you gotta love that. That’s why One Nation is available in digital and print.

So would you say that this is a character or action driven story?

We’re attempting to balance the two. Heavy on both.

Let’s focus on you for a moment. Why is it you do what you do?

For as long as I can remember I’ve loved stories. I love hearing them, reading them, and telling them. Especially the superhero ones, powers, adversity, triumph, I’m a sucker for all that!

As a creator you must read a lot of work.  Are there any books out there that you’d recommend, other than your own? All time faves?

What would you say is the most important thing in your life?

I got a ton of important things. Gun to my head, I guess…To be spiritually, mentally, and physically positive. I pray to God I have a positive effect on my surroundings and the people in them. My wife.   Friends…a ton of stuff. 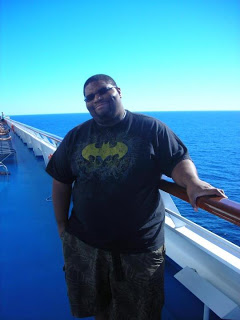 With digital becoming so popular and your name out there all the time, how can people get in contact with you? I’m sure someone would like to pick your brain for a couple minutes.

Have you thought about turning this into a film, or is it something that belongs in the medium only?

Yeah, totally! I’d love to see a One Nation movie.  Any final thoughts for the readers? I just hope folks enjoy the book dude. If you comic guys are looking for a big-time action-adventure superhero yarn with some guts give One Nation a look.

Thank you so much for your time, Jason. I really appreciate it.

In this article:Art/Design, Comic Books/Strips, Interview, Written by William Wilson