It’s been a really good year for album releases by music legends.

There have been great albums turned out by the usually reliable: Neil Young and Crazy Horse, Americana, Patti Smith, Bhangra, Air, La Voyage Dans la Lune, Paul McCartney, Kisses On The Bottom, Tom Jones, Spirit In The Room, and Public Image Ltd., This Is PIL.

The Beach Boys delivered a surprisingly wonderful (and I have to admit, completely unexpected) album, That’s Why God Made The Radio, and two Rock and Roll Hall of Famers released not only among the year’s best albums, they are two of my faves of this year, plus they will also rank alongside these artists discographies finest.

The first album is Dr. John’s Locked Down, reviewed previously here, and the second, the subject of this Mystery Box— the newest album by Reggae legend Jimmy Cliff, astutely entitled Rebirth. 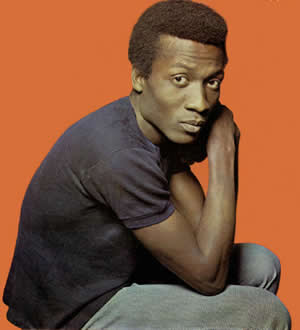 Jimmy Cliff migrated from his hometown of St. James, Jamaica to the capitol, Kingston, at age 13 so that he could attend the Kingston Technical School. Already he had begun writing songs before the move, and now was even more determined, knowing the capitol was the home of Jamaica’s bustling music business.

He was enamored of the Sound Systems that were pumping out music for the local dance parties and knew he wanted to be a singer and songwriting star.

From his bio Cliff recalls, “One night I was walking past a record store and restaurant as they were closing, pushed myself in and convinced one of them, Leslie Kong, to go into the recording business, starting with me.”

Leslie Kong, had begun along with his two brothers running an ice cream parlor, a restaurant and a record store called Beverly’s. The first single of Jimmy Cliff’s that Kong would release on his new record label Beverly’s would be “Dearest Beverly.”

It failed as did a couple more until Cliff finally had a Jamaican hit at age 14 with “Hurricane Hattie.” The song, produced by Leslie Kong, kick-started Jimmy Cliff’s career and would see him working with Leslie Kong for the rest of Kong’s life until Kong’s death in 1971.

Leslie Kong would become one of the seminal figures in Jamaican music, recording the first Bob Marley single “One Cup Of Coffee”/”Judge Not”, and becoming one of the three shareholders (along with Chris Blackwell in the U.K.) who began Island Records. Kong would subsequently record the many early Jamaican music styles, from Ska through Rocksteady and Reggae with artists such as Toots and The Maytals, Joe Higgs, Desmond Dekker, Ken Booth and John Holt. 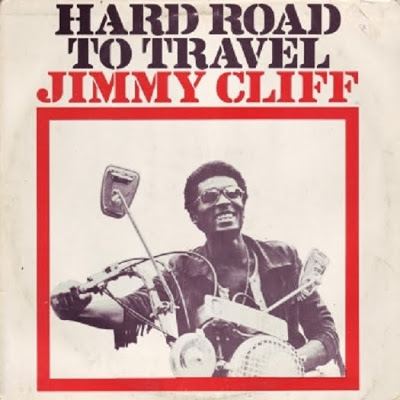 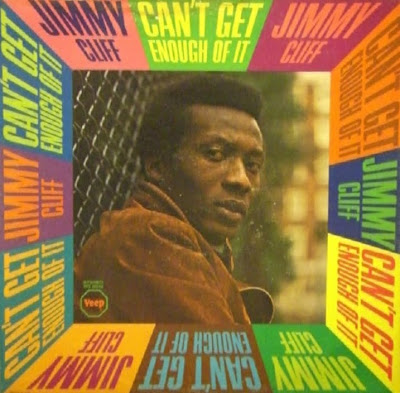 Jimmy Cliff would become one of the Jamaican representatives for the 1964 World’s Fair, and in 1965 he would move to the U.K. to sign with Island Records which was now solely owned by Chris Blackwell after Blackwell bought out Leslie Kong’s portion of the label. Kong continued to license Jamaican music to Island Records. 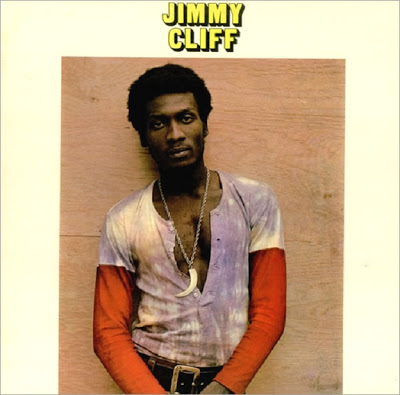 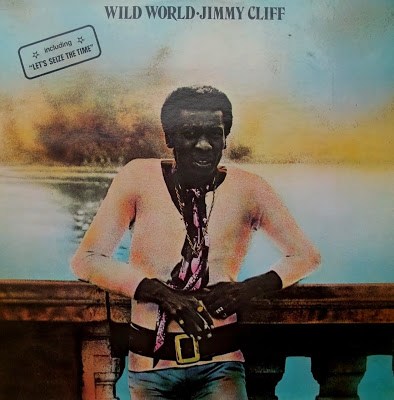 At first Jimmy Cliff was pushed by Island unsuccessfully towards a rock audience.

His debut album for Island, 1968’s Hard Road To Travel, did give Cliff international recognition with the song “Waterfall” and his 1969 album Jimmy Cliff contained the hit songs “Wonderful World, Beautiful People” (a #25 hit in the U.S.!) and one of Bob Dylan’s favorite protest songs, “Vietnam.” A 1970 cover of Cat Stevens “Wild World” would also become a huge U.K. hit single.

The Harder They Come 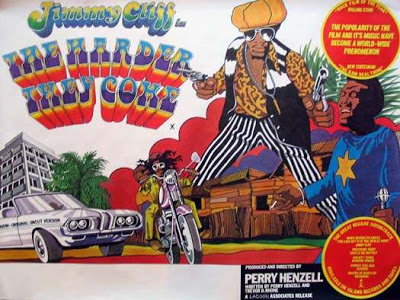 In 1972 Jimmy Cliff’s starring role as the character Ivanhoe “Ivan” Martin—a young man with nothing but dreams—who comes to Kingston in search of making it in the music business. The film was Jamaican director Perry Henzell’s The Harder They Come.

The movie would bring Cliff international recognition and underground acclaim, but not the mainstream success he was hoping for. It would become the first important Jamaican film and eventually snowball into one of the biggest and greatest of Jamaican films—all propelled by Cliff’s outstanding performance as the Rude Boy rebel, a realistic and gritty portrayal of Jamaica that was a far cry from the touristy beach resorts in Jamaican travel brochures, and a soundtrack album on Island Records that was absolutely astonishing.

The Harder They Come soundtrack included one new song, the title track by Jimmy Cliff (in one of the film’s classic moments, he’s seen recording it in the studio), a couple of older Cliff songs, and a remainder of songs by various Jamaican artists.

Director Perry Henzell compiled the soundtrack quickly, using some of his favorite tracks that he though might work in the film. They ended up working with the film miraculously, as if they were expertly scripted to the visuals. The album brought attention to Reggae music around the world and the soundtrack has since been acknowledged as among one of the greatest albums of all time, and for myself, it is up there with my all time faves.

So you would think the everything was right for Jimmy Cliff to become a superstar, however, The Harder They Come was not released in the U.S. until 1975, and earlier, Island Records focused on another Jamaican artist signed to their roster, Bob Marley…

After The Harder They Come, Jimmy Cliff briefly left the music business and traveled as a new Islamic convert to Africa.

He returned, with his new religion influencing his material and signed with Reprise Records in the U.S. and EMI in the U.K. and then later Columbia Records. Over the decades Cliff continued to release albums, tour worldwide, make film appearances (1986’s Club Paradise), have songs appear on soundtracks (a cover of Johnny Nash’s “I Can See Clearly Now” was a hit from the 1993 film Cool Runnings) have his songs covered by other artists, contribute to both the We Are The World and Sun City benefit albums, and make guest appearances on other artists’ albums (the Rolling Stones’ 1986 Dirty Work). 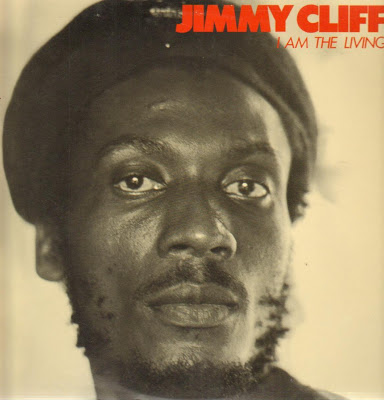 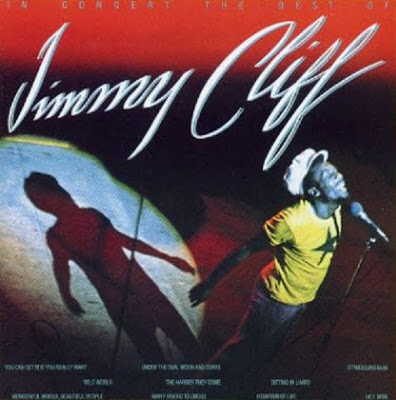 Yet, he never quite regained the remarkable ascension that had been promised with The Harder They Come.

Yes, some albums were very good, his voice still outstanding and his tours always wonderful, but at times he reached for too many modern sounds, and seemed to lose the vibrancy and spark of his earlier work. With his 2004 album Black Magic Jimmy Cliff took a turn into making a duets album, for myself always a warning sign of a career on the slide.

Even with such luminaries as Joe Strummer, Sting and Wyclef Jean on board, the album is decent but seems too much a slick, modern hodgepodge of trying too hard and coming off more lightweight.

Still a promising bit of news came when Jimmy Cliff was inducted into the Rock and Roll Hall of Fame in 2010. This was at least a sign of how appreciated his contributions to music have been.

But damn, Ivan, your fire has surely been missed!

In 1987 a California band called Operation Ivy became one of the earliest bands to fuse hardcore punk with ska, to create “ska-core.” Two members, Matt Freeman and Tim Armstrong, also played in a bunch of side project bands, with one that ended up becoming a huge bestselling, critically acclaimed, hit making major label act—Rancid.

Always the devoted reggae fan and a huge Jimmy Cliff fan, Tim Armstrong was intent on getting the singer back to his roots, and to write songs and create the music that he began with, utilizing the styles and the sounds that were a part of that classic time period of Jamaican music. He also knew that there always was a connection between punk rock and reggae, with the rebelliousness of both apparent, and with bands such as The Clash closing any gaps that the two genres might have ever had. 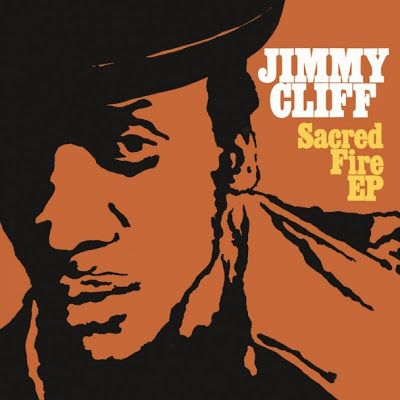 Cliff and Armstrong’s first collaboration together was a cover of The Clash’s “Guns Of Brixton” and then a five song E.P. called Sacred Fire. The E.P. contained “Guns Of Brixton”, one Cliff original song “Ship Is Sailing”, a cover of Bob Dylan’s “A Hard Rain’s A-Gonna Fall” a cover of Rancid’s hit song “Ruby Soho” and a reworked “Brixton Version”.

Things could not have worked out better, with Cliff’s voice so well suited to the material making it all his own. Critics took notice and reggae/rock/punk and pop fans knew something special was taking place. As a producer, Tim Armstrong and his backing band, named The Engine Room, were strict to adhere to using vintage equipment, both for their own instrumentation and for the recording studio equipment. 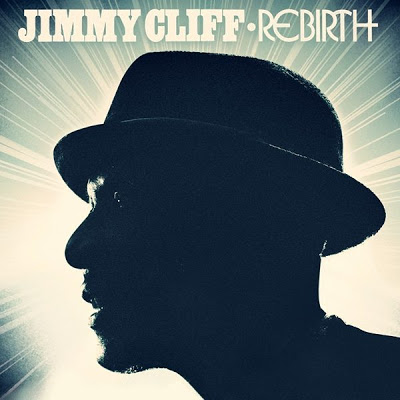 2012’s full length album Rebirth, is so named because Jimmy Cliff feels his career is experiencing a new rebirth, both in rediscovering his musical roots and the new-found acclaim that has been garnering.

To call Rebirth a full on Jimmy Cliff comeback, a return to form, and one of the year’s best, is not to merely heap faint praise. From the opening track “World Upside Down” Cliff’s songwriting is better than it has been in a long time, his voice youthfully strong, and the music full-on authentically vintage Jamaica.

“One More” the album’s first single, is so good it requires repeated listenings. In the song, Cliff delivers his statement of purpose for Rebirth: “I got on more shot at the goal/straight from the soul/I’m in control”.

All of the musical colors of reggae, from ska to bluebeat, rocksteady to the deepest of roots are present on the album. There isn’t a solitary misstep, a clunker or a misguided attempt to cash in on any modern trends. One hears the vintage magic of Lee Scratch Perry’s Upsetters, Studio One Productions and all those great early Leslie Kong platters. 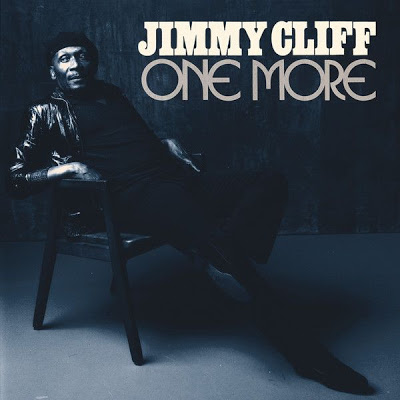 “Guns Of Brixton,” “Ruby Soho” and “Ship Is Sailing” all feature on the track listing as well as a song that really showcases just how great an album this is: To a galloping beat, “Reggae Music” is Jimmy Cliff’s autobiographical look at his own history, tossing in remarkable wordplay, recounting his days auditioning for Leslie Kong, and the paths that Cliff’s musical career took.

This is not to say that Rebirth ever feels nostalgic or too steeped in the past to be relevant now. That’s hardly the case, as Cliff’s songwriting here is filled with vitriol (“World Upside Down”), societal questioning (“Children’s Bread”) and an underground, outsider defiance (“Rebel Rebel,” “Outsider”).

A tip of the hat to Tim Armstrong for bringing back Jimmy Cliff and perhaps even a resurgence of interest in reggae music in general. Armstrong has managed to spurn on Cliff’s songwriting, to capture the sounds that so well suit his voice and to rebirth his already fascinating career. It could not have been as easy as listening to this wonderful album would make it seem.

Rebirth is a masterpiece and an instant classic. One worthy enough to make even The Harder They Come’s Ivan—in all his guns-a-blazin’ rebel glory—mighty proud indeed.

In this article:History, Music, Rock and Roll Hall of Fame, Ska/Reggae, Written by Robert Jaz