I don’t know much when it comes to literature by H.P. Lovecraft.

Sure, I know a little about it with the whole Cthulhu and Necronomicon stuff, but that is more from popular culture that references the man.

I also know a bit about H.P. Lovecraft himself. 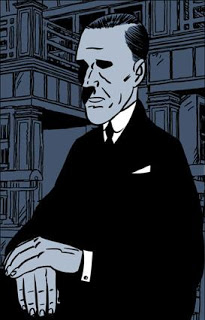 Yes, he was a bit racist, and anti-Semitic and it seemed the man was afraid of nearly everything.

A fear of sex that arguably is portrayed in his fleshy and squishy monsters with their visceral and gross nature, night terrors that made sleeping a scary proposition, and most importantly to the graphic novel I’m reviewing, a simultaneous hatred of the cold due to Lovecraft’s sickly nature, yet fascination with barren unexplored worlds such as the Arctic.

I.N.J. Culbard has done a wonderful job adapting At the Mountains of Madness, which interprets Lovecraft’s terrifying story into a graphic narrative. 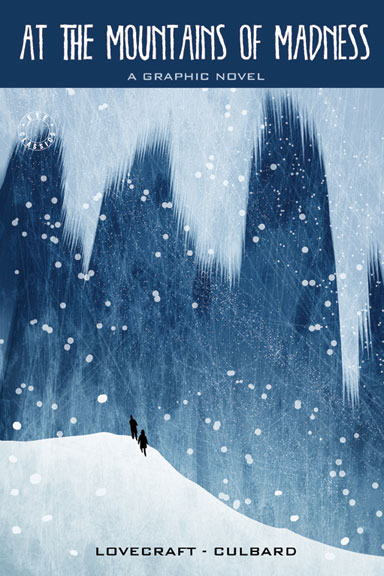 With this tale of scientists in the Antarctic, Lovecraft and Culbard literally create a picture of a bleak, desolate landscape with seemingly nothing around for miles but snow and ice. Our aforementioned protagonists are at the South Pole for the purposes of getting mineral samples, but as they stumble upon strange remains of unknown creatures they find themselves drawn to figuring out just what sort of animals—nay, monsters—they could have found. 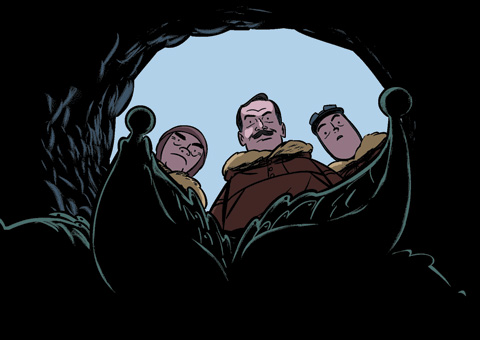 A sense of dread permeates the book, from the never-ending cold to how we see the bloody aftermath of what happens when scientists awake, “The Elder Ones.” We never actually see any gruesome acts take place resulting in the after-effects we do witness being all the more disturbing.

I literally squirmed uncomfortably in my seat during the scene where a scientist describes dissecting one of the seemingly-dead creatures with illustrations showing the alien being in all its gross-out glory. I probably was squirming because I learned from the movie, The Thing,  which also happens to involve aliens in the Antarctic, that nothing good ever comes from trying to cut-up a mysterious creature. 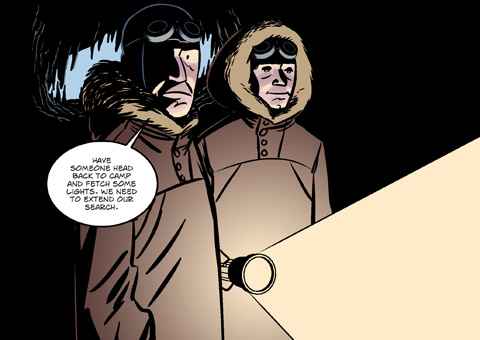 As our protagonists see their numbers dwindle, two happen to come upon an ancient abandoned city,
which is gorgeously rendered by Culbard as something at once imposing and eerie in its emptiness. While one of my complaints with this story may be how the scientists decode everything in this ancient city with way too much ease, dumping exposition upon us at an alarming rate, the book does sort of explain how this knowledge could have been gained from a nightmarish book known as the Necronomicon.

Yes, this Lovecraft story combines many of his favorite themes as the foreword points out, to create a cohesive story followers of Lovecraft will especially enjoy with all its call-backs to the aforementioned Necronomicon, Shoggoths, and Elder Ones. Those of you like me who know just a little of all this mythos will definitely appreciate the scientists explaining all the back-story even if it is shoe-horned in as I mentioned. 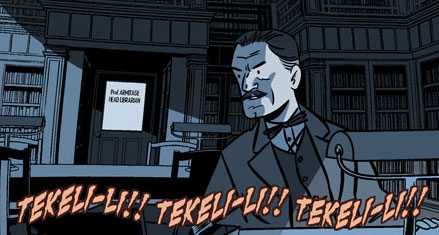 It isn’t all the back-story we get about the strange creatures that populate Lovecraft’s works which I enjoyed the most however. No, it was the aforementioned constant feeling of unease that the book carries, with you knowing terrible things are bound to happen to many of the men on this expedition and all you can do is wait to see what terrible fates await them.

This unease is elevated by Culbard’s expert artwork. It is at times minimalistic, with the scientists looking almost like cartoon caricatures, and other times hyper-detailed such as when depicting a breathtaking view of the creepy city. While one often will feel uncomfortable with the more gut-wrenching bits of the story such as the aforementioned scene where an ancient monster is cut-up or we see the horrible remains of the men who dared attempt to autopsy that which wasn’t quite dead, the story never is overwhelmingly violent or gross. 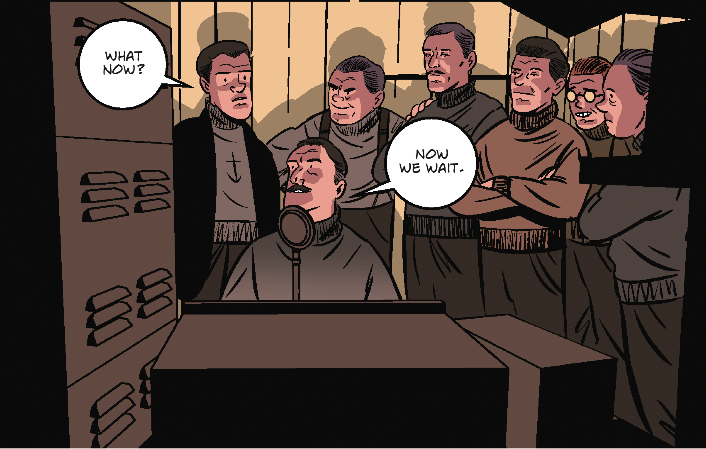 If you don’t know much about Lovecraft but enjoy comics, this is a good way to dip your toe into the literary waters of horror fiction while also getting your fix of illustrated goodness. Also, if you are fond of Lovecraft’s work but don’t read comics much, this is a wonderful way to try them out while sticking with a story that’s bound to be familiar to you. Lastly, if you love horror comics or just horror in general this is also a great read.

So basically no matter how you slice it this is a book worth picking up. 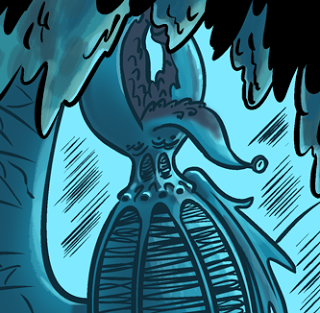 Do so, and hope that you don’t have nightmares.

I myself like the plush versions of Cthulhu you can buy at stores because it takes something horrifying and makes it cute, presumably keeping the Elder Ones out of your dreams. At least that’s what I tell myself at night now that after reading this book I could swear I hear the cries of the monsters when the air conditioner blows—“Tekeli-li, Tekeli-li! “

Yeah, sleeping has been harder lately.