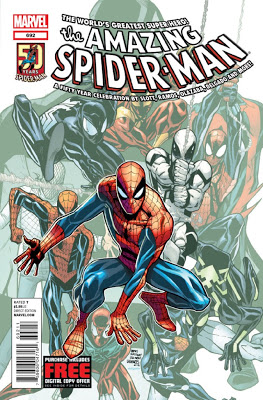 It’s Spider-Man’s Birthday and he is celebrating in style with an oversized Anniversary issue.

So, what does one get a superhero for their fiftieth?

The answer is a sidekick.

Dan Slott introduces the world to underachieving teenager; Andy Maguire. There is nothing special about him at all until a laboratory accident changes his life forever. This is all too familiar to one Peter Parker and he decides to take the youngster under his wing. The writing in this series is consistently entertaining and the artwork and colors bring an energy that would only be suited for the wall crawler.

At first, I was puzzled as to why Spider-Man would not be the focus this issue. However, a landmark such as this should bring about new horizons that justify the occasion and the elevated price tag.

Without question Spider-Man is one of the most popular characters not only in comic books but in pop culture. Everyone should join in on the party and pick up this book.

Now, I wonder what he wished for when he blew out the candles on his cake? 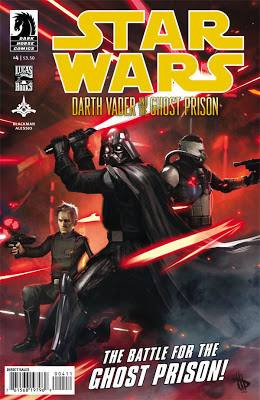 The last issue saw Lieutenant Laurita Tohm, Moff Trachta and Darth Vader hiding out on a secret Jedi prison while the Emperor is in critical condition.

In order to successfully implement their strategy, they need an army in order to retake Corusant. Tohm suggests the prisoners but Darth Vader doesn’t want them all and decides to hold “tryouts”.

The plot’s ingenuity really shines here. When Tohm conducts a background check on the prisoners, he notices they all have one thing in common: an arrest at the hands of Anakin Skywalker.

Tohm feels Vader is simply using Sith methods to create an army but he doesn’t know that he is really standing next to the very individuals who knows prisoners better than anyone.

Agustin Alessio’s art has been solid throughout the series and I see no signs of him slowing down.

This will probably go down as the best Star Wars series of the year as the 20 year gap between episodes III & IV are a writer’s dream because there is so much ground to cover. 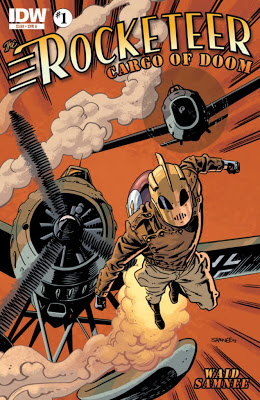 It’s safe to say that Mark Waid could write an entertaining comic book about paint drying on a wall.

The story opens and really revolves around with a young aspiring pilot named Sally who gets stuck in a sticky situation. She is strong willed and has a big heart. You can’t help but to like her which is always a plus when telling a story.

Chris Samnee brings his talents on board and the detail in his pencil work is something special.

There is a certain authenticity to his work that makes you feel you are reading a comic from the 1940’s. Bellaire’s color treatment is the exclamation mark on one hell of a first issue! 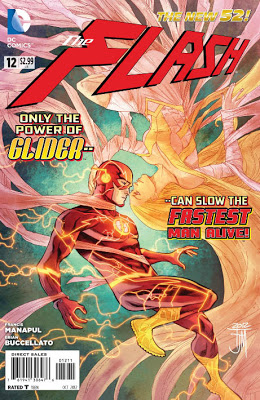 The Flash is the appropriate title for this issue because while reading it, before you know it, it’s over.

The credit goes to the crisp writing of Manapul and Buccellato.

Plot thread after plot thread weaves its way seamlessly through the pages and the artwork perfectly complements this achievement. If this doesn’t convince you to read this book then I have something else for you.

THE ROGUES ARE BACK, and in full force.

There is a twist to this equation as one of them is on the outs and plans to put himself back in by any means necessary.

My fellow constituents at the comic book store and I often discuss whether or not the Rogues should have powers.

It is a welcome change in my opinion and I can’t wait to see what the creative team cooks up next. 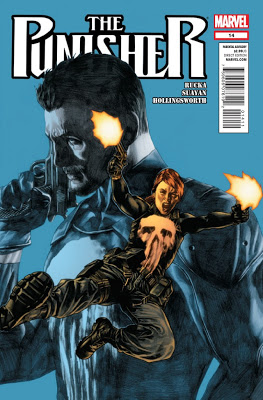 The latest installment of Greg Rucka’s run on The Punisher suggests that something big is coming down the pipe.

Right now, we will just have to settle for another outstanding issue.

I know, I know. It’s a little hard to swallow, but you’ll get over it.

Frank Castle and Rachel Cole-Alves look for a way into the Exchange’s headquarters.

The golden ticket is in the form of a certain piece of super villain paraphernalia. This all leads to a very intense confrontation between Cole-Alves and the puppet master responsible for killing her family.

Everything about the beginning, middle and end of this moment was beyond clever as you never saw any of it coming. This includes Castle swinging in to save the day using one of Spider-Man’s web shooters.

The image has to be seen to be believed and is nicely put together by Mico Suavan.

Overall, this is a solid comic in every way. 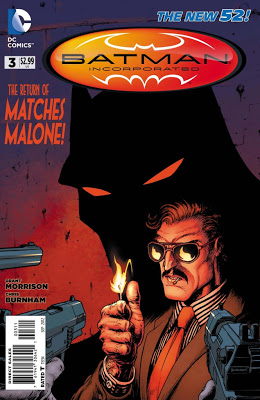 Grant Morrison is giving Scott Snyder some serious competition as to who writes the best Batman series.

This is the issue that was delayed one month due to the tragic shootings in Aurora Colorado.

I personally didn’t think the content in question was a big deal, but kudos to DC Comics for taking the moral high ground. Matches Malone is back in the fold and he is an effective weapon for Batman Incorporated as he sniffs around to find out anything and everything on Leviathan.

It almost seems as if the city is lost and the caped crusader and company just don’t know it.

Was this book worth the wait? The answer is a resounding yes. 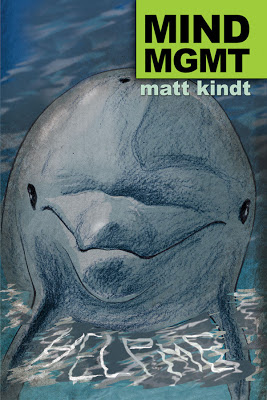 This was one of the rare times I judged a book by its cover.

I couldn’t control myself. It reminds me of the endless hours I spent playing Echo the Dolphin in middle school.

Matt Kindt has created a series that is intriguing to the nth degree.

While children and most teenagers will disagree with my opinion, the shrewd ingenuity of Matt Kindt is evident on every page, every panel and every word balloon. I’d recommend reading the first three issues before jumping in as there is a lot to catch up on.

The gist of the overall story is a down and out author named Meru who is hot on the trail of her next big story.

The Mind MGMT group lurks in the shadows and we come to learn they have played a role in a lot of events in history. If you are looking for something new I recommend you give this series a try.

Here are some other titles that didn’t make the list but may just tickle your fancy.

The Bionic Man #12 (Dynamite Entertainment)
Bionic Man vs. Bionic Bigfoot in a backwoods slug fest. What else to I need to say

Wolverine #312 (Marvel Comics)
Logan ups the violence factor as he gets to the bottom of Sabertooth’s resurrection.