This 1982 Chuck Norris vehicle has no Rotten Tomatoes score, and only 41% of the audience liked it. 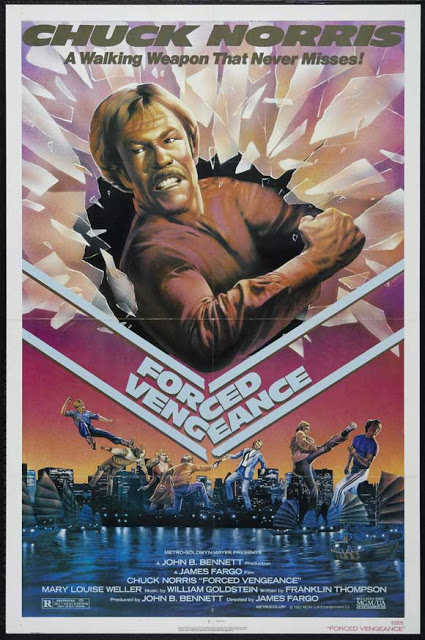 Synopsis
Josh Randall (Norris) is the head of security for a Hong Kong casino. The casino is in financial trouble, and the Osiris Syndicate is moving on them. When they murder Randall’s mentor and foster brother, he goes out for revenge.

(I’m kidding, they never actually say that, I just couldn’t resist using it in a column about an ’80s action movie).

Verdict
Randall may be a walking weapon that never misses, to paraphrase the marketing tagline, but you should give this one a miss.

Let me start by saying that I’ve watched a lot of Chuck Norris movies. I’m talking The Way of the Dragon (AKA Return of the Dragon), Breaker! Breaker!, Good Guys Wear Black, A Force of One, The Octagon, An Eye for an Eye, Silent Rage, and so on.

There was a time when I counted on Chuck Norris to deliver a good rental action movie (VHS in those days, of course). Sometimes I got pleasantly surprised. I still like Lone Wolf McQuade (especially for its cheesiness). Code of Silence was surprisingly good, and The Hitman is also fun to watch. 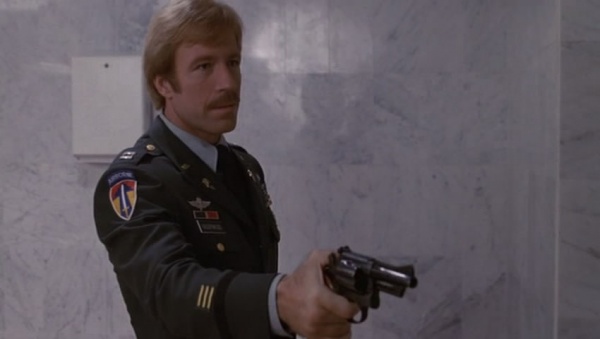 Of course, Jean-Claude van Damme and Steven Seagal came along and stole Chuck’s thunder, but I always respected him for his old school roots (the other two never did a movie with Bruce Lee), and for his skill in Tang Soo Do and Tae Kwon Do, which he studied while serving his country in the US Air Force.

Mock Chuck Norris all you want (and there’s plenty to mock), but no one has ever disputed his martial arts titles.

His acting ability on the other hand… 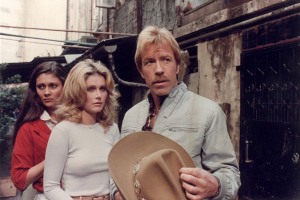 In 1982, Chuck Norris could charm little kids and treat people with sincere kindness and decency. He could not, however, pull off a convincing love scene. Since the murder of his schoolteacher lover is a motivator, that’s a problem.

Several things irritated me about Forced Vengeance distinctly from other Chuck Norris efforts, though.

First off, there’s no excuse for showing us one of the major fights in a Chuck Norris movie during the title sequence of the same movie. Chuck was 10 years into this “acting” career when he made Forced Vengeance. He had a fan base. We were coming to watch him fight. Showing us the fight in the credits just gave us a reason to walk out. We’d already seen what we came for. 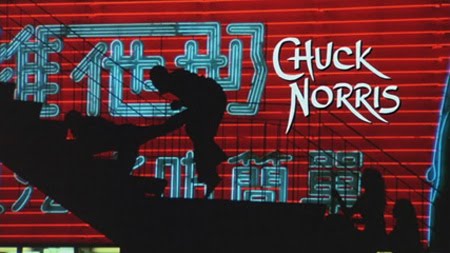 Third, Chuck Norris cannot speak Cantonese. He speaks it phonetically hear, but since meaning comes from inflection, and Chuck’s inflection is pure Oklahoma, he was basically speaking nonsense. It’s obvious that he’s uncomfortable with the language, and since he’s playing a character who’s been in Hong Kong for years and loves it there, that’s a problem.

Fourth, (and this really pissed me off), you made a movie set in Hong Kong in 1982 that shows absolutely no sign of awareness of the fantastic movies being made in that city at that time. We already had Chinese Boxer, Five Deadly Venoms, 36th Chamber of Shaolin, Legendary Weapons of China, Drunken Master, The Fearless Hyena, and even Enter the Fat Dragon by 1982. 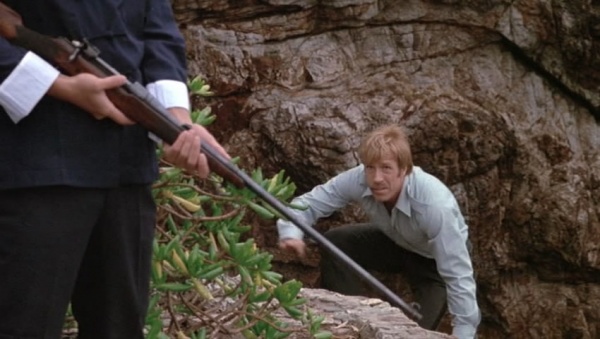 How racist do you have to be not to take advantage of geniuses like Jackie Chan, Yuen Biao, Sammo Hung, Chia Hui Liu (AKA Gordon Liu, AKA the Master Killer), and Bolo Yeung? Yun-fat Chow had been working for six years when they made Forced Vengeance. What missed opportunities!

Seriously. They picked this guy for the villain: 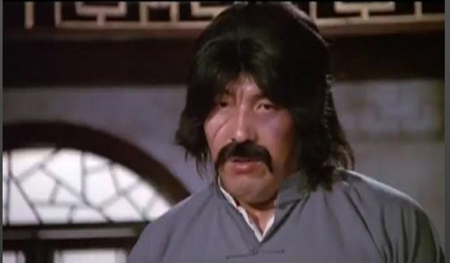 It’s pretty obvious no one who worked on this movie even bothered to watch a Hong Kong action movie. Why should they? Chuck had an established style. They just went with that. Why bother bringing something new, exciting, or original to the screen, right?

I suppose when your director made The Enforcer and Every Which Way But Loose, you don’t expect much in the way of open-mindedness and interest in other cultures.

Actually, I’m sure the real reason was a combination of a) fear that these guys would show up Chuck Norris, and b) a desire to work with people who understood American English.

Not to mention, there was no reason for those people to work as bad guys in an American movie when they could be the heroes in Hong Kong movies.

Overall
It’s boring. It sets a bar in the opening credits that it can never quite hurdle – because it uses footage from itself. It missed a great opportunity to team Chuck Norris with some amazing talent.