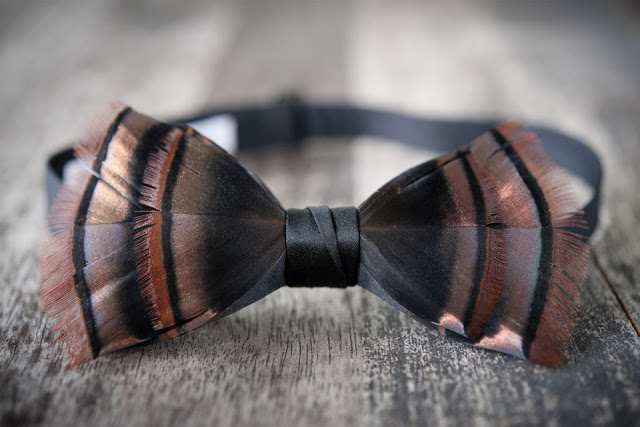 Bow-ties are becoming the “It” accessory this season and because I care about your hipness, I just want to let you know HOW ABSOLUTELY IMPORTANT it is that you start loading up on neckware that was once reserved for jaunty weathermen and Southern gentlemen.

But don’t get suckered in with fancy patterns or fabric decorated with Daleks (everyone is going to be wearing one of those, trust me) instead, swaddle your Adam’s apple in the luxurious tail feathers of pheasants and turkeys from Brackish Bow-ties.

And yes, I did say feathers. 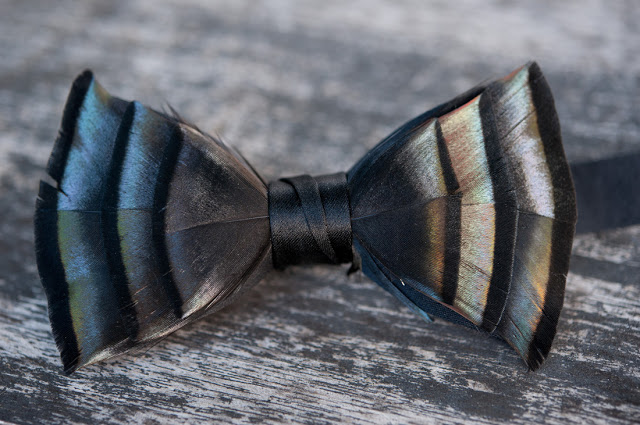 Take the above bow-tie for instance.

This one is called “Jive Turkey” which, I am assuming, is inspired by the movie Airplane and the scene where Mrs. Cleaver speaks 70s Ebonics to a fellow air traveler. Now, wouldn’t you want to have a tie that speaks to a generation of people who once enjoyed the slapstick humor of an Abrahams/Zucker film instead of being the asshole wearing a bow-tie made from the procured fabric of Star Wars bedsheets circa 2000?

I know I would.

So for the love of weird fashion, buy a tie that not only stands out from the crowd, it will probably upset your family at Thanksgiving.

And that’s a win/win situation right there folks.

In this article:Animals, Awesome, Fashion/Style

Cool Shirts Back To School With 80sTees.com

There’s no doubt that the boldest and most personal fashion statement anyone can make is in one’s selection of t-shirt.  Personally, I love them. ...

Kino Lorber is proud to announce the Blu-ray and DVD release of Grace Jones: Bloodlight and Bami, the new film from director Sophie Fiennes...