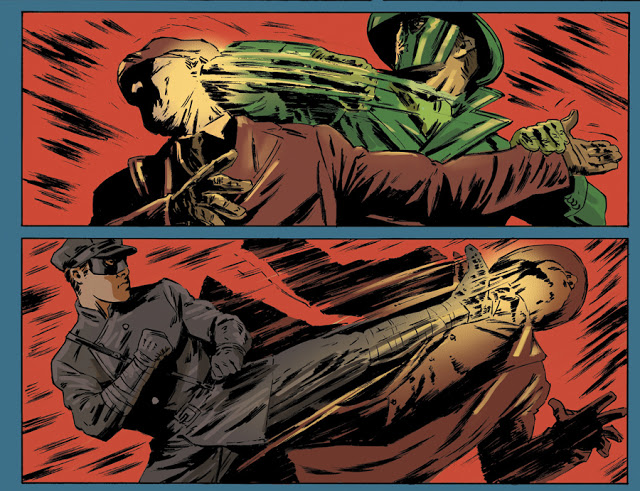 Dynamite is proud to announce multiple Eisner and Harvey Award
winning writer Mark Waid, will be relaunching the Green Hornet in 2013.  Mark
Waid – is one of the premier writers in the comics industry, known for
his critically acclaimed as well as commercial successful books
including Kingdom Come, The Flash, Captain America, Daredevil, and
Fantastic Four as well as the upcoming The Indestructible Hulk.  Green Hornet will also feature covers by Mark Waid’s Eisner and Harvey Award winning Daredevil artist, Paolo Rivera!  Look for Green Hornet and Kato in 2013, from Dynamite Entertainment!

“It
should come as little surprise that I have an affinity for all costumed
crimefighters no matter if their adventures are ‘period pieces’ or
not–heroism is heroism regardless of whatever year’s on the calendar,”
says writer Mark Waid.  “With this Green Hornet project,
which I’ve been percolating on for more than ten years, I’m able to meld
my love of the Hornet’s legacy with a little bit of Citizen Kane and a
lot of Lawrence of Arabia to tell a story never before told–the dark
years of the Hornet’s later career and the one mistake he makes that
nearly costs him everything.”

“I wasn’t very familiar with The
Green Hornet growing up, but I always thought he looked sleek and
stylish – I guess I had a soft spot for old-school heroes,” says cover
artist Paolo Rivera. “I later discovered that he was designed by H. J.
Ward, my favorite painter of all time. The more I learned about Ward,
the more I learned about Britt Reid and Kato, including Reid’s familial
ties to The Lone Ranger. I can’t wait to render my interpretation of the
green team. That, and I miss Mark Waid.”

“Sometimes in life,
things happen for a reason.  We’ve wanted to work with Mark nearly since
Dynamite’s inception. We first approached him about writing a Red Sonja
mini-series, but Mark wasn’t familiar with the character and passed.
Over the years we’ve approached Mark about various projects, but his
schedule did not allow.  We’ve always wanted a strong writer to write
the original Green Hornet, as Matt Wagner has done a fantastic job on
Green Hornet: Year One.  And since Green Hornet: Year One, we hadn’t
found the right writer for a new series.  When Mark’s schedule allowed
for us to finally work together, I asked which character(s) he would
like to write.  Right off the bat, he said the Green Hornet.  I said
“Yes!”.  It was perfect for everyone.  It took awhile, and I’m proud to
say we’re working with Mark Waid on a Green Hornet series, and it is
worth the wait.  Sometimes in life, things happen for a reason.” – Nick
Barrucci, Dynamite Entertainment President 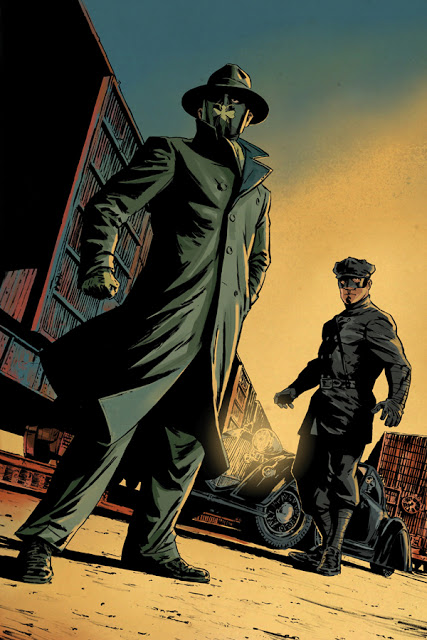