Mitch Planko (Ryan Reynolds) is a guy who only puts out effort on his hair and on picking up women.

Mitch has a dad (Alan Arkin, a national treasure) who’s perpetually disappointed in his son.

Dave Lockwood (Jason Bateman) is bucking for partner at his law firm.

Dave has a beautiful wife (played by Leslie Mann) and three kids.

Mitch lusts after Dave’s wife, wishes he lived in a nicer place, and he would enjoy a steadier source of income and a little respect. 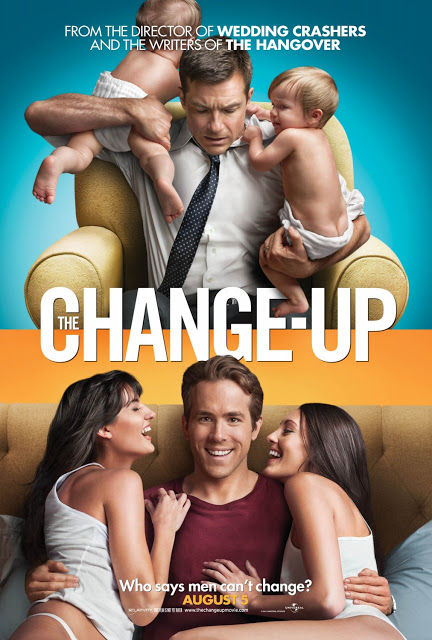 Dave thinks he got married too early and missed sewing his wild oats. He wishes he had less pressure, more sex, and the chance to move his bowels in peace.
So naturally a magic fountain grants their wish to swap places.

Verdict
The charm of the two stars can’t quite conceal the mixed messages.

Let me get some of the usual stuff out of the way.

Dave and Mitch are characters, in contexts, with conflicts. The movie takes the time with both of them to establish who they are, where they are in life, what their relationships are, and the big conflicts they face.

Each character has a three-act story structure.

In Act I, we get introductions and they swap bodies. 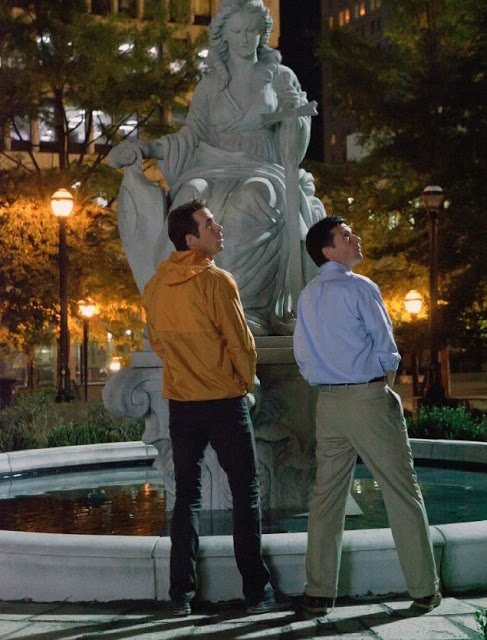 In Act II, they enjoy being in each other’s lives.

In Act III, they realize what they have to fix in their own lives, and race to switch back.

Now let’s talk about the mixed messages. Mitch is supposed to be some kind of womanizer, but the only sex partner we hear about turns out to be a woman in her third trimester of pregnancy who he met in a single mothers’ birthing class – where he went to meet women. 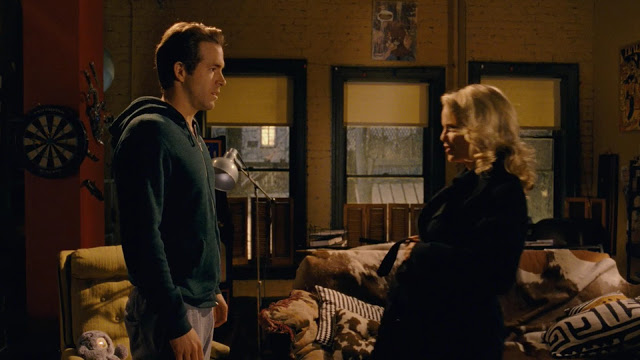 So is he the kind of womanizer that married guys fantasize about being, or is he a low-life sleazebag? Is he a successful player or not? The movie can’t seem to decide.

The movie alludes to why Mitch is a perpetual man-boy, by portraying his father as a man with high-standards who constantly marries and divorces, or is divorced by, women. He doesn’t have an example of how to maintain adult relationships, and his dad may have spent more time chasing women than raising Mitch – but that’s implicit in the film, and should be explicit. 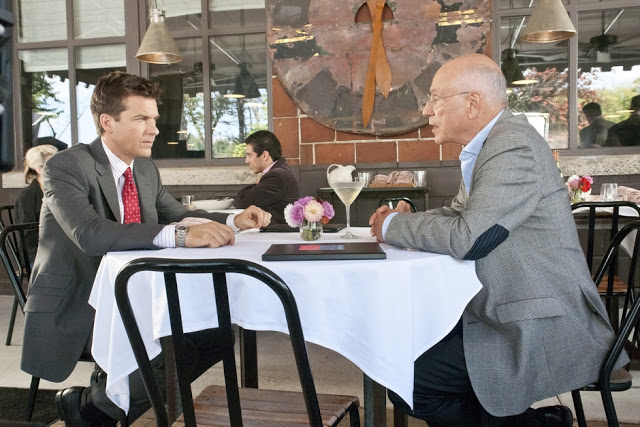 Mitch knows his dad is disappointed in him, and the movie addresses that pretty well, but there’s an undercurrent of anger in Mitch. The movie never really gets to why he’s angry with his dad, and never asks him to get over that.

Dave’s regrets are that he never has any alone time, but his marriage is in trouble because he’s always working. Why does he resent his kids and his wife, but not his work? We don’t know.

Are we supposed to envy Dave’s success? His boss is a racist ass, and Dave has earned, through hard work, everything he has. Maybe we’re supposed to envy his work ethic, but then again it puts his marriage at risk.

Are we supposed to envy Dave’s family? His wife comes across, at first, as being a bit demanding. His oldest daughter gets pushed around by the other girls in her ballet class, because she listens to her parents and never fights back. His twins wake him up in the wee hours of the morning, and the boy of the pair seems pretty self-destructive. Plus, they literally shit on him.

Which is another problem with the movie: The movie can’t decide whether to rely on verbal and character humor or gross-out jokes and humor at the expense of other people. A pregnant woman with sexual desires is normal and natural, but this movie makes that the butt of the jokes in one scene.

There seems to be a sub-plot about the babies figuring out the switch, and trying to kill Mitch while he’s in Dave’s body, but the scene where he’s trying to feed them while they try to kill him has no explanation. Maybe it wound up on the cutting room floor. 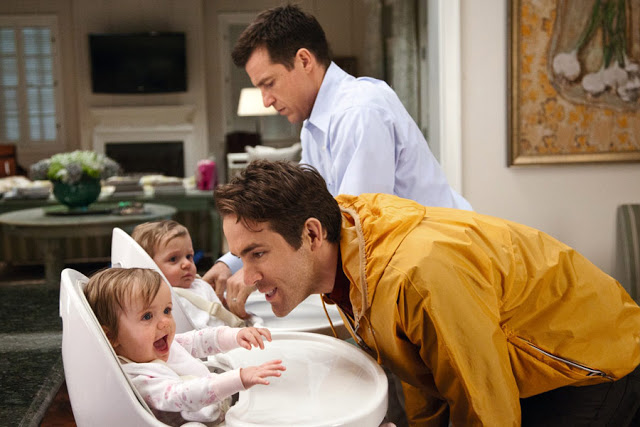 Personally, I was willing to forgive some of the unevenness in comedy in order to watch Reynolds and Bateman, both of whom are warm, charming, and good enough actors to make us want Mitch and Dave to redeem themselves.

This movie is a far better showcase for Bateman’s comedic talents than Horrible Bosses.

I just can’t get passed the mixed messages.

Overall
This is what you get when you let focus groups and marketing influence your writing, or when you purposely write to pander to multiple audiences.

Pick a target and shoot at it.