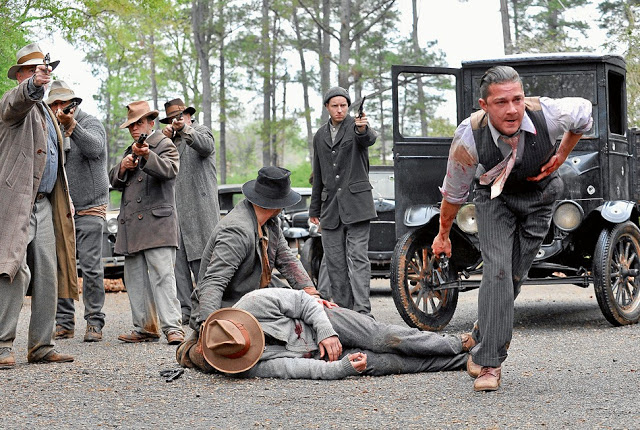 Based On A True Story From Matt Bondurant’s Novel The Wettest County In The World, This Gripping Tale of Brotherhood, Bootlegging, and Murder Heads To Retail On November 27, 2012! 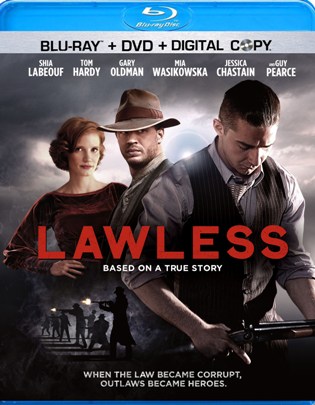 LAWLESS, which was nominated for an illustrious Palme d’Or at the 2012 Cannes International Film Festival, also stars Jason Clarke (Texas Killing Fields, the upcoming The Great Gatsby) and Dane DeHaan (Chronicle, The Place Beyond the Pines).

The Hollywood Reporter called LAWLESS “A gritty and suspenseful bootlegger tale.” Added film critic, Richard Roeper, in his Reelz Channel review, LAWLESS is “A hell of an entertaining movie, I give it an ‘A’!” Wrote Paste magazine film critic, Tyler Chase, “Lawless blends stylish originality with genre standards into a mixture as potent and explosive as Virginia moonshine.”

They were brothers who became outlaws, and outlaws who became heroes… The three Bondurant boys (Shia LaBeouf, Tom Hardy, Jason Clarke), along with their sultry new hire (Jessica Chastain), command the most lucrative bootlegging operation in Franklin County, Virginia. The locals consider them “indestructible.” But the law — in the form of a corrupt special deputy (Guy Pearce) — wants a cut of their action, at any cost. When youngest brother Jack (LaBeouf) gets a taste of power with a deadly gangster (Gary Oldman), the whole business blows sky high. Based on the astonishing true story, the Bondurant brotherhood is the stuff of legend.

The LAWLESS Blu-ray™ Combo Pack and DVD special features include an audio commentary with Director John Hillcoat and Author Matt Bondurant; two featurettes: “The True Story of the Wettest County In The World” and “Franklin County, VA: Then and Now”; Willie Nelson’s “Midnight Run” music video; and deleted scenes. Note: Special features are subject to change.

Learn more about LAWLESS at: https://lawless-film.com/