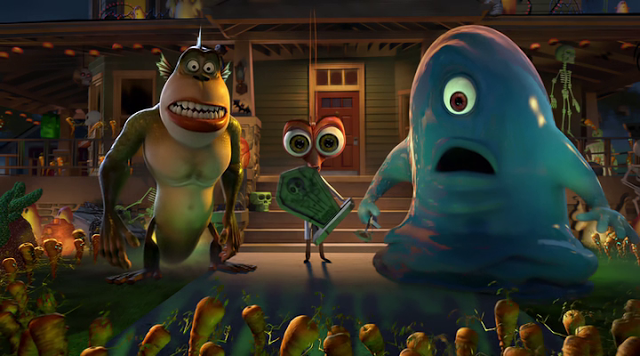 Which is why I’m particularly excited about this release which is available now! 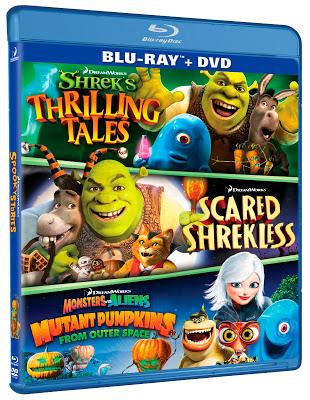 DreamWorks Spooky Stories is the ultimate Halloween compilation, featuring the spookiest and funniest characters from DreamWorks Animation’s successful Shrek and Monsters vs. Aliens
franchises.  Join Shrek, Donkey, Puss and B.O.B. as they get the fright
of their lives in six fun shorts, including two brand NEW titles: Shrek: The Pig Who Cried Wolf and Monsters vs. Aliens: Night of the Living Carrots.  The collection also includes Scared Shrekless, Monsters vs. Aliens: Mutant Pumpkins from Outer Space, The Ghost of Lord Farquaad and the outrageously Shreked out parody of Michael Jackson’s Thriller.