Q&A BEGINS AT 7:00 P.M. FOLLOWED BY SCREENING OF PRINCE OF DARKNESS AT LA LIVE REGAL CINEMAS

Director John Carpenter, the “Master of Horror” will be honored with a Career Achievement Award at the 12th annual Screamfest Horror Film Festival on Saturday, October 20th, beginning at 7 p.m. with a Q&A, and followed by a screening of Carpenter’s 1987 film Prince of Darkness. The event, and all things Screamfest will take place at LA Live Regal Cinemas (1000 West Olympic Blvd., LA, CA).

Carpenter burst onto the horror scene in 1978 with the wildly popular Halloween, followed by such hits as The Fog, The Thing, Christine, Escape From New York, Prince of Darkness, Village of the Damned, and In the Mouth of Madness.

In Carpenter’s Prince of Darkness, a sinister secret has been kept in a basement of an abandoned Los Angeles church for many years. If revealed, it could mean the end of the world. Starring Donald Pleasence, Lisa Blount and Jameson Parker. 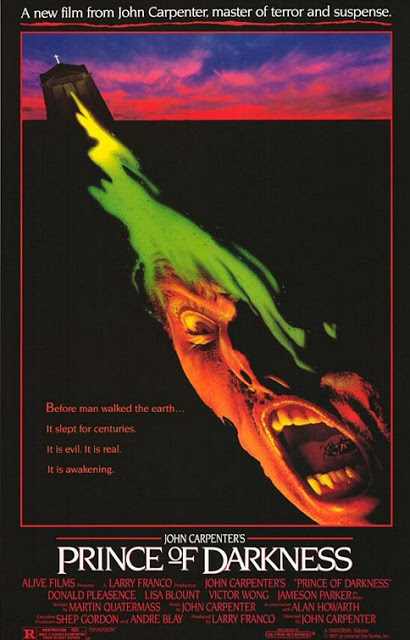 Screamfest® kicks off its 12th annual festival on Friday, October 12 at 8:00 p.m. with the opening night horror The Collection, directed by Marcus Dunstan (writer of Saw IV, V, VI and Saw 3D: The Final Chapter). Screamfest®, the preeminent horror festival in the country, and what the LA Weekly calls “the best place to get a jump on tomorrow’s cult hits” presents the festival in Los Angeles on October 12 through October 21.