John Entwistle was the legendary and highly influential bass player for The Who.

Before Entwistle, pop music fans of all different styles could care less about the bass as an instrument, often not paying that much attention to who was playing it or listening for its sound.

Playing the bass as a lead instrument with a full on volume, treble and bass attack, and with his very specific selection of type of bass, plus what strings and amplification to use, Entwistle brought an uncompromising new approach to the bass guitar. 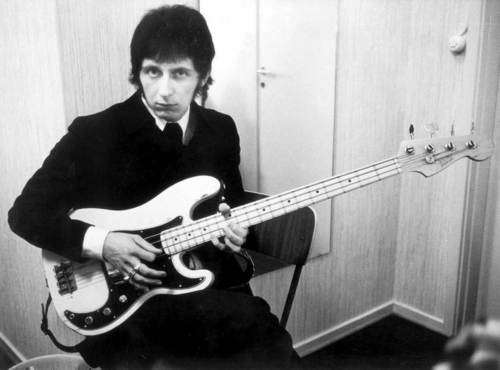 He was also adept at piano, trumpet, synthesizer and The Horn (see note below), which he contributed throughout albums by The Who (it is one of the instruments that really helps make Tommy so special) as well as all over his own solo releases. 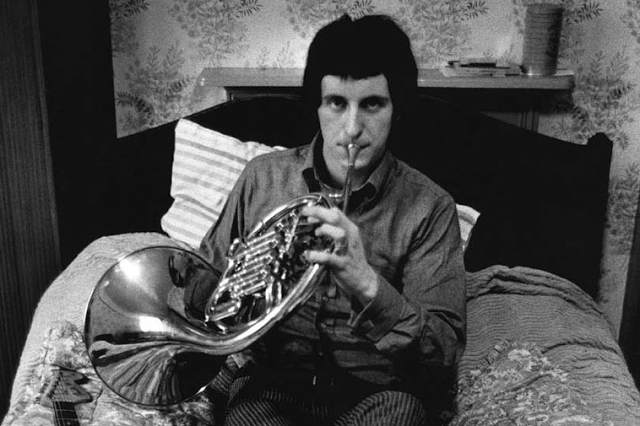 Quick side note: The Horn is commonly referred to by most folks as The French Horn, but in actuality and in orchestras it is only The Horn, as its origins are German and not French.
Due to Entwistle’s strong constitution and an ability to “eat, drink, or do more than the rest of them” he was nicknamed The Ox as well as The Quiet One, when he was described by original Rolling Stones Bill Wyman as “the quietest man in private, but the loudest man on stage.”
Entwistle was one essential quarter of a band with a chemistry that rivaled any to ever make music. Providing a counterpoint to Roger Daltry, the frontman with the dashing looks, powerhouse vocals and swinging microphone, Pete Townshend, the lanky songwriting genius/guitarist with the leaping jumps and windmill arms slashes, and Keith Moon, a.k.a. “Moon The Loon,” the L’Enfant terrible; jokester flaying about, all cymbals and spinning drumsticks, on his Premier drum kit.
Entwistle’s onstage stillness and immovable solidity contained a man, with a very black sense of humor and a songwriting style that was often as outgoing, dastardly whimsical and darkly comical, as Pete Townshend’s was introverted, deeply introspective and more often than not, dryly serious.

At this point I could pick out one essential John Entwistle composition (from The Who’s album A Quick One), and so wonderfully would it encapsulate the above title for this Halloween piece, that I could almost stop writing and just leave you with some of the song’s lyrics:

“Boris The Spider”
(© 1966 John Entwistle)
Look, he’s crawling up my wall
Black and hairy, very small
Now he’s up above my head
Hanging by a little thread

Now he’s dropped on to the floor
Heading for the bedroom door
Maybe he’s as scared as me
Where’s he gone now, I can’t see

There he is wrapped up in a ball
Doesn’t seem to move at all
Perhaps he’s dead, I’ll just make sure
Pick this book up off the floor


According to Pete Townshend, “Boris the Spider” was Jimi Hendrix’s favorite song by The Who, and they loved finding a place for the song in their live sets. 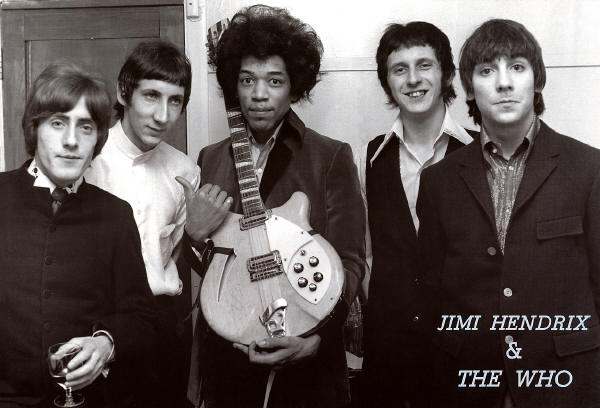 The now commonplace vocal style of so many metal bands often referred to as the “Death Growl” or what I have always termed Cookie Monster vocals can be traced back to Entwistle’s “Boris the Spider” growling vocals, and though it probably originated even earlier with the funny shock R&B vocals by the likes of Screamin’ Jay Hawkins for instance, it is most likely that the heavy horror rock that is “Boris…” is a song that really made an impact on more modern era death metal bands. There were doubtlessly other heavy songs post “Boris…” such as Black Sabbath’s “Iron Man” and King Crimson’s “21st Century Schizoid Man,” that also acted as an influence on the death growl. 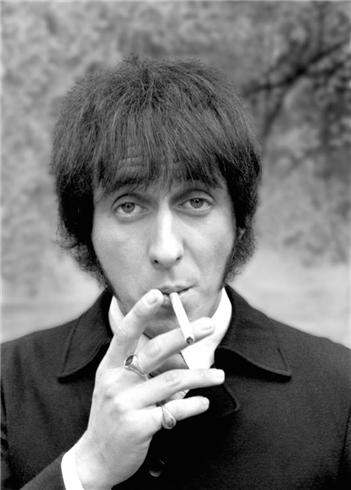 According to The Who lore, Entwistle’s hair was a natural blonde, but he dyed it jet black so that Roger Daltry would stand out more as the blonde singer frontman.

It was a look he would retain for decades. While happy to take a backseat to the others in the band, and even with his memorable songs like “Boris…”, “My Wife” and Whiskey Man” peppering Who albums, he recorded and released the first solo album by a member of The Who, 1971’s Smash Your Head Against The Wall. 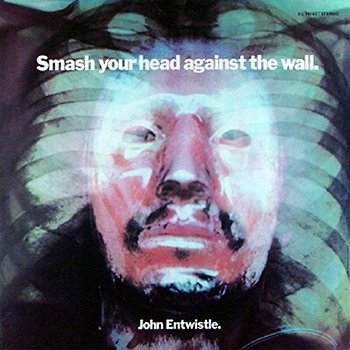 The album, with a disturbing Egyptian sarcophagus-like cover—it actually superimposes John Entwistle wearing his own plastic “death mask” with that of x-rays from lung cancer patient (parodying anti-cigarette smoking ads of the time—well, I said he had a penchant for black humor!)—is Entwistle’s masterpiece.

Not only does it feel like it could have come from the vaults of The Who as a long lost album, Entwistle’s songwriting, production and performances by the band are superb including guest percussion and backing vocals by Keith Moon, The Bonzo Dog Band’s Vivian Stanshall, and The Bonzo Dog Band/Rutles’ Neil Innes. 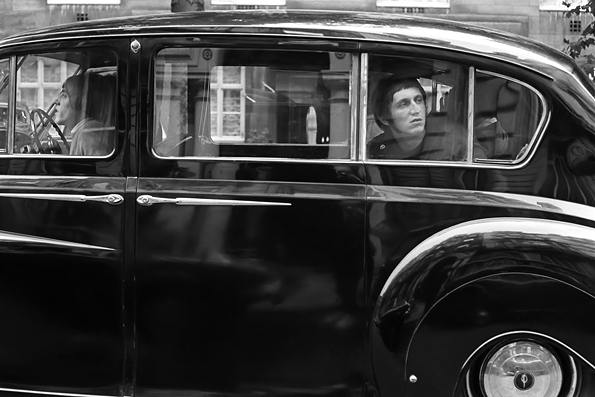 Entwistle’s black humor, inner demons and funeral parlor songwriting runs throughout the album with tracks such as “My Size” (where the smashing a bully’s head against the wall of the album title comes in), a remake of his own Who song “Heaven and Hell” with more Horn, the “Eleanor Rigby” sentiments of “Ted End,” “No. 29 Eternal Youth” and Entwistle as the devil himself in “You’re Mine.” An expanded version of the album includes many demos such as the unreleased and splendidly titled “The Haunted Can Be Free”. 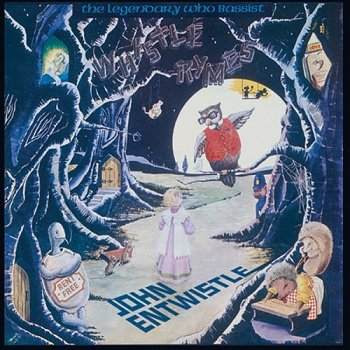 Entwistle would continue with another sparkling solo album entitled Whistle Rymes (1972), another feather in his solo album black cap, that delves into similar themes and morbid sentiments, for instance the album opener “Ten Little Friends” has lyrics such as: 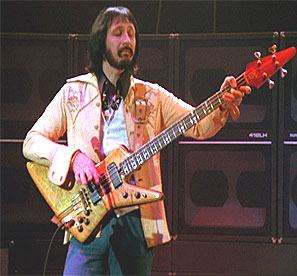 I don’t need no conversation

I got everything I need
I’m happy sitting up here
With my ten little friends, Mr. Bones, and me

I don’t need no television
Ain’t got time to watch TV
I’m too busy sitting here playing
With my ten little friends, Mr. Bones, and me
The album, the first to feature a bass synthesizer, showcases another great band, including guitar from a then unknown Peter Frampton as well as contributions from Keith Moon and Wings‘ Jimmy McCulloch. 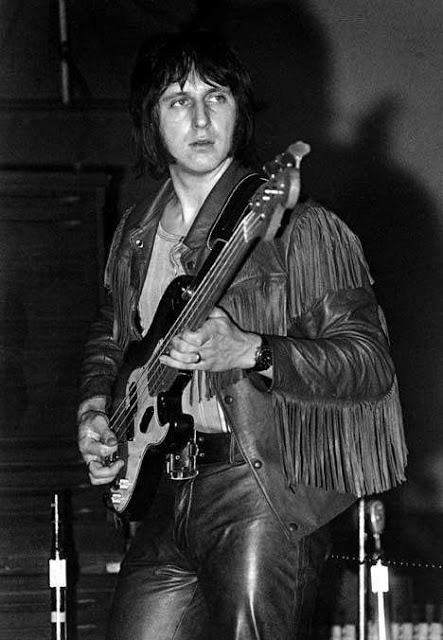 Whistle Rymes contains a little mentioned or written about Entwistle song as its closer, “Nightmare (Please Wake Me Up),” which is a song that not only reinforces my entire point for this article, but I would easily say that with its long, experimental creepy sound, it probably influenced Hugh Cornwell and his band The Stranglers, and is one of my fave Entwistle songs from any of his albums. 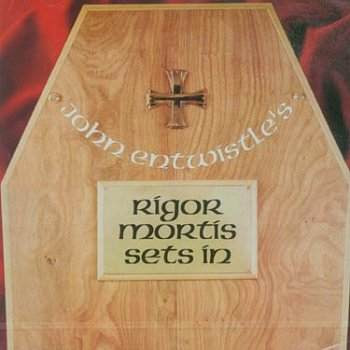 The next two Entwistle solo albums, Rigor Mortis Sets In (1973) and Mad Dog (1975) sport incredible covers and are truly crazed affairs in that Entwistle was parodying classic early rock and roll music, ala say what Frank Zappa or Vivian Stanshall would often do, with loads of cover songs and sound-a-likes.

At the same time he was making a statement about the then modern (classic) rock sounds that he felt were getting tired and boring. 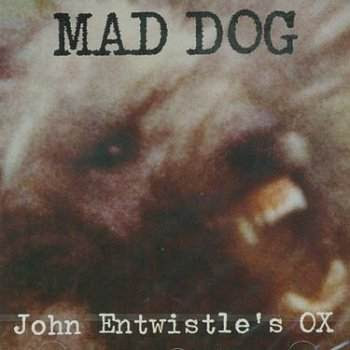 These albums are unusually drunken, very silly (lots of budget money spent on booze) and while not for the casual Entwistle fan looking for the highs of his work with The Who or his first two solo albums, are still really good albums especially when you understand the climate from which they sprang. Mad Dog (released as John Entwitle’s Ox) is often referred to by fans as The Son of Rigor Mortis because the two albums really do work well as a pairing. While derided by many and NOT critically acclaimed (once again always something that always draws me in!) fans of Monty Python’s Flying Circus or The Bonzo Dog Band might find a companion with these two albums. 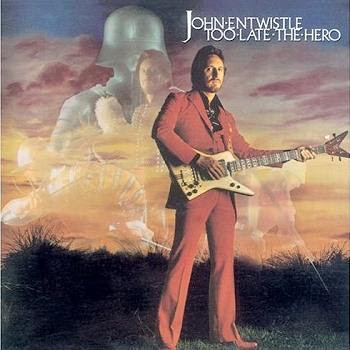 After Mad Dog in ’75, Entwistle took a break from solo work until reappearing in 1981 with the power trio album Too Late The Hero featuring Joe Walsh on guitar and Joe Vitale on drums.

The album displays some powerful bass, some decent songwriting and while it doesn’t really match Entwistle’s previous work, there the John we all love is still there and the album i something a fan might want to seek out. After this there was a terrible and shelved album that finally came out called The Rock, with guest vocalists and a slick bad metal sound.

It is best forgotten. 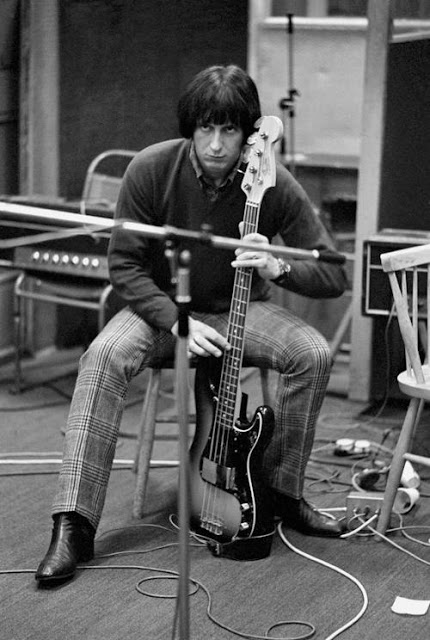 Entwistle continued with some small venue touring in the 80’s and 90’s, and always managed a great live band and excellent show. He was a big part of The Alan Parson’s Tribute:  A Walk Down Abbey Road in 2001 and took part on one of Ringo Starr’s All Starr Band tours.

You can find numerous compilations and live recordings from this period until he became another death by misadventure in June 2002 while The Who was on a reunion tour.

An influence on musicians as wide ranging as Geddy Lee of Rush and Geezer Butler of Black Sabbath to Chris Novaselic of Nirvana. He will always be on top ten lists of the greatest rock bass players of all time. 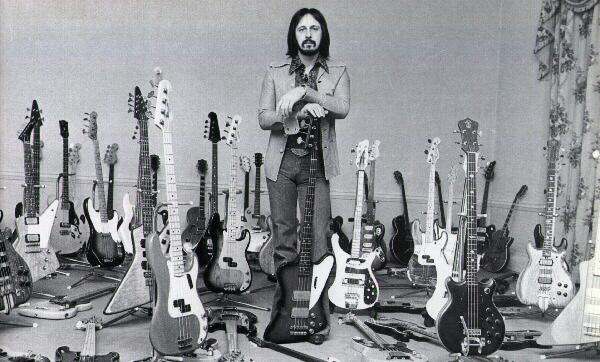 John Entwistle brought something new to the world of Rock n’ Roll, not only as a devoted musical technician but also as a songwriter, and for a decade or two was as mighty a force as anyone that ever thundered on stage. 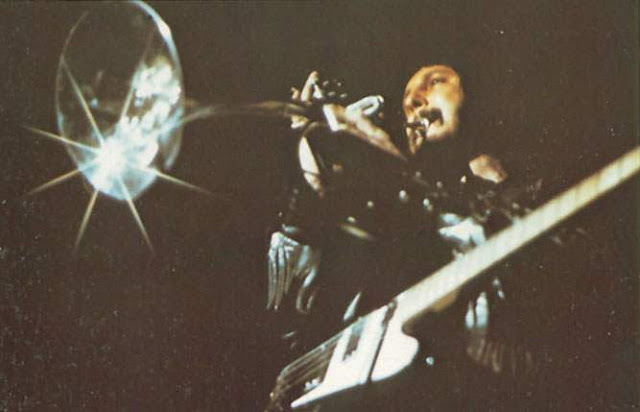 One of his final projects was Music From Van-Pires, a collaborative collection of songs recorded and released by The John Entwistle Band for an animated children’s TV series in 2000. Featuring Death Growl narrative and songs with titles such as “Horror Rock,” Bogey Man,” “Darker Side of Night” and “Left For Dead,” it is not only a heavy dose of wonderfully dark and creepy John Entwistle fun—perfect for Halloween festivities—and it is certainly a fitting way for this ghost story to end… 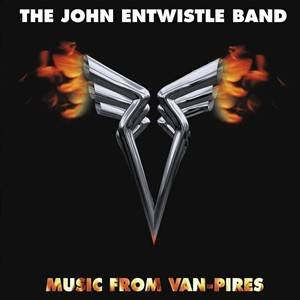 From “Darker Side of Night”