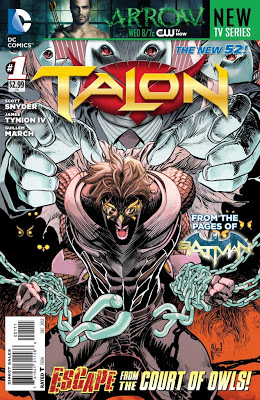 Last month’s Zero issue introduced the world to Calvin Rose, a former Talon of the Court of Owls who escaped their ranks.

He’s been on the run for many years, hoping for the day he can stop looking around every corner. Batman’s assault on the Court has brought a curious Rose back to Gotham City, the one place he vowed never to return.

This was exceptionally well written from beginning to end. The construction of the plot that brings Rose back into the Court’s backyard will satiate the readers thirst for more Owl drama.

All of this builds to Rose’s realization that running is not the answer and he needs to take the fight to the Owls in order to end their reign of terror over his life.

We don’t know too much about Calvin Rose right now, but more will be revealed as the months go on. If you read Scott Synder’s Batman/Owl story arc, you know how deadly a Talon can be and Rose being a former Talon who actually escaped their grasp makes him an him extremely talented and dangerous. 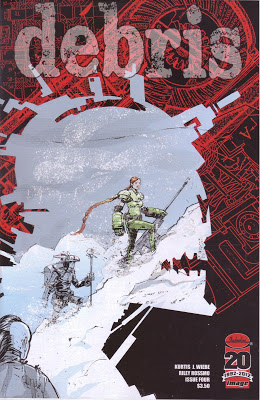 All good things come to an end and that includes Kurtis J. Wiebe’s Debris.

The entire creative story is wrapped up in a nice little bow. Maya’s long journey finally brings her to the city of Athabsca and a boat load of secrets are revealed.

One settlement’s secret could lead to another settlement’s demise as the last pure water supply hangs in the balance. Water, something so simple, but yet so vital, is the focal point of the strife that has enthralled readers for four wonderful issues.

While the comics of the big two convey tales of heroics at in the face of planetary conquest, Debris resonates with the reader more because, while none of us have experienced an alien invasion.

The artwork of Riley Rossmo & Owen Gieni is some of the best you will see this year.

If you haven’t had a chance to read this series from start to finish I would suggest picking up all four issues, or wait for the trade paperback to come out. 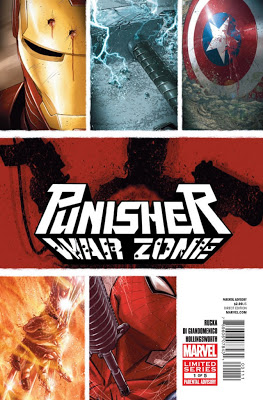 While Greg Rucka’s monthly run on The Punisher has ended, the war is about to begin.

We see a superhero, here and there, attempt to end Frank Castle’s reign of terror, but they never really do anything to derail him.

Isn’t that kind of odd? We finally get our answer, and at first it seems like an egotistical reason. After thinking about it a little more, there are layers upon layers of reasons and thought behind why The Avengers haven’t acted until now. We think of The Punisher as a good guy while the rest of the Marvel Universe does not.

In fact, he is not even a blip on the radar compared to threats such as Thanos, Kang or the Skrull Empire.

Wolverine’s inclusion into the story makes you wonder if Castle’s handy work is a guilty pleasure for Earth’s Mightiest Heroes?

Carmine Di Giandomenico’s art gives the story a serious tone required to sell the magnitude of what is about to transpire. 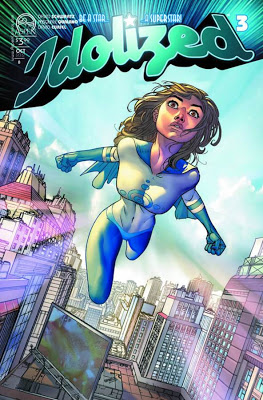 The protagonist’s path towards vengeance is usually a well thought out plan that requires an intricate strategy.

Joule has the bizarre task of winning a reality show in order to get within arm’s reach of her goal.

David Schwartz did a fantastic job of putting together a script that shows how people in the entertainment industry will do anything for fame, fortune and ratings. The fruits of success can be very enticing. Despite Joule being a troubled youth, she is able to keep her eye on the prize which makes it easy to root for her.

Pasquale Qualano’s animation-style depictions bring a lot of energy to the story.

This series is good, really good and I believe it will only get better. 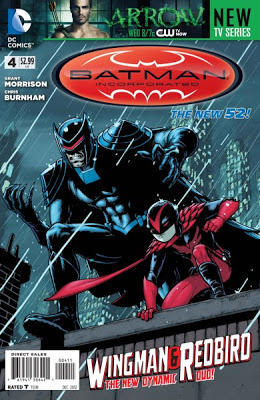 There is a lot going on in the pages of Batman Incorporated.

Leviathan looks to spread chaos across the globe while Talia has ordered a hit on her son, Damien.

Batman is trying to find answers, disguised as Matches Malone, and two new heroes enter the mix to lend a helping hand.

It’s pretty obvious who Redbird is, but who is this Wingman fella?

The answer might surprise you, but the ending will definitely shock you for a variety of reasons.

I love the way Chris Burnham draws anything and everything Batman.

It’s just fun to look at and it looks the way a comic book should look. 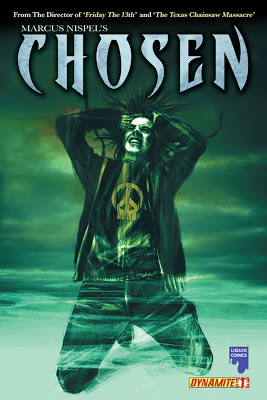 Chosen had me at hello when I heard the director of Friday the 13th and The Texas Chainsaw Massacre was behind it.

The story opens with a group of mysterious Monks visiting a young boy named Ryan. They believe he is the chosen one so, they kidnap him. Ryan is peaceful kid but he has difficulty dealing with what is inside of him.

The script makes you care about him from the start because he is a victim of circumstance. There appears to be light at the end of the tunnel for Ryan even though things are dim for him right now.

Sadness, happiness and anger of the characters were incredibly depicted by the artists and enhance the emotion of the story. This was chapter one of a three part miniseries.

To say I was impressed would be an understatement and was razor close of being my pick of the week.

I’m officially counting down the days until the second issue drops in November. 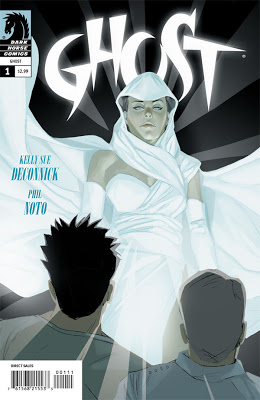 This book has the potential to be a breakout hit for Dark Horse Comics.

Kelly Sue DeConnick’s work on Captain Marvel is some of the best in the industry today and Ghost may not be far behind.

She brings a lot of strength and poise to the female lead.

The pacing of the story is smooth and gets more interesting with each turn of the page as you desperately want to know how Dr. October’s plans are affecting Ghost.

Phil Noto’s visuals are a pleasure to look at and is the cherry on top of the amazing collaborative effort.

Superman #13 (DC Comics)
Without question, this is the best Superman comic book of the new 52. There are still some kinks to work out but progress is evident.

Hellraiser #19 (Boom! Studios)
While the story can be hit and miss at times, the artwork is sure to make your skin crawl.

Revival #4 (Image Comics)
Revival just gets better and better with each issue.