Let’s play “If I Won the Lottery” and take a look at some of the most incredible (and a few wildly expensive) geek gifts that your heart would require if money were no object…followed by the crushing despair of real life when you realize you never can. 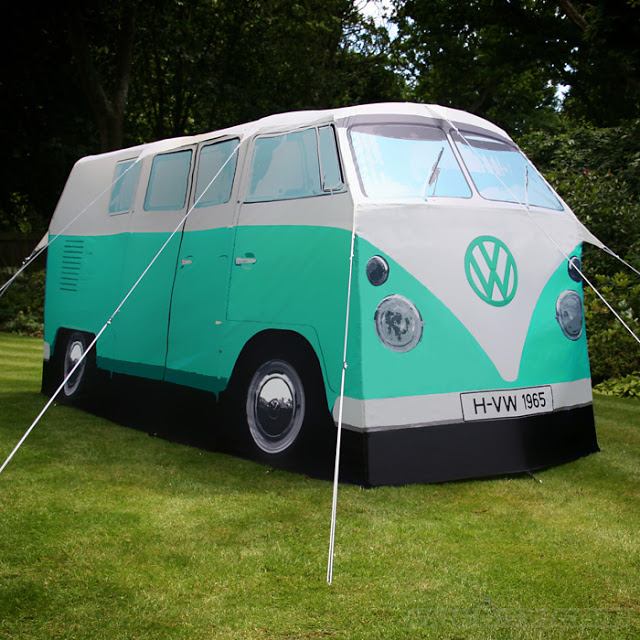 If you were too focused on making something out of your life to ride around the country following various bands in a groupie-issued VW camper van, here’s your chance to right that wrong.

This groovy ode to a time when the unwashed masses ate pot brownies and hung out in parking lots during a Grateful Dead performance (or Phish…or Dave Matthews) can be yours for a little under $500 (probably the same cost for a Justin Beiber concert today).  And, it’s a FULL-SIZE replica of the actual VW camper van, which means, you can stand and sway to whatever hippie-music you’re playing on the iPod without worrying about getting a face full of tent mesh.

The van comes in Peppermint Green, Blue and Red and sleeps four hairy, smelly people (and probably a mangy dog or two) comfortably.

So get a few of them and set up a commune somewhere where other people don’t have to look at you. 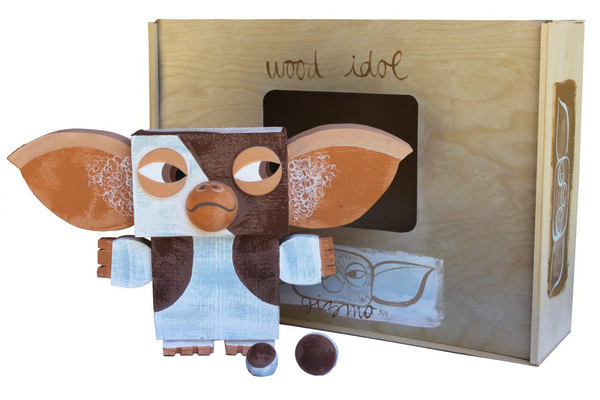 But these incredibly awesome wooden idols of various pop culture figures are well worth the cash if you want something different than the usual figures floating around on the Internet.

And since they are so supremely adorable you could probably charge your friends a fee to touch it…and make your money back. 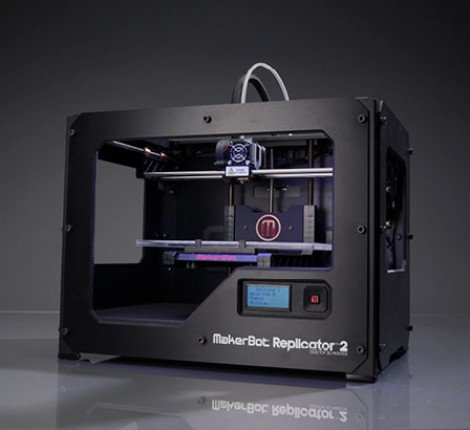 Is there any nerd out there NOT dreaming of owning their very own 3-D printer?

I don’t know about you but having the capacity to make a 3-D limited run of my very own line of internet memes keeps me up at night and knowing that this printer is literally a couple of missed mortgage payments away from  being mine is almost too difficult to bear.

WHY MUST YOU BE “JUST” EXPENSIVE ENOUGH YOU BASTARD!?

This updated version of the original Makerbot  3D Printer has a resolution capacity of 100 microns and a build volume of 410 cubic inches which means you can build something bigger and with a higher resolution than other home 3D printers and, if that wasn’t tantalizing enough, the BEST THING EVER comes with 1lb. spool of Natural PLA filament.

God I want this. 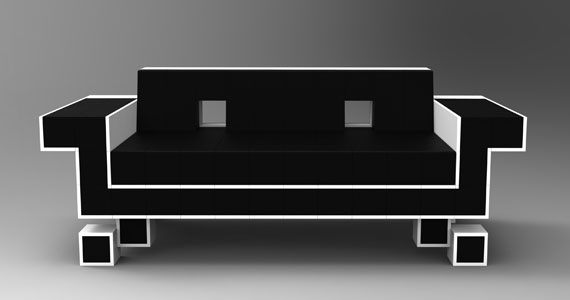 You love Space Invaders and now you would like to sit on a couch that looks like an alien.

Your wish is my command.

Here’s a couch that will not only make your ass a part of video game history , it will definitely make you the hero to all your nerdy friends.

Made from fine leather and memory foam, this ode to so many hours wasted in front of your console TV playing the Atari 2600 back in the early 80s, will fit in just fine with the mounds of empty Mountain Dew bottles and your stack of vintage Shannon Tweed soft-core pornography.

And, lucky you, if you act quickly, shipping is free (although the couch is more expensive than your car).

Nostalgia is an expensive bitch. 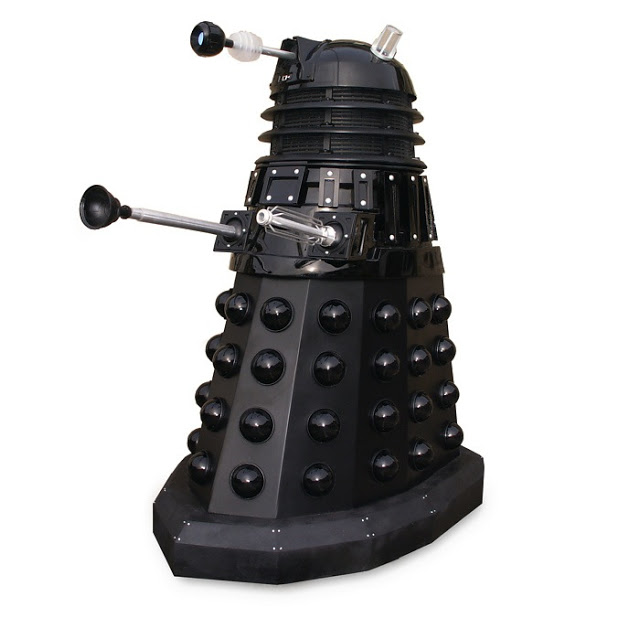 Build yourself an army of Daleks and watch the crime in your neighborhood shrink down to ‘nil (probably because everyone in the neighborhood moved out due to the freak with the robot army).

At 5’3” tall this is an intimidating spectacle of power that you can harness all for your own maniacal sense of evil (especially when you wiggle the arms of your Dalek in rage) and they come in all the classic colors that you desire (personally I would go with an all Gold army just so it looks more ostentatious) although, unfortunately, you can’t ride them.

Annihilation of the universe comes separately. 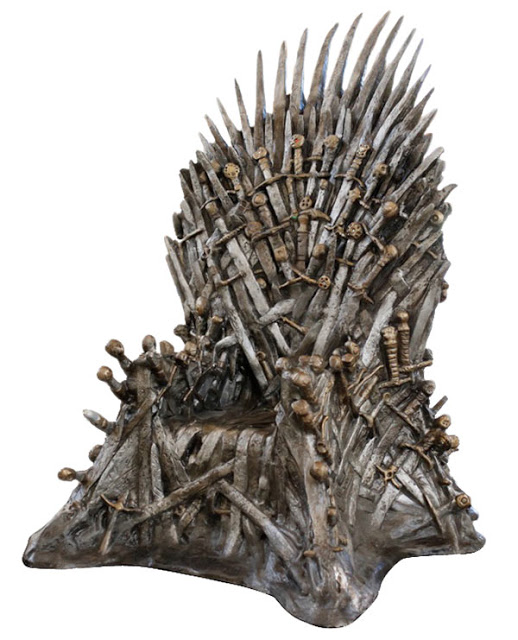 Here is what separates the superfans from the Johnny-come-HBO-latelys; a giant life-size Game of Thrones Throne!

Rule the Seven Kingdoms of your living room from a position of absolute power in this custom built throne that, while NOT made from actual swords (Dammit!), will last the test of time with its hand-finished, hand-painted, fiberglass and fire-proof resin so that if your enemies try and burn you out, you can rest comfortably knowing your $30,000 throne will remain intact.

Damn if feels good to be a Lannister.

P.S Shipping is not included 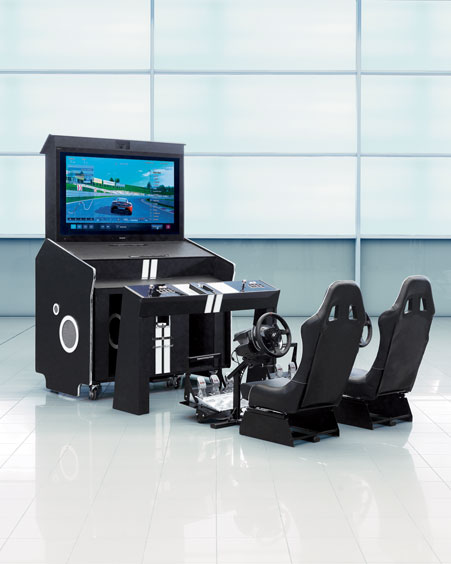 Holy fecking hell people.  As someone married to a gamer (the dude actually teaches video game creation at a college so that he can buy games as “research”) I’m pretty sure my lady parts would get a serious “Level Up” if I were to present this Ultimate Gamer set to my hubby.

You also get a selection of 24 Playstation 3 games (Hello Assassins Creed 3), a Thrustmaster T500 RS Force Wheel, a Bluetooth 3 wireless music system, a motion-detection camera,  and 2 SingStar 3 microphones.  Not to mention an 1800-watt sound system that will make you go completely deaf in a totally awesome way.

Delivery is not included just to prove that if you have ask how much it would be, you can’t afford it. 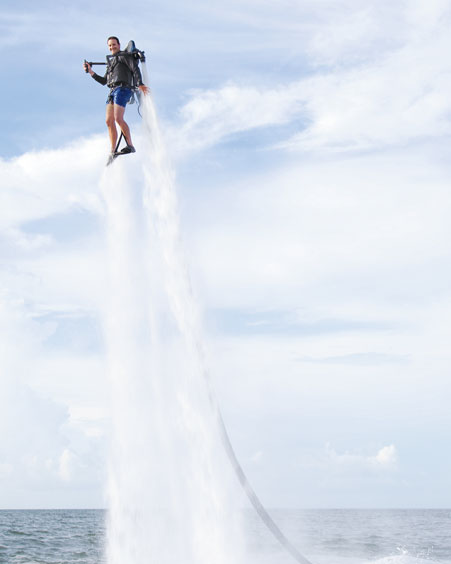 Okay, so technically this isn’t the “traditional” jet pack with the fire and stuff, but at least you’ll feel safer knowing that the worst thing that could happen to you during mechanical failure is a supremely powerful enema rather than BURNING ALIVE.

The Jet Pack comes with: boat unit in NM Exclusive color with graphics, hose/control cable assembly, jetpack stand, 2 helmet radios, 2 FRS radios, remote throttle-control transmitter, CFI 1 Pilot Certification Training & Safety course, and operator’s manual. And with a top speed of 32mph and a flight ceiling of 30 ft. you could easily soar to safety if being chased by Germans and/or Christopher Walken.

And really, when you’re being chased by Christopher Walken you’re gonna want that 30ft difference. 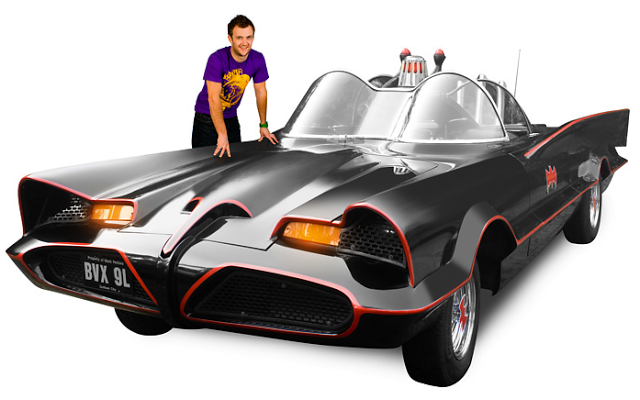 Holy Bank Buster Batman! This amazingly detailed automobile is not only custom crafted to look like the vintage sixties Batmobile, it is officially licensed as well, which means you can cruise around town dressed as the Dark Knight without embarrassment (although you should probably feel some kind of shame).

The car comes loaded with all the awesome vintage accoutrements you would expect in something costing nearly $200,000 (working rocket exhaust flamethrower, automatic Batbeam antenna grid and glowing Detect-a-Scope radar screen) as well as some more up-to-date features that takes the Batmobile into the 21st century (dash-mounted DVD player, electric actuators that open the hood and trunk, and a six speaker sound system).

All I’m saying is that if you have some cash and want an endless supply of Comic-Con ass, this is the car you need to show up in.

Of course, shipping (it’s made in England) is going to be a pain, but you’re so rich you could probably have it brought in on the belly of a Transformer or something.