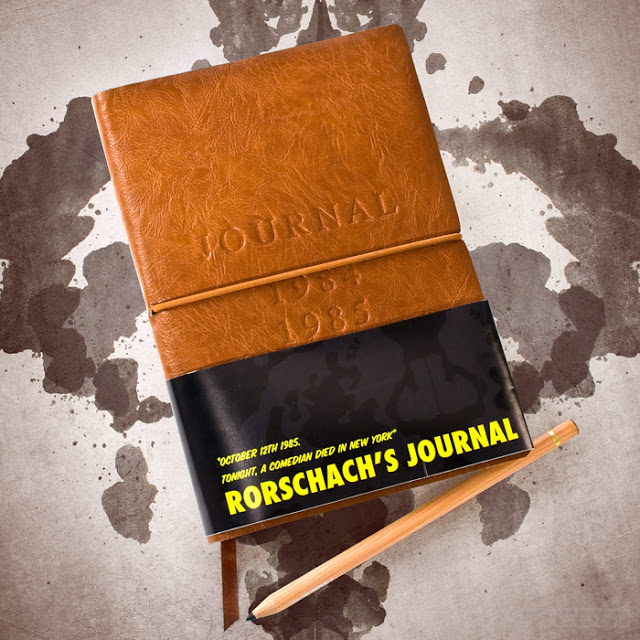 When you feel the need to write down your deepest, darkest secrets, forego the internet and return instead to a time in the past (like 1984-85 in fact) when people scribbled on papyrus encased in leather to hold their thoughts and feelings (and yes, goth-centric poetry).

And in this particular tome you not only have an attractive book in which to transcribe the ramblings of a mad person, each of the 200 pages are monogramed by Watchmen anti-hero Rorschach, so you know that your diatribe against McDonalds’ decision to keep the Shamrock Shake a seasonal item will be protected at all costs.

And remember, make sure to write down all your stuff while wearing your underpants over your face, it’ll feel more authentic that way. 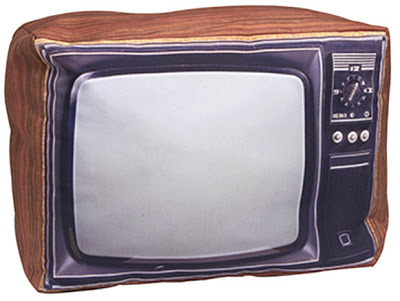 If you grew up during a time when a television set was considered furniture and you had about five stations to choose from, then you are probably going to enjoy napping on a retro television pillow (where you will dream the afternoon away with the casts of Barney Miller, Welcome Back Kotter and Taxi).

If you are someone who grew up during the era of cable and are pissed that people my age are so cool and awesome, then you are welcome to buy one of these pillows and join us in a big cuddle pile…not that it would be creepy or anything, just a bunch of people hanging out together snuggling with retro TV pillows…repeat NOT BEING CREEPY.

You Were Never Here Doormat 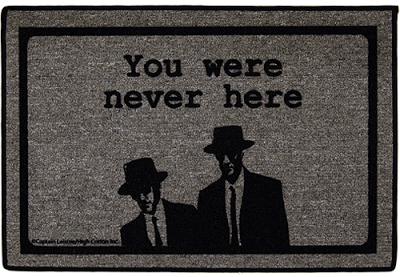 So having a doormat that reinforces my code of silence rules would be a nice little reminder that when push comes to shove, my guests were never here.

This also works for underage family members as well who come in search of various plant-like substances and who need to learn to keep stuff on the DL so that Aunt Ebeth doesn’t get in trouble. 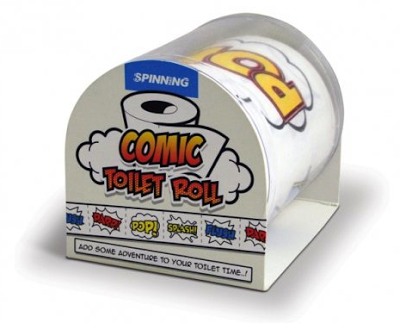 Look, we all know that you are already reading comics while squeezing out a #2 so why not take the opportunity to finish your task by wiping your nether region with a comic-inspired tissue that will leave your starfish clean and nerd-approved.

Besides, it’ll be fun to see the words “Flush” and “Splash” swirl down the drain with a little bit of you on it. 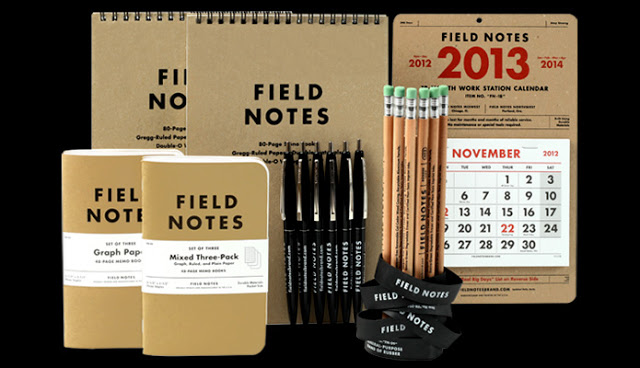 I am a stationary/notions sucker. Seriously, if you ever need to woo me for any reason just give me a stack of cool notebooks and some pencils and I’ll be yours forever.

This particular “Kit” comes complete with everything a stationary/design junkie could covet: Steno pads, Graph notebooks, pencils, click pens, rubber bands, and a 2013 calendar all done in a super-sharp font that screams vintage.

Someone should really buy this for me. 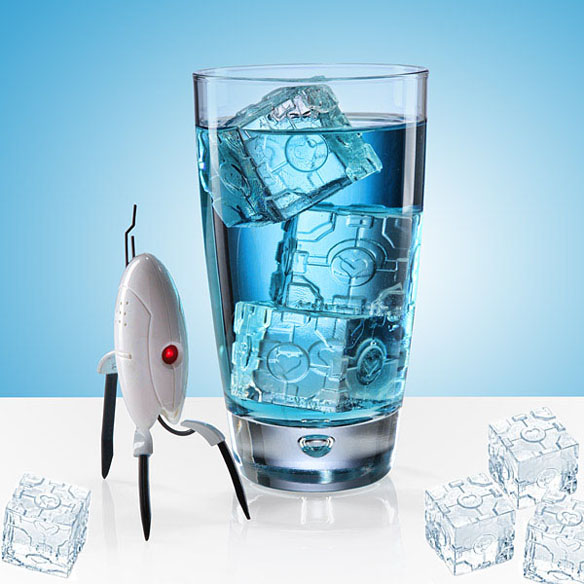 Portal 2 is my only reason for staying alive some days and knowing that I can cool down my Johnny Walker Black with a couple ice cubes shaped like a companion cube makes me a very happy chick.

Not that I’m filled with suicidal tendencies or anything, it’s just that having to share this mortal coil with the likes of the Honey Boo Boo family is sometimes more than I can handle and having some booze with ice cubes that remind me of my favorite video game helps some. 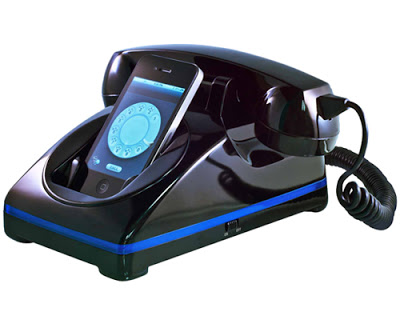 Docking stations are a dime-a-dozen these days but the iClassic Rotary Phone happens to be the only one I really want.

First, it totally reminds me of those days when, if I wanted to talk to my friends without my family overhearing, I would have to stretch the phone cord out to trip-wire tension so that I could go into the hall closet for some privacy (you couldn’t take the phone with you since it was SECURED LIKE A SAFE TO THE WALL). It also triggers how much I hated anyone who had any 9s or 0s in their number because if you miss-dialed you had to start all over again and it was a pain in the ass.

And, to make this docking station even sweeter, when you set your phone in it, a blue light will flash alerting you that you have an incoming call (you can even rig an old-timey ring so it sounds just like Grandma’s old phone). 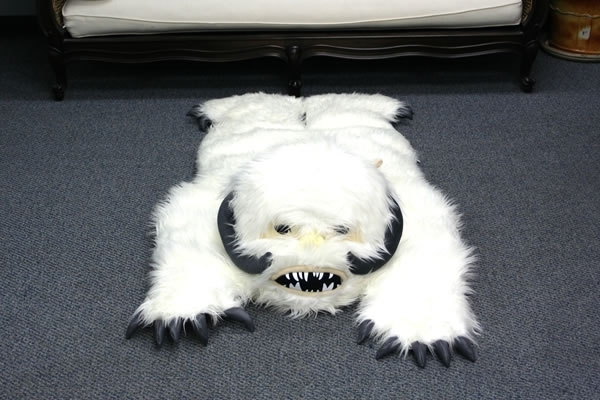 I cannot stress how romantic it would be to make sweet, sweet love by the fire while all nekkid on a Wampa rug.

The kind of love where you will be using the euphemism “Lightsaber” many, many times. 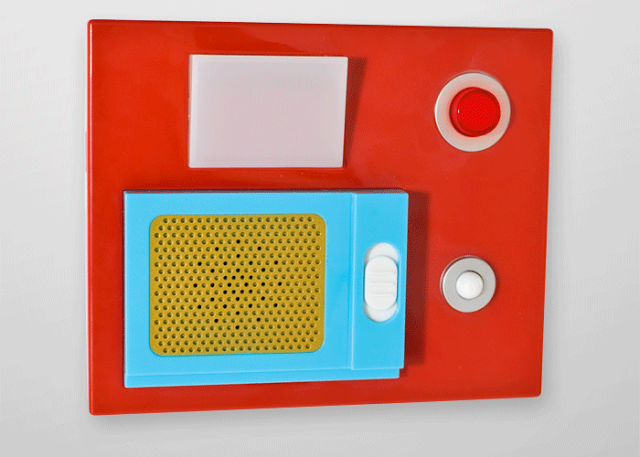 Doorbells are one of the more neglected aspects of your home and, until now, there wasn’t a whole lot of interesting things you could do with it other than make it chime a different tune.

But I have to say, slapping on this Star Trek Door Chime will certainly announce to the world that behind your front door lies a mess of geek so spectacular that they should probably prepare themselves emotionally.

The chime is done in the style of the original Trek (for the purists amongst us) and comes with three different sound effects: push-button Communicator Whistle, a Door-Opening sound and, my personal favorite, the Red Alert Alarm (use it when your family pops by for a visit) .

Your house just got awesome.

The red plastic keg cup is what separates the lame parties from the awesome ones (were talking about evenings ending with a vow of silence and the destruction of all photos from everyone’s phone/camera due to whatever people drank from those red plastic cups).

So why not keep the party headed in the direction of unplanned pregnancies and shame and pour all those ill-advised shots that you have concocted into the little sister of those keg cups, the lil’ red plastic shot glass.

Trust me, those little alcoholic bursts of bad decisions will be swaddled in a level of cuteness that even the most responsible people at the party will not be able to resist and soon you will have a party that will reach a level of supreme that even your neighbors will hold off on calling the cops due to its transcendental nature.

I think I’ve made my point. 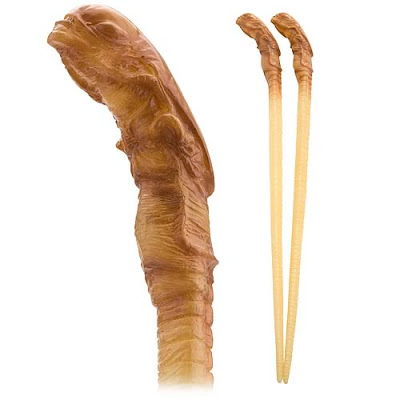 You eat Chinese food because it is delicious.

You use the Alien Chestburster Chopsticks because it is awesome.

Now pass me some Dim Sum. 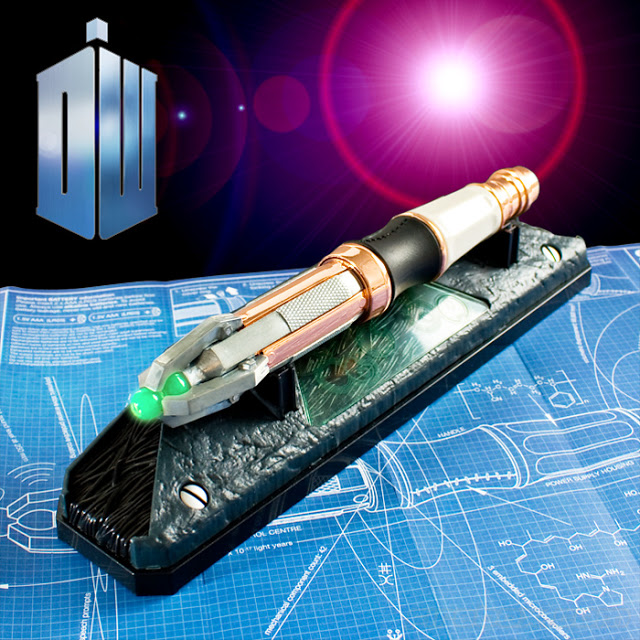 What we have here is an actual working Sonic Screwdriver that you can wield like the Doctor himself (granted it doesn’t pick locks or track alien life but it does change the television channel or skip a song on your iPod so that’s still kinda cool).

Here’s what to expect from your screwdriver: it can power up to 39 different infrared signals, the tip lights up in a pleasing way when in use, it pulses while in stand-by mode and it makes 13 different Doctor Who sounds for your enjoyment.

So feel free to strut around your home armed with your screwdriver, turning things off and on all day long you big nerd. 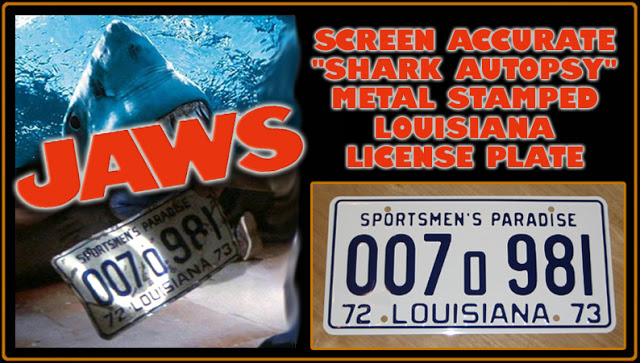 No Jaws fan should be without the iconic “Sportsmen’s Paradise” license plate featured in the very first movie.

In fact, if you don’t own this and you call yourself a fan, you should be ashamed of yourself…not that I’m judging you or anything, it’s just that you make such a big deal out of knowing every line of dialog and stuff and then I find out you are missing something this cool and, well, I gotta question where your priorities lie.

Just get one and clear up all this confusion on your level of fandom okay? 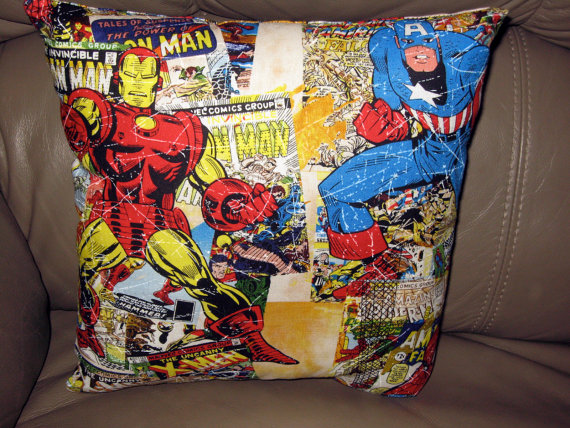 As a chick, I
am required by law to own as many throw pillows as humanly possibly but
there’s no reason to limit myself to only pillows that match my couch or
bedding (This is America and I can do what I want).

Which is why I think that loading up my L-shaped couch with about a
million Avengers throw pillows will not only satisfy my chick/pillow
quota, it will also establish me as someone who is only a little bit
obsessed with comic books, thus proving my worth to whomever is keeping
score.

Sometimes it really is hard to be a woman.