The Bourne Legacy starts off during the events of The Bourne Ultimatum.

All the programs that produced Jason Bourne, and that spun off from those programs, are coming to light.

The controllers (played by the likes of Edward Norton, Stacy Keach, Dennis Boutsikaris, and Donna Murphy) decide that to protect a later program (LARX – as in, we couldn’t come up with a name like the other program names, so we picked this on a lark), they must destroy all the agents of the other programs. 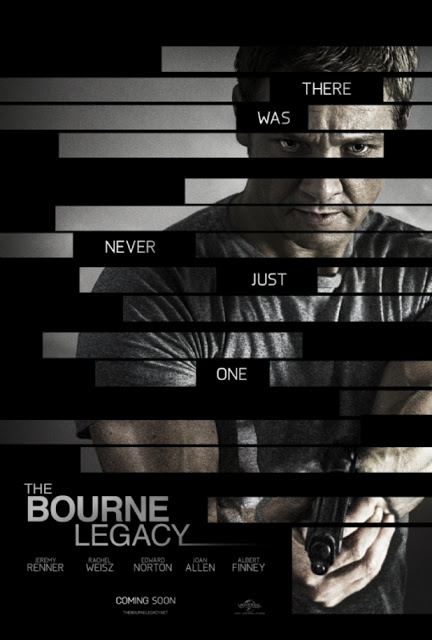 Aaron Cross (Jeremy Renner) narrowly escapes being blown up by a drone and goes looking for the maintenance medications that keep him functioning.

Verdict
If it sounds like it’s the worst of the four movies, you’re only sort of wrong.

I don’t want to come off as a hater.

I’m a big fan of Jeremy Renner, and I enjoy looking at Rachel Weisz as much as any other straight guy. Edward Norton is a terrific actor. 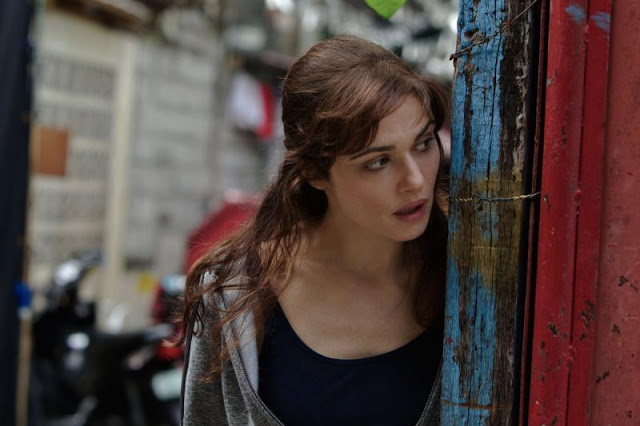 Tony Gilroy directed Michael Clayton and Duplicity before this, and has a longer history as a screenwriter. I thought he did a very good job directing The Bourne Legacy – as in, his direction was far less intrusive and distracting than that of Paul Greengrass.

So why am I not more positive overall?

Here we have a character in a context with a conflict, and that’s where the trouble starts.

The context is a complete muddle, from the get-go. If you haven’t seen the other three movies, and if it’s been five years since you saw The Bourne Ultimatum, you’re going to be confused.

Tony Gilroy, as a writer, is way too fond of espionage euphemisms.

While they may be realistic, they actively interfere when establishing context. 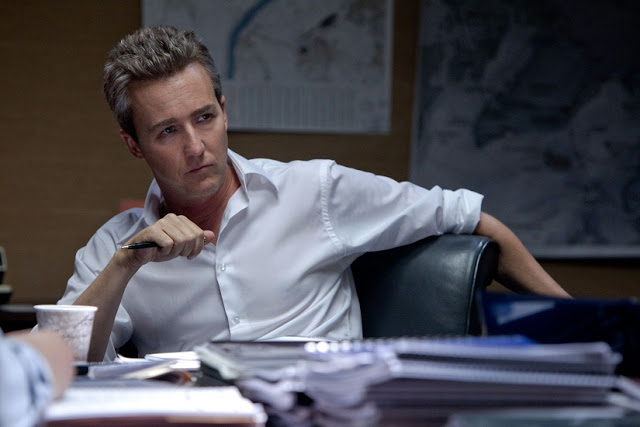 In the opening scenes, we get program names thrown around, and Edward Norton berating his subordinates for no apparent reason. He obviously cares deeply about something, we’re just not sure what.

Here we have a disconnect between the cerebral British espionage movies of the ’70s and ’80s, and American action movies.

The handlers are supposed to provide the taut, intellectual thrills while the field agents (like Cross) provide the physical thrills. Unfortunately, the two don’t blend well here.

On another note, another flaw of this film is that it really only has two characters – Aaron Cross and Dr. Marta Shearing (Rachel Weisz). 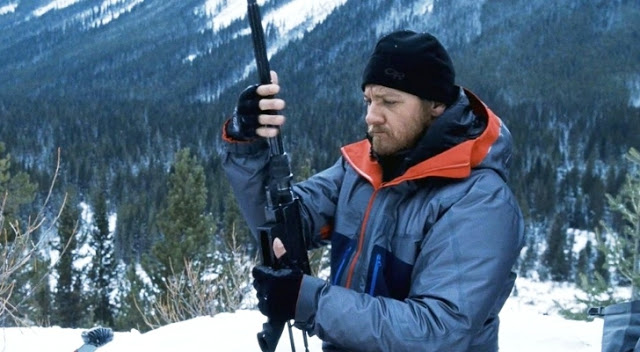 Dr. Donald Foite (Zeljko Ivanek) sort of has a character, but his lack of development is forgivable, considering how little screen time he has.

We get lots of screen time with Retired Colonel Eric Byer, USAF (Ed Norton), Dita Mandy (Donna Murphy), Retired Admiral Mark Turso, USN (Stacy Keach), and Terrence Ward (Dennis Boutsikaris), but we have no idea who they are. 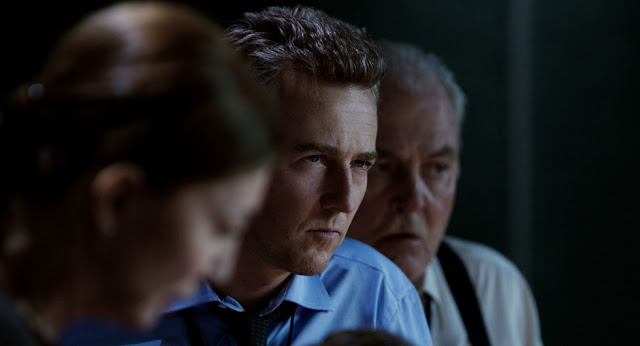 The other big problem is the script itself.

It rushes through a process of making Aaron Cross a stable, ongoing, character. It doesn’t bother to resolve anything – except the deaths of his peers.

Here are some examples of plot points that got rushed over: 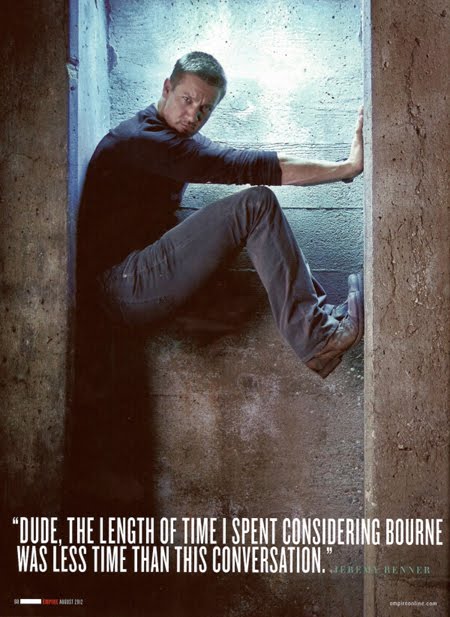 Somehow, the idea of making a good movie got lost in the need to extend the franchise. That said, I’d watch another one. Jeremy Renner was ready for this role, and does a fine job with it.

Hopefully, he’ll get a better script next time.

Let me talk about LARX for a minute.
We get a bit of throw-away dialogue describing LARX as being like Treadstone, but without the inconsistencies. LARX subjects are less emotional, and less limited by conscience.
Bullshit.
This is a crutch that many screenwriters use to justify the creation of government-sponsored monsters. I believe that it’s a hold-out from many (older) writers and executives formative experiences during the Vietnam era.
What a shame they didn’t learn as much from that era as the US military did.
You know that less emotion and conscience gets you? It gets you the My Lai Massacre and the Abu Ghraib scandal.
During Vietnam, the US military discounted the importance of emotional connections. They plugged replacements into units individually. The people who had served together already had no attachment to the new people, and vice versa. The result was a severe drop in morale and a loss of combat effectiveness across the board.
After Vietnam, the US military started emphasizing ethics & morality training, unit cohesiveness, and even  OSUT (One Station Unit Training), so that whole units would be together for at least their first several years in the service. The military puts a lot of effort into introducing new transfers to their units, and making them part of everyday unit life.
That conscienceless, emotionless, killer is just as likely to kill an ally, or a handler, as a target.
So if you must use this crutch, writers, be smart about it. Put these kinds of psycho factories into the hands of less-experienced leaders in developing or Third World countries where massacres and scandals are less of an issue.
There’s a reason why the US doesn’t adopt Spetsnaz training methods, after all.
Okay, thanks for the chance to rant.

Now back to your regularly scheduled programming.