By the time he had assembled his band Lyres, Boston singer/songwriter/tambourine shaker/pianist/Vox Continental organist, Jeff Conolly, had already become a legendary figure on The Hub’s local music scene via his band DMZ.

DMZ was one of the nascent punk rock bands formed in Boston, early 1976, that landed a label deal with Sire Records (and later Bomp!) with their Stooges/Saints/Stones sound filtered through a heavy dose of  ’60s garage trash punk.

After DMZ broke up, Conolly, a.k.a. “Monoman” (a nickname that has several possible origins including Jeff’s obsession with ’60s monaural soul and rock and roll recordings and collecting them, as well as a single-minded obstinate determination when it comes to running a band) founded Lyres in 1979, retaining the fiery power of DMZ, but pushing even more of a garage rock and soul 60’s sound to the forefront.

The two members of DMZ who stayed on as the first of a billion changing lineups of Lyres would be the always present Jeff Conolly and bassist Rick Coraccio. 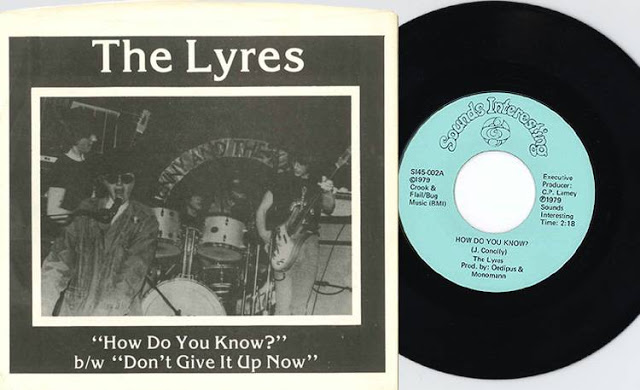 Lyres released a great 7″ single in 1979, “How Do You Know” and its flip side “Don’t Give It Up Now” on the Sounds Interesting label. 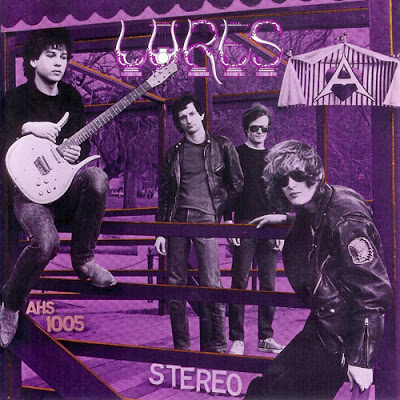 Following this release would be their stellar debut E.P. in 1981 known simply for its catalog number Lyres AHS 1005. Rick left the band, but DMZ’s Peter Greenberg would join on guitar. The E.P. contained 4 songs that would not appear on their debut album “Buried Alive,” “In Motion,” “High On Yourself” and “What A Girl Can’t Do.”

This E.P. was released on Ace Of Hearts Records, a label formed by a local Bostonian music fan, Rick Harte. Harte had enough foresight to release singles and albums, and also produce some of the greatest new Boston bands operating at that moment including Mission Of Burma,  Classic Ruins and The Neighborhoods.

For myself, the records released by Ace Of Hearts were as important, expertly crafted and classic as anything that might have been coming over as imports from England.

Lyres would help to launch a movement. Along with other great bands such as The Fleshtones, Chesterfield Kings, The Fuzztones, Swedish band The Nomads, and one of the many various bands formed by the U.K.’s Billy Childish, it was the start of what would soon become a second wave garage rock revival throughout the 80’s. At the time however, many of these bands would simply be called Power Pop and/or New Wave.

As a side note, one band that would become heavily inspired and influenced by this revival, and started out largely as a band playing loads of 60’s garage rock covers, is the hugely successful group R.E.M. In fact, now that R.E.M. has called it quits, guitarist Peter Buck has largely returned to the love of his garage rock roots both in sound, and by recording his new solo album quickly just like some of the 60’s punk bands did.

Both albums work as an inseparable pair containing not only the greatest songs to have ever sprung from the songwriting canon of The Monoman and his compadres, but they are also peppered with cover songs that have become staples for the band’s incendiary live sets.

On Fyre begins with a bang, featuring the two (of three) Conolly songs that have become his masterpieces heard around the world “Don’t Give It Up Now” and “Help You Ann.” A one in a million pairing of songs that are as important…and hell, I would go so far as to even say better than almost any band’s debut album first two tracks.

“Help You Ann” features guitarist Danny McCormick’s pre-digital echo tremolo delay guitar that is as iconic as Dave Davies’ opening chords to The Kinks’ “You Really got Me”. The Kinks are covered on the album as a matter of fact with a soulful rendition of “Tired Of Waiting” and “Love Me Till the Sun Shines” a song from their Something Else album that has always been credited to Dave Davies but, as hearing the magnificent Lyres version will attest, always has been under suspicion that it could in fact be one of Ray Davies greatest songs. Either way, it is spectacular.

The rest of the album completes one of the best garage rock/soul stomping parties you’re likely to attend for some time. In keeping with the deep depth of his musical vaults, and his knowledge is really deep, Conolly also resurrects a song from The Pete Best Combo, “The Way I Feel About You.” Owing to Pete Best being better known as the original drummer for The Beatles, it is a canny and subtly brilliant selection. Conolly has said that he always gravitates towards the underdogs in music.

With their second and also timeless album Lyres, Lyres, Conolly had many a fan scratching their heads when the second track came on and it was not the same distinctively catchy “She Pays the Rent” single that had been played on local radio stations throughout New England.

In fact it was yet another way that Monoman had thrown a curveball at expectations proving that he was in it for the music and music alone. As well as an encyclopedia of all things garage rock, he has a large vocabulary of bands that he digs from for cover songs. He has stated that his first band love was The Searchers, and obviously also deeply close to his heart has always been soul music. With this version #2 of “She Pays The Rent” Conolly was able to transform his third best known song into a soul number crooned at a slow James Brown “Try Me” pace. Also as a more practical reason for version #2 being so different, is that Swedish band The Nomads had recently scored an underground hit with their true to the original version of “She Pays the Rent.”

The best songwriters know that their greatest material can easily be transformed into innumerable various versions—just ask Bob Dylan or Neil Young. 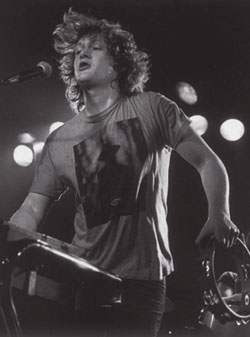 Lyres, Lyres was also a way for Conolly to not merely duplicate On Fyre but to grow his musical vision, not only in expanding his choice of cover songs, decades ahead of the game as always by taking on lesser known tracks that are often unknown by many except the most obsessive of record collectors, as well as increasing the studio production side of things. Lyres would not just be a tribute act to the 60’s, they would be able to grow with strong original material using the passion of the early garage acts and create another classic long player that for some, including Rick Harte, is even better than the first album.

As a companion piece to On Fyre, the Lyres, Lyres album is the exquisite dessert that accompanies the main course.

As with all of the material that is done by Lyres, whether an original or a cover song, there is a Lyres sound all its own, and for Monoman to consistently pull off a feat like that over decades, is what makes the band one of the truly great ones and makes Jeff Conolly a musical genius.

If ever there was a band who put their music where their mouth is, it would be this band. Never a group to care much for fashion—sneakers, shades and jeans are about it— or stage demeanor—a tumbler of vodka and some bottles of beer— Lyres just rip it up on an intense level.

Over the years I have seen Conolly and his Lyres many many times—from one room basement shows to headlining large venues. As a person that off-stage might be a spin of the wheel to talk with, or in no condition to talk at all—everyone has a cadre of stories to tell about the Monoman—when he is performing onstage he locks it in and is a complete pro…a complete, unabashedly crazed, give the audience everything, pro! 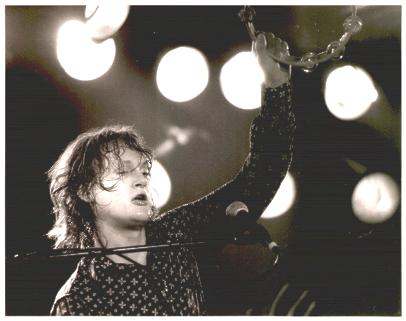 Munster Records has reissued both albums beautifully on vinyl (retaining the original release tracks and artwork) and on CD. For myself, the CD versions were really the versions to seek out as they both contain bonus tracks that include singles and other essential rarities. New informative essays within the enclosed booklets complete these remarkable reissues.

You can order both albums in either version via the fine folks at Forced Exposure who distribute all Munster Records’ releases in the U.S.