Good to be back.

I’ve been away this past month getting married.

It’s easy to say that the wedding day went just the way we wanted it to, but it’s true. Our family and friends – surprisingly – applauded after we each said our self-written vows. The whole day had this feeling of “We did it!” Not just “we” as in my wife and I, but everyone there together.

I’ve never weeped openly the way I did that day.

And I didn’t care. I was too overcome. It was this quantum-mechanical moment (timey-wimey, even) in which the entire nine years of our relationship compacted into one ever-present now. A nine years filled with its ups and downs, its triumphs and challenges, its privileged confidences, and many details that only she and I know.

My wife and I also drank about six bottles of champagne in two days.

And the wedding was a little bit nerdy.

Our wedding bands just on, we fist-bumped en route to the you-may-kiss-the-bride kiss. Rosemary’s custom couture hat would have fit in at Panem in The Hunger Games. My boutonniere, a collection of feathers that I thought up with the designer, featured an old jewelry clasp that looked surprisingly like Transformers. We jokingly called it Optimus Prime. I lost count of how many people asked, “Is that a Decepticon?”

We also did a portion of the photoshoot at the comic book store we went to on our first date. Which led to the wedding photo to end all photos, as we had a Superman and Lois Lane moment to last a lifetime. 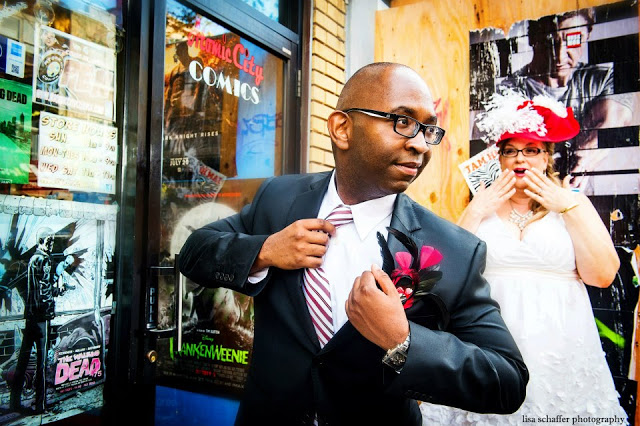 But the nerdiest thing we did was go to Disney World for our honeymoon.

Disney World poses a unique set of nerd challenges, and sets off so many conflicting attitudes that somehow can all come together there.

After nearly 80 years, Disney sits like a holographic Rorschach test. It changes color and complexity viewed from any angle, and only you may see what you see there. Yet it all exists at once.

A lot of my Disney World experience is colored by the fact that I have gone only as an adult, and never with children. I’m not wiping mouths, pushing a stroller, changing diapers in public toilets (though Disney’s are the cleanest ever). I’m not yelling at someone to stop that or I’ll take that pirate sword away, spending hundreds of dollars to make my daughter look like a sparkly princess, or attaching a leash to a tiny human being.

Here are the ramblings of a nerdy adult roaming the Happiest Place on Earth. 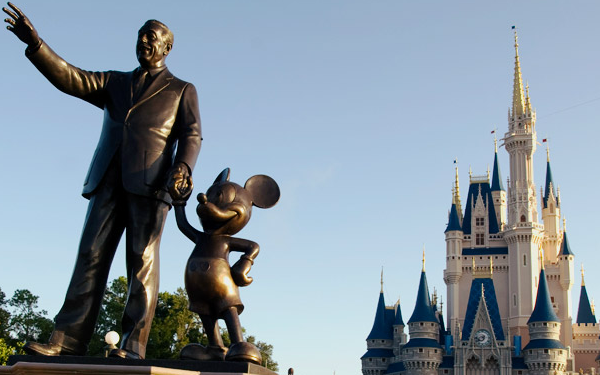 And sometimes, children almost kidnap themselves.

I had random children grab at me several times. During a Halloween-themed night at the Magic Kingdom, a tween girl gushed at me about my Superman costume, felt up the fabric on my arm and said it was nice. (Her mom was right there!)

My wife and I also want to invent a sticker or something that you put on the thigh of your pants leg that reads “not your mom” or “not your dad.” Because to small kids all adults look like mom and dad from the thigh down, they will just grab onto the nearest thigh. And then the horror on their faces when they look up and realize you’re not their parent, because their actual parent carries them away. I want to save them the trouble.

If you’re a Type A, calculating, chart-making kind of nerd, then Disney World is the place for you. 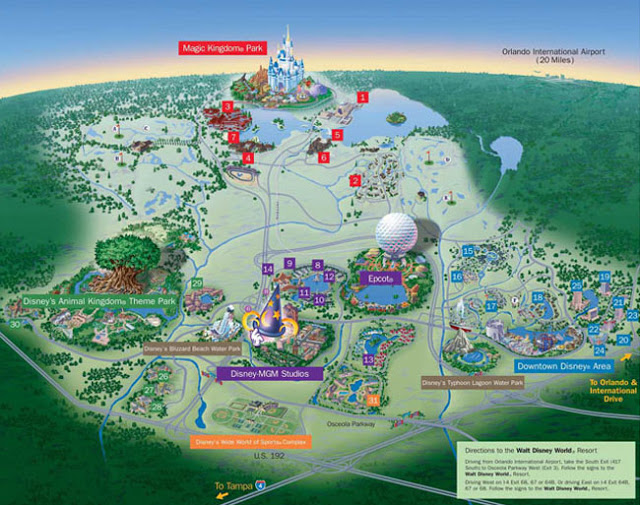 It’s a ridiculously huge place – more than 25,000 acres. Each park has dozens of attractions, and attractions within attractions. There are shows and parades everywhere, not to mention extra concerts and stuff. (We walked past Smash Mouth playing the Epcot International Food and Wine Festival. Go figure.)

So you can’t do everything. But you can try!

Have your maps ready, figure out your path the night before. If you wake up the next morning and have to figure out what you want then, you’ve already lost valuable playtime!

Prioritize the attractions and characters you want to see. When you get to the park, hit the FastPass to cut down on line waits, and have your route planned. You’ll be walking for miles each day, so walk with purpose! You’ll see more stuff that way.

Bring a bag with you to carry provisions, especially water.

Always be drinking water; it’s Florida, and it’s HOT and you’re always sweating. Here’s my system. Buy one bottle of water, and reuse that bottle the rest of your trip. Water stations are plentiful, but never when you’re looking for one. When you happen to find one, drink all the water still in your bottle, refill it, drink that whole bottle, refill it again and walk away. Who cares if you’re peeing all the time? Your skin will look amazing, all that moisture in it.

In Disney World, an entire atmosphere of always-be-marketing, you see gender construction at work all day. The princess phenomenon, in particular, has this way of going sweet or diva-sassy. 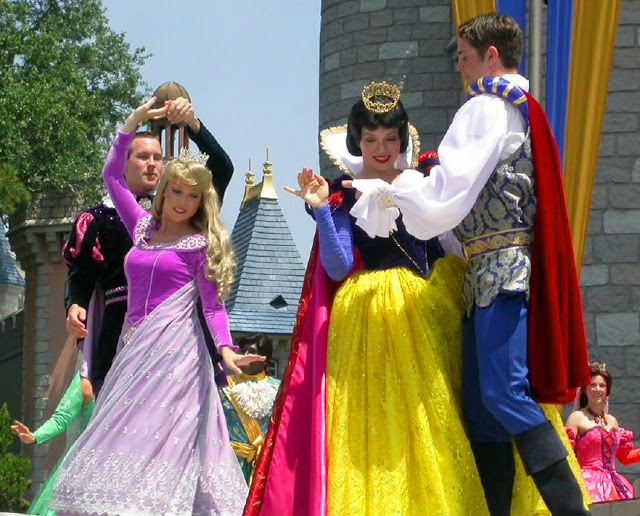 This isn’t necessarily a bad thing on its face; it’s the values/limits are placed on masculine and feminine things that bother me.

At brunch one day, we saw a little girl wearing a shirt with “high maintenance” on it.

Do we really need that? How come there’s no version of that shirt for boys, to inculcate negative stereotypes of manhood? If that little girl has “high maintenance” or “shopaholic” shirt, then her brother needs a “threatened by women making more money than me,” “resolves things with violence” or a “compensating for insecurity about my penis size.”

The tech nerds will be happy at Disney World.

Besides all the special effects and mechanical engineering in the attractions, you also have the landscape/ecological/environmental nerdery of transforming swamp land into this fantasy universe. The giant Tree of Life at the Animal Kingdom park is made from an oil derrick? And all these different parks, with an underground city of workers making it go, works perfectly.

This also was my first trip there with a smartphone. I had apps for line wait times. Dinner reservation needed? Just RSVP’d using the Disney Parks app. And this was my first true social media vacation, as I sent posts and pictures on Facebook in real-time. I love you, the future! 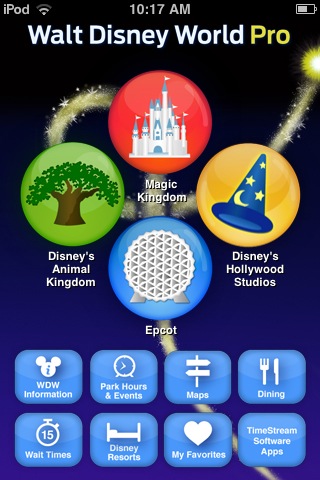 But if you use Disney’s wireless with family-friendly firewall, don’t be shocked if you can’t read Charlie Pierce’s blog on the vice presidential debate because Esquire.com is blocked as R-rated.

You are so in there. You love The Nightmare Before Christmas, and Jack and Sally are all over the place. Disney’s even gone steampunk, with the Mechanical Kingdom line.

You’ve got Vinylmation, which are Dunny and Labbit-style custom-painted figurines. 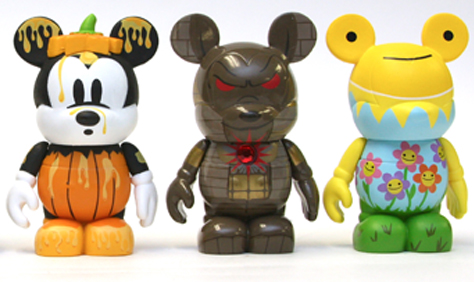 Got one for my brother that looks like a Kanye West teddy bear. And graphic tees
with Walt Disney quotes, Mickey in neon silhouette with headphones while rocking phat beats, or Prince Philip from Sleeping Beauty with the
words “Sorry, ladies, I’m taken” on it.

We swam in a sea of culinary excellence at Michelin-starred restaurants of every cuisine in the world. Plus most of those places are utterly devoid of children and are very quiet.

You can take a freaking cartoon-drawing class and work some dialog tracks, or get lost in the Art of Disney store with fine collectibles.

Disney bought Marvel, but Universal Studios has the park rights.  But more Marvel toys are creeping in, and that Avengers-painted monorail was rad. Expect more in the coming years.

They brought back Captain EO, so get ready to party like it’s 1986 with Michael Jackson at the height of his from-another-planet powers. 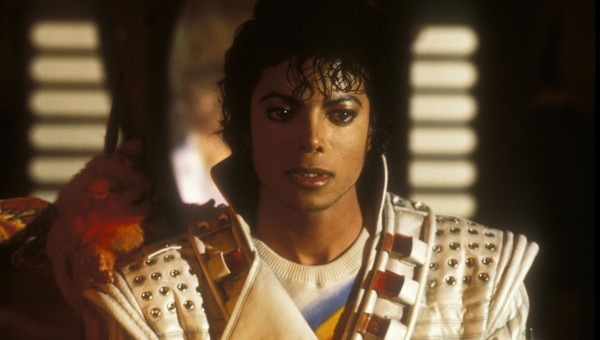 Eat at the Sci-Fi Dine-In Theater, sitting at a table tricked out like a 1950s convertible while watching trailers for The Amazing Colossal Man, The Giant Gila Monster and every other movie you saw on MST3K. Or fly to Mars. 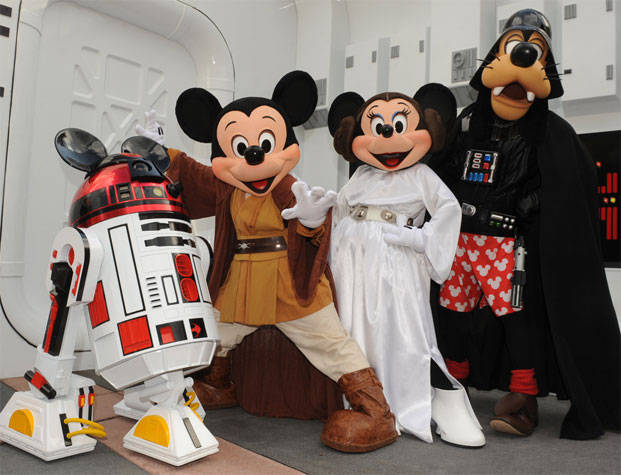 More stuff than ever; I knew that Lucasfilm/Disney sale wasn’t far off, when I saw the waves of merch flying at you and the revamped, totally-awesome-now Star Tours ride with 30-odd adventures and all in 3D. And your kids can sign up for the Jedi Training Academy and fight Darth Vader on stage in front of everyone. (Of course, the session we caught had 15 boys and one girl.)

Disney even figured out the gamer nerds.

The Sorcerers of the Magic Kingdom card game combined Magic: The Gathering-style spell cards with a scavenger hunt and video games. You get a starter pack of cards, and walk from station to station gathering magic items, more cards, and fighting bad guys from the Disney movies. The cards are all free, but people are selling rare ones for hundreds of dollars online. The worker who gave us a starter pack cautioned us against getting cheated out of valuable cards.

We tried out the game for a few minutes, and it was fun. But we had other things to do. We didn’t want to be the woman who approached at a game station asking to trade and saying that she was spending her last day at Disney World standing there and trying to get a few last cards to complete the set.

But we did have one card on this trip that we didn’t have before: the marriage card.

And like Disney itself, it’s funny to be involved in something so square yet so personal, inclusive and awesome at the same time. Everywhere we went, we ran into married couples: folks on anniversaries, from the first year to a pair of couples celebrating Nos. 61 and 64.

They gave us tons of advice and wished us well. Even an Englishman we met who, in a trademark manner of English sardonic humor, said, “It’s gets heavier, the ball and chain.” 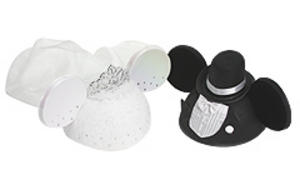 We donned our bride and groom mouse ears, and “happily ever after” buttons, and random strangers yelled congratulations for days on end.

I’ve never seen an interracial relationship get so much cheering outside of Seal and Heidi Klum.

In an interracial relationship (especially black and white, in my opinion), what people think or say is always there in your head.

To think that our kind of relationship was illegal in many states up to 1967, and now we’re openly cheered.

One night in Epcot, we stopped at the champagne station.

While awaiting our bubbly, we chatted with a two gay men on their first anniversary, and a pair of Taylor Swiftian 18-year-olds just engaged that night. We congratulated each other and sipped our champagne, walking off into the night united and each on our own way. We all fit together here.

The Disney ethic is very much wrapped in American patriotism, with several attractions showcasing American history and the melting pot. I felt very proudly American in that moment.

And that’s a lot of the Disney World experience as a whole.

Square and cool all at once, because it’s really for everyone.

Because my wife and I, the corn-fed Middle American families of four, and the grizzled middle-aged man covered in tattoos and wearing a Black Sabbath shirt?

We’re all riding in the same bus.