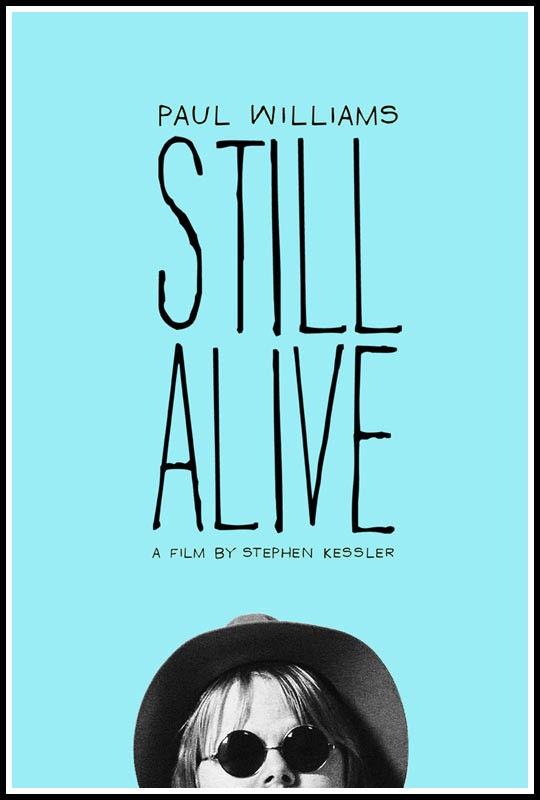 TV in the Seventies could be described as a place where celebrities went to have cocaine fueled conversations with each other. But what happened to those celebrities and what made them tic?

If you have ever asked yourself that question, then Paul Williams: Still Alive is the movie for you.

Narrated and directed by Stephen Kessler (The Independent, Vegas Vacation), Paul Williams: Still Alive is a labor of love that tells the tale of Kessler’s admiration for the stellar songwriter from the 60s and 70s and his battle to spend time filming Williams’ contemporary life as a very normal family man. He tags along with Paul Williams from Vegas to the Phillipines to watch a man embracing the art from his past while distancing himself mentally and emotionally from his substance abusing past. While Paul Williams himself is blatantly not excited to be the subject of a documentary, he eventually opens up giving the story a cathartic twist that I did not anticipate.

The style of the movie is somewhat schizophrenic, but, in the end, Paul Williams: Still Alive is a love letter to a man who has crashed, burned and emerged from the flames a bigger man.

Okay, he’s still physically very small, but you can catch my drift.