Like many a good upstanding citizen of pop trash culture, Friday night monster movies and Saturday morning cartoons, it has always been a bit of a task for me to embrace most political candidates, yet for my entire life, ever since I was eligible, I have taken part in voting at every election.

I guess I watched Robert Redford in The Candidate a few too many times, so between that film and the fact that the majority of politicians that I have known personally have been sketchy, self serving egomaniacs out to fill their own slimy pockets, sort of makes one a bit suspicious and cynical of the whole process in general.

Still, as I write this on the eve of the next American Presidential election, I will vote and hope for the best, and wish that perhaps the winner will be a person that, if I were given the opportunity, is a person you could sit down with over a beer to talk about which Funkadelic or Rolling Stones album is best.

In keeping with the spirit of the great MAD Magazine, here then from Mystery Box H.Q. are my own “usual gang of idiots” picking some candidates we wished had won in the past or in tomorrow’s election… 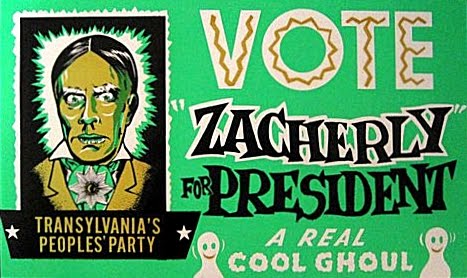 Not only one of the greatest Horror Hosts to come out of
the early Silver Age of Television, Zach released some wonderful LP
recordings, has stayed in it for the long haul and in person is among
the nicest gentlemen to ever wear a Ghoulish Glow. 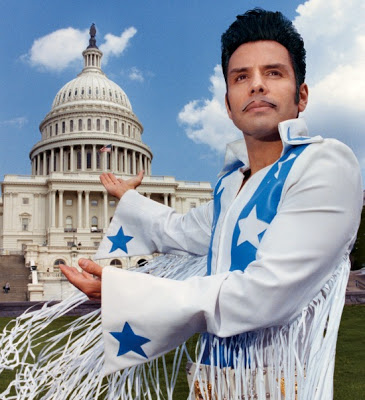 El Vez, the self-proclaimed Mexican Elvis, continues to
run as a Presidential candidate for each election as he mightily tours
the world creating a sensation and bringing on fainting spells wherever
he touches down with his large musical fiesta. Once again, in person,
he’s a sweetheart who has had his golden lamé
suit exhibited in The Smithsonian along with other notable Hispanic
musical greats such as Richie Valens. 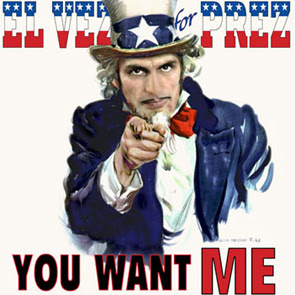 Though on the surface El Vez seems
like something that is a light-hearted good time, in actuality his
lyrics are heavy, often very political and address pro-Latino issues. El Vez is certainly one of the good ones.

Team Kaiju makes for a great pairing when it comes to some major
ass-kicking on controversal issues. Both are extremely pro women and pro
monster, plus they have some really cool friends in high places that
can weigh in from time to time when an important bill needs to be
smashed…I mean passed.

The late musical genius and leader of The Mothers Of Invention was not only a man that could talk circles around most human beings, he also put thought behind his words with a clear logical sense that is rarely heard from typical politicians engaged in their usual double-speak. 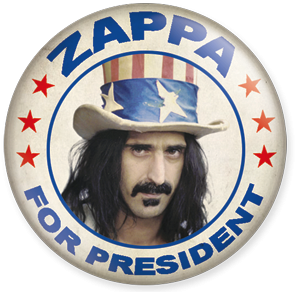 Frank’s autobiography is among the greatest you can read, and had he been given the chance (he almost got in to politics for real via his good friend, the late Václav Havel, when Havel was President of the Czech Republic, but our government put the kibosh on that one at the time) he really may have made for a wonderful President, chain-smoking cigarettes aside. 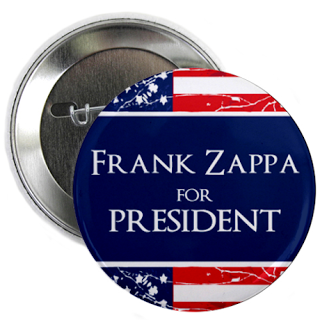 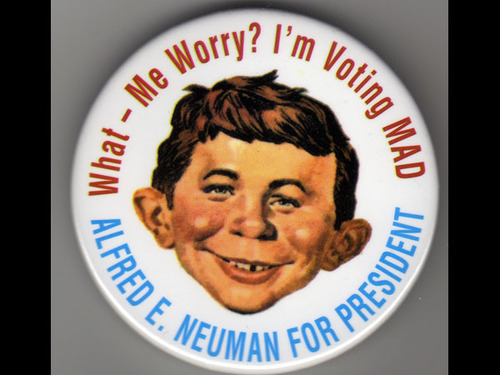 Alfred E. Neuman has been associated with MAD Magazine since his likeness first appeared with them in 1954. Soon after he was already being touted as a Presidential candidate.

There’s a great site that details all the qualifications for MAD Magazine’s figurehead called Hypocrisy Today
with one of my faves written at the time of the election of our 43rd President, “He’s
just as smart as the other candidates and twice as popular.”

With his slogan “Get Down America!” Howard ran on his All-Night Party ticket, and while he never did catch a win, the details of his nomination contain a storyline as convoluted and containing as many “interesting” and sordid characters as a real Presidential election (for instance Dr. Angst, Tillie the Hun and The Spanker). 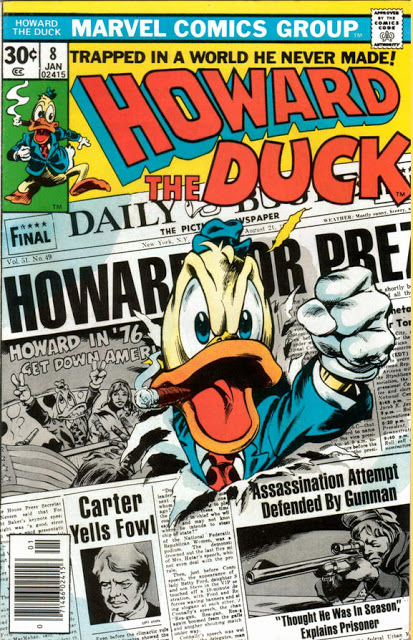 Plus, how can you not feel some sympathy for a duck that was snatched from his home planet and dropped in the Florida Everglades by Thog The Overmaster? 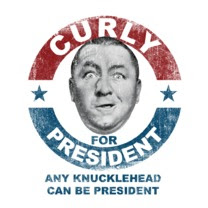 Truth be told, I would throw my full support behind any of The Three Stooges. Shemp, Larry, Moe, hell, even Joe Besser would bring something to the position.

Did someone say massive pie fight in The White House? 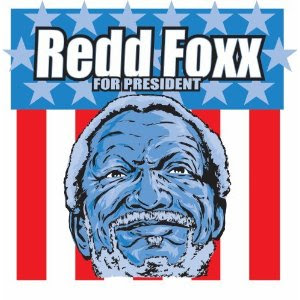 As the late, great Fred Sanford would say “I ain’t voting for no dummy!”

Here we had a candidate who not only would have been the first black
President, imagine having Aunt Esther as his running mate. The first
black/woman Vice President smacking shifty congressmen upside the head
with her purse. 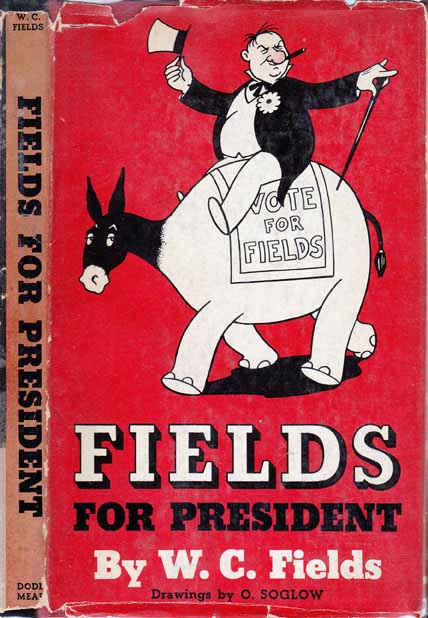 In 1940 this book was written by Fields and published as a selection of humorous essays collected in the form of a campaign speech.
To be honest, this still holds up now as a really funny and wonderfully written book. Almost seems as if it were written for some of today’s candidates with lines like “If he knows nothing else, a President should at least understand the
secret of success in the business world. For, after all, what is the
Presidency but a glorified business – or, at least, a fine racket?” 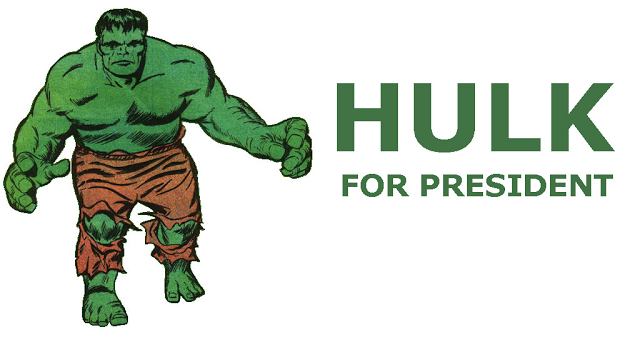 Hulk ran in 2008, and while he didn’t win, his campaign stickers still hold that he was a great selection.

Until next time, have a happy election folks and let’s all hope for the best in 2012!!

In this article:Humor, Politics, Written by Robert Jaz

‘The Adventures of Spike the Wonder Dog’ (review)

Written by Bill Boggs Published by Post Hill Press   I’m more of a cat person myself, although we do also have a dog...

It all starts with P.G. WODEHOUSE—although I didn’t find him ‘til much later—but the three guys here are, to varying degrees, his spiritual sons,...