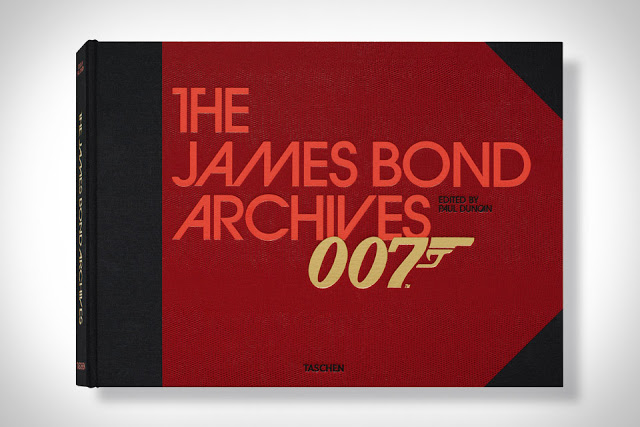 This is definitely a James Bond year, what with the release of Skyfall on Nov. 9th and the 50th anniversary of Mr. Shaken, Not Stirred being celebrated in almost every form of nostalgia.

But this amazing 600 page book from Taschen not only delves into the fantastic tale of the womanizing British spy who likes to kill for Crown and Country, it also burrows itself deep into little known facts and trivia about Mr. Bond that even the most ardent fan will be in awe of.

Want a little taste of the innards?

The James Bond Archives ($200) will fill your martini loving soul with the following info:

1. Celebrating the 50th anniversary of the most successful and longest-running film franchise in cinema history!

2. Made with unrestricted access to the Bond archives, this XL tome recounts the entire history of James Bond in words and pictures.

3. Among the 1,100 images are many previously unseen stills, on-set photos, memos, documents, storyboards, posters, and designs, plus unused concepts, and alternative designs.

4. Behind-the-scenes stories from the people who were there: producers, directors, actors, screenwriters, production designers, special effects technicians, stuntmen, and other crew members.

6. Special bonus included with the first print run of the book only: an original strip of film from Dr. No

If your pants aren’t moistened yet, then you’re probably a maniacal evil-doer who plans to destroy the world.