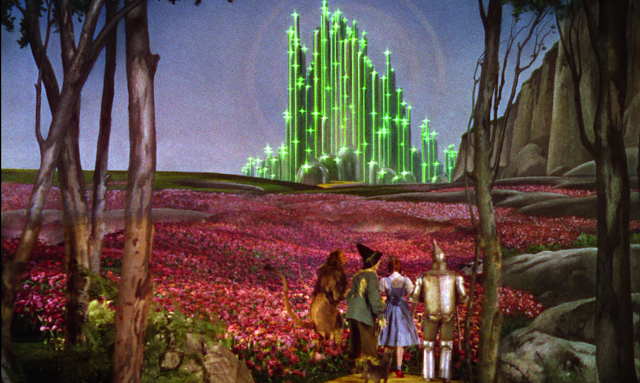 Spooky Cool Labs and Warner Bros. Interactive Entertainment announced that The Wizard of Oz game for Facebook has launched to the public. Based on the beloved film, the game sets players on the adventure of a lifetime as they join DOROTHY™, TOTO™ and all of her friends on a trip down the YELLOW BRICK ROAD, which game players must build.

With full license from Warner Bros. Interactive Entertainment, the in-game experience includes music from the original soundtrack, video clips from the film and likenesses of its beloved characters, including Judy Garland as Dorothy and Margaret Hamilton as the WICKED WITCH OF THE WEST.

“We’re proud to have created such an immersive experience based on the greatest, most-watched movie in history, The Wizard of Oz.” says Joe Kaminkow, founder and CEO of Spooky Cool Labs. “Players will get to enjoy interacting with Dorothy, GLINDA THE GOOD WITCH™, TIN MAN™, SCARECROW™, COWARDLY LION™ and all of the other characters people have loved for years. Warner Bros. is an amazing partner and it’s been a wonderful project to work on with them.”

Players arrive in Munchkinland right after Dorothy’s house lands on the WICKED WITCH OF THE EAST™. With help from Glinda, players become familiar with Munchkinland and begin to build their very-own Munchkintown. They must construct buildings, interact with and protect the locals, and build the Yellow Brick Road in order to lead Dorothy and her friends to their ultimate destination, the EMERALD CITY.

While on their journey through the Land of Oz, players will encounter the other characters from the film, whether on the Yellow Brick Road or fending off the Wicked Witch of the West and her WINGED MONKEYS™ from attacking the town. Players can share their experience with friends by visiting each others’ Munchkinlands and helping with quests, as well as sharing their favorite moments and experiences through various social features.

Fans of the Land of Oz can go to Facebook now to start their journey to the Emerald City: https://apps.facebook.com/wozgame. 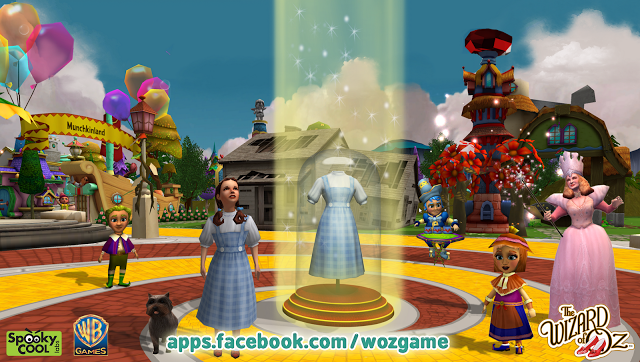 And as for that iconic Gingham dress seen above, the original one sold this past weekend at auction in Beverly Hills for $480,000.  To celebrate this event, Facebook game users are currently able to display a replica of Dorothy’s dress in their “Munchkintown” for free until November 27.  It will be for sale in the game after that date.