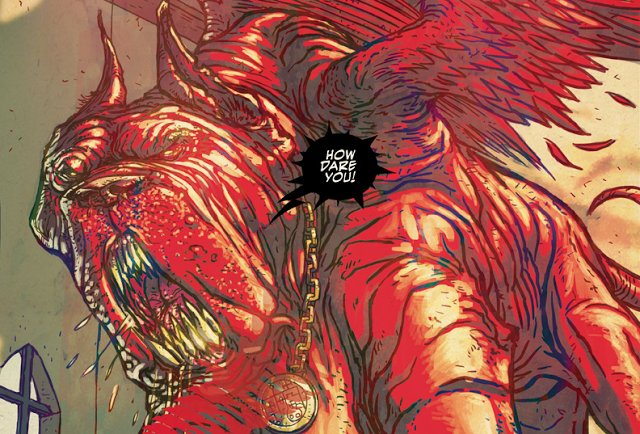 FIGHTING YOUR INNER DEMONS IN REPOSSESSED 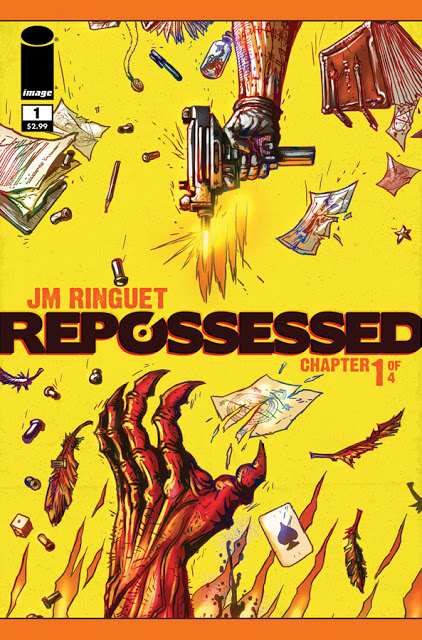 A plague of demons getting you down? Has a loved one started gibbering in the inscrutable language of Hell? Not to worry—there are people trained to cast out those spirits! In January 2013, Image Comics will introduce you to the Dee Agency and three of its tough-as-demon-claws agents in REPOSSESSED, a raucous new mini-series by JM Ringuet (TRANSHUMAN).

No-nonsense Joe, swaggering Clay, and whip-smart Martha are the best repo team at Dee Agency. Their demon-vanquishing gear consists of big guns, bigger grimoires, and a good supply of silver bullets and saints’ teeth—and they know how to use them! (Though Clay does tend to be heavy on the bombastic combat talk). They’ll need all of their skills to complete a seemingly easy mission to repossess a rich girl who has run away to Las Vegas—because this is one case of something that happens in Vegas not staying in Vegas.

REPOSSESSED is a supernatural action-fest, with the wryness of Hellboy and the badass attitude of classic Grindhouse films—exactly what Ringuet wanted to create.

“What I wanted to do was to create a packed fun action thrill-ride, something that would feel like barreling down a highway in a muscle car with loud rock music blasting from the radio and a bunch of friends laughing in the backseat,” said Ringuet, who both writes and illustrates REPOSSESSED. “I wanted to make it explosive, surprising, funny, with something new on every page.”

The first issue of this Dodge Charger (with a sweet flame paint job) of a comic is due in stores on January 9. Pre-order it at your local comics store from the November issue of Previews now, and save yourself the race down the interstate to snag the last issue on the shelves!