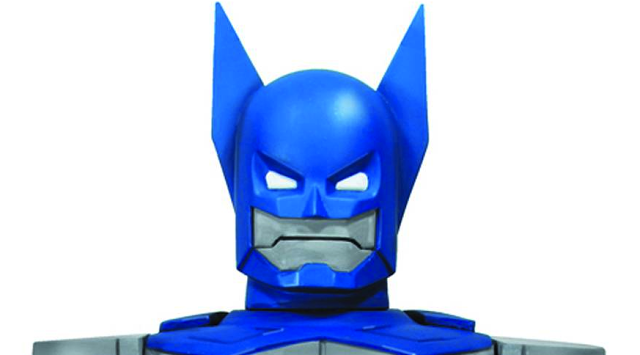 Batman invades Gotham City and your collection! Capturing the classic look of Japanese super-mecha and super-shogun figures, this stylized Batman vinyl figure makes a great gift for fans of the Caped Crusader and enormously large figures! Batman is shown in his classic blue and gray outfit, featuring rigid edges on the horns of his Bat cowl, gauntlets, and boots. To capture the essence of Japanese super-mecha figures, the Batman Robot Vinyl Invader 11-Inch Vinyl Action Figure comes in a displayable window box with real and stylized Japanese fonts! 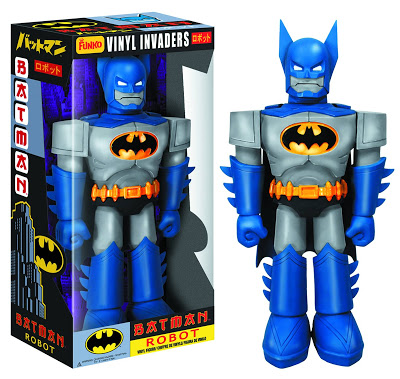 And thanks to our friends at Neatoshop, we’re giving one away to a Forces of Geek reader!

To enter, please send an email with the subject header “SUGOI BATMAN” to
geekcontest @ gmail dot com and answer the following question:

In 1966 this Japanese cartoonist wrote and drew a Batman manga series?