An alien crashes to Earth outside a South London housing estate (in the US, we call them “projects”) where it encounters the local teenage toughs.
Later the same night, more aliens crash land outside the same estate. The teens arm themselves and go hunting, only to find out there’s some disagreement over who’s the prey, and who’s the predator. 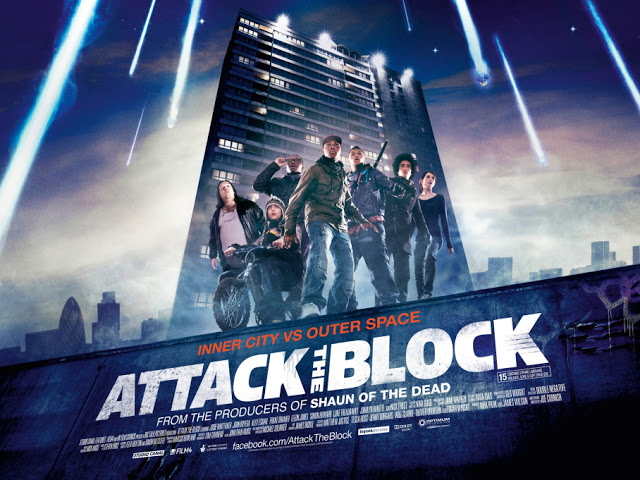 Aliens versus the locals isn’t a new idea, but this version has a fresh voice, and vision, that’s both energetic and exuberant.

In the first 20 minutes of this movie, the lads (Moses, Pest, Jerome, Dennis, and Biggz): 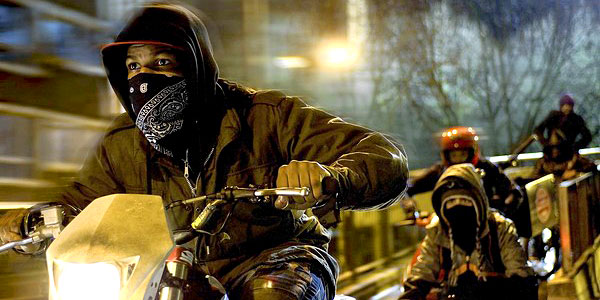 That’s a ton of stuff to accomplish in 20 minutes with any clarity, and this movie pulls it off…
…mostly.
Of course, when you’re moving this fast, something suffers, and in Attack the Block, it’s characters. None of the characters are particularly well developed or fleshed out. Moses and Sam get some detail as the movie goes on.
Fortunately the actors, and the costumers, do a good job of making each person distinct, but aside from Moses, Sam, Ron, and Brewis (Luke Treadaway), you’ll have a hard time remembering who said what during the movie.

That said, the intense loyalty demonstrated on screen is a great writing tool for keeping your audience invested in the well-being of even secondary characters.
The context is clear from the get-go, and the conflict escalates seamlessly through an effective, if typical, story structure.
The aliens are well-designed and well-filmed. We jumped several times during the movie, but each time was more of a “Dayyuummm” jump than a scare.

The action is swift, so you mostly won’t care about how they re-use sets, or about how they telegraph some events and ideas.
Not to brag too much, but I predicted what the aliens were doing before the movie told us. I was off a little, but not by much. I didn’t care, and I hope you won’t either. 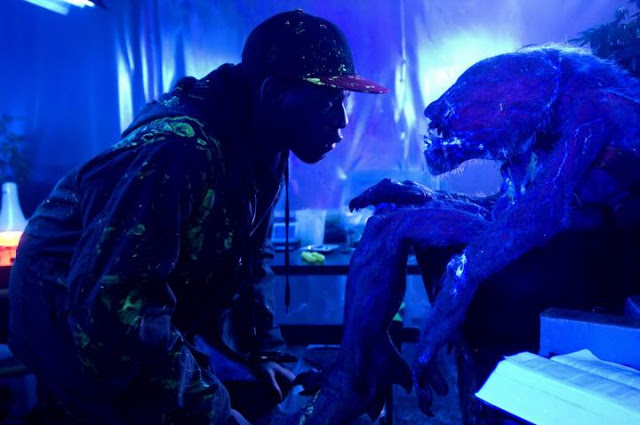 Summary
It’s not perfect, but director Joe Cornish does a terrific job in his feature film debut and you should see Attack the Block if you haven’t already. 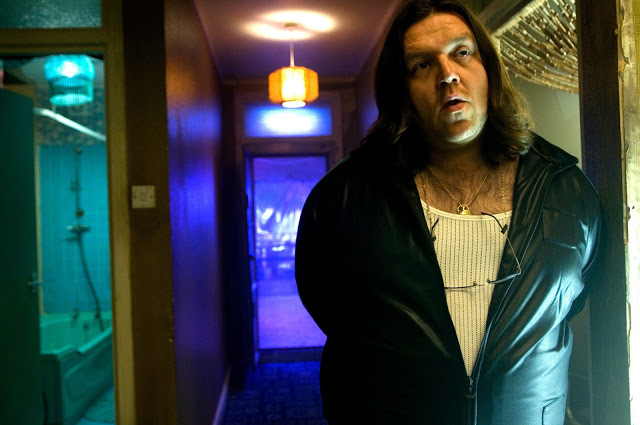