Something is warming up the Arctic ice, so the UN builds a top-secret international science station under the ice.

It stops communicating with the rest of the world.

Meanwhile, there’s a struggle between science-type people, led by a beautiful woman, and by the blow-things-up-first, investigate later faction, led by go-to villainous actor Mark Sheppard.

So when the violent faction realizes that the undersea base isn’t responding and they need their pet scientist, they send her ex-husband (played by David Keith) to get her, and they’re off on a magical, super low-budget, adventure. 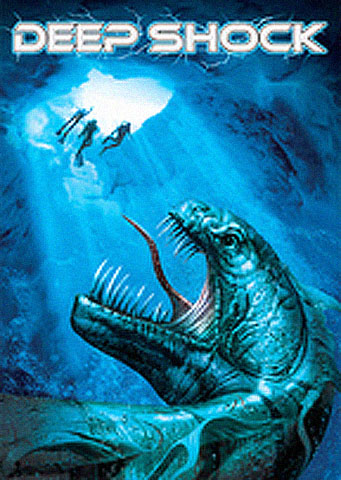 Oh. My. God. The awfulness…

How low was the budget?

They couldn’t afford cross-country skis for Dr. Anne Fletcher (Simmone Mackinnon), so her running stride in the snow just looks like skiing. Seriously. There’s one scene where she has the ski gear, so we know what she’s supposed to be doing.

The bad guys are gigantic, intelligent, electric eels. Yes, you read that right. 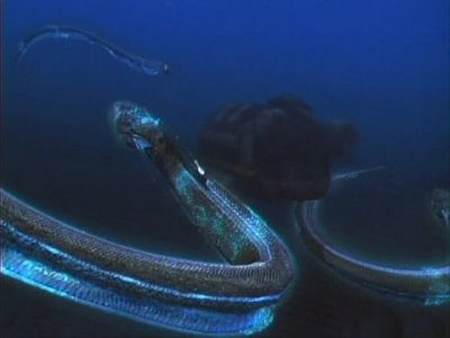 The CGI work was handled by a Bulgarian company to save money. Because, you know, Bulgaria was known for its world-class CGI work in 2003; and not at all because it was cheaper to work where they were filming.

Yes, they filmed an underwater movie in Sofia, Bulgaria. 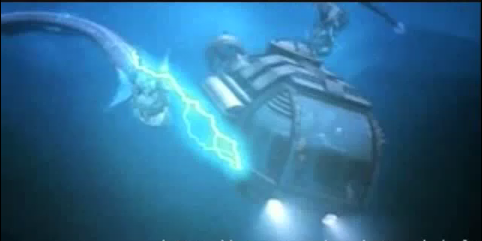 There are no characters in the movie, only stereotypes.

Honestly, I felt bad for David Keith. He’s been working since 1978, been twice nominated for Golden Globe awards, and won a ShoWest award. He’s the best actor in this movie, and it’s obvious that the Deek deserves better material.

Mark Sheppard was only ten years into his acting career when he made this, and I’m sure that the major supporting role was attractive for him. Certainly, the guy we’ve come to know and love on shows like Firefly and Leverage is all there in this movie. It’s just that his character isn’t fleshed out at all. As for

Simmone Mackinnon, I’m not familiar with her other work. She did something like 30 episodes of Baywatch, which is no recommendation for feature film work. Even if she were an amazing actor, her scientist is a series of clichés and she hasn’t got any material to work with.

Writer-director Phillip J Roth worked on such gems as A.P.E.X. and Interceptor Force 1 & 2 (with Olivier Grunier). So we should know what we’re getting into before Deep Shock even starts.

Context is only vaguely sketched in. We have no idea how anyone discovered the undersea rift or how the international community got together long enough to build the research station. The threat posed by the melting ice is never shown. As a result, we only barely understand why there is conflict between the two approaches to the melting Arctic ice.

The plot moves along pretty quickly, though, and without any terribly obvious holes. There’s typical monster movie bad decisions throughout.

The less said about the eels, the better. 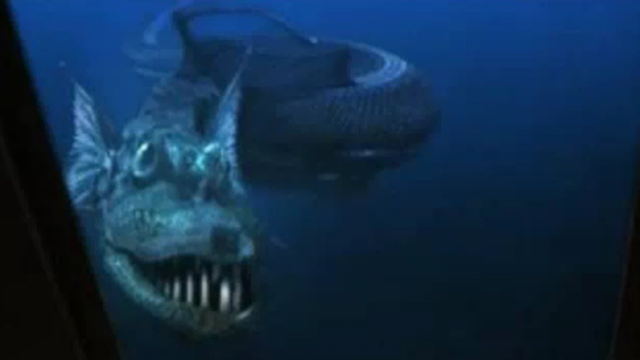 Deep Shock is hilariously bad, and I’m sure we could create a deadly drinking game around it.