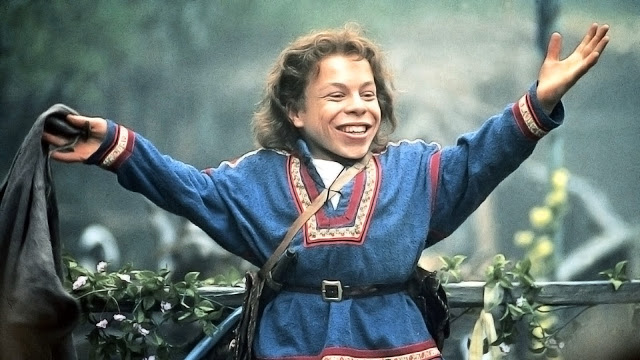 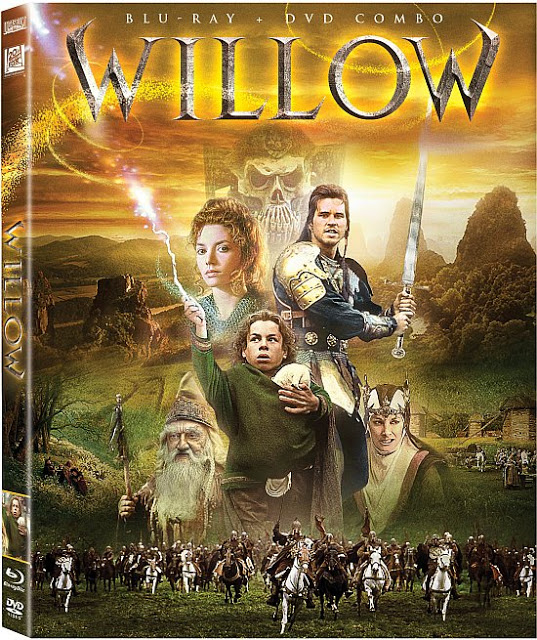 Journey to the far corners of your imagination with Willow, for the first time ever on stunning Blu-ray! Written and produced by George Lucas and directed by Ron Howard, the film tells a timeless fantasy tale in which heroes come in all sizes…and adventure is the greatest magic of all. In celebration of its 25th anniversary, the unforgettable classic has been fully digitally restored and debuts on Blu-ray and DVD Combo Pack March 12, 2013 from Lucasfilm Ltd. and Twentieth Century Fox Home Entertainment.

When young Willow Ufgood (Warwick Davis; Harry Potter franchise) finds an abandoned baby girl, he learns she is destined to end the reign of the wicked Queen Bavmorda (Jean Marsh; “Upstairs, Downstairs”). In order to protect the child, Willow must team up with a rogue swordsman (Val Kilmer; Kiss Kiss, Bang Bang) and overcome the forces of darkness in the ultimate battle of good versus evil!

The Willow Blu-ray and DVD include a dazzling array of extras with never-before-seen exclusive content such as deleted scenes with remarks from Ron Howard, a personal video diary of Warwick Davis, matte paintings and much more. In addition, look out for Ron Howard’s new introduction for the original 1988 featurette “The Making of an Adventure,” as well as special effect legend Dennis Muren’s new intro to his piece, “From Morf to Morphing: The Dawn of Digital Filmmaking.”

Special Features
WILLOW is presented in widescreen with 5.1 DTS HD Master Audio (Lossless). Special features include:
● NEW Willow: Deleted Scenes with Ron Howard
● NEW Willow: An Unlikely Hero Personal Video Diary of Warwick Davis
● The Making of an Adventure with an all new introduction from Ron Howard
● From Morf to Morphing with an all new introduction from Dennis Muren
● Matte Paintings
● Easter Egg