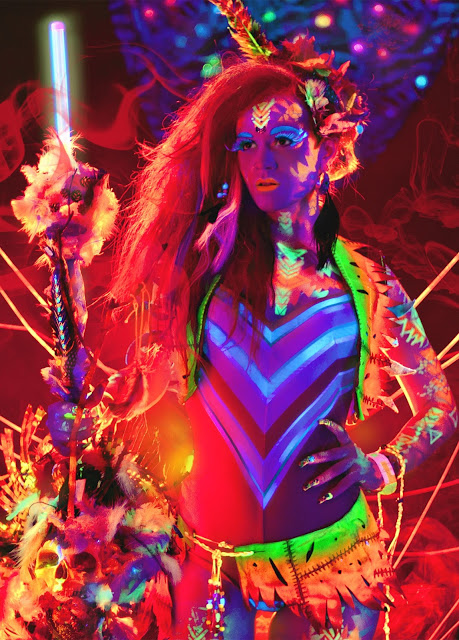 Casey was kind enough to chat with Forces of Geek’s Clay N. Ferno via email about her television appearance, her amazing fashion sense and what she’s learned from her recent experience producing videos and creating her next wave of new wave. Her new record Déjà Vu has touchstones in 80s synth pop and has a familiar tone, but we promise you this is nothing you have heard before. Casey also provides some great advice and inspiration for young ladies looking to produce their own music and persue music as a career.

It’s been a while since you’ve released a record. What can the fans expect?

I wanted to make a record that would make people dance. 😉  I incorporated my favorite vintage synth sounds and drum machines of 80s dance pop with my current EDM production tools and this record is a hybrid of the two.

The video for the title track Deja Vu video is spectacular. What did you learn most from the “Glamazon” shoot?

Probably the biggest lesson for this project was time management.  We rented a green screen studio out of state and were under the gun to get all the shots done in a few hours, which was really difficult to pull off because the make up, hair and costumes changes took so much time to get together for each scene.  I don’t think the director was used to or expecting such a project when it came to the time it took for the cast to get ready and he was pretty stressed out for most of the shoot.  In the end it came out great, but we probably should have rented the studio for several hours more than we did.  I LOVE my choreographer Niki Thelismond

The production is amazing. Are you still working on the music from your own studio?

Thank You! Yes, I do the bulk of my writing and production in my own studio. I also work a lot with my bandmate Taylor Barefoot in his studio. He’s a fantastic engineer.

Care to tell us about some of the collaborators you have worked with on this record?

Several of the songs on the album were co-written with Boston native via Nashville hit songwriter Robert Ellis Orrall.  I put him on the spot a couple years ago when he was on a panel at an ASCAP convention, I took the audience mic and  asked him to write with me in front of a thousand ASCAP members, and he reluctantly agreed to take my cd to listen to.  He surprised the hell out of me when he called me back an hour later saying he wanted to talk with me.  He’s one of the sweetest people I’ve ever met, so fun and easy to work with. He invited me to Nashville to write with him, and he’s been up to my studio several times to write together as well.

How was coming back to Boston after being on The Voice last year? Did you immediately start working on these new songs with a different energy?

I pretty much had more than half of my album already recorded before I was on the Voice, and continued to write in my spare time when I was on the show. I wrote the title track Déjà Vu on the plane home from LA coming back from the show. I was happy to be home, and free to focus on finishing the album. 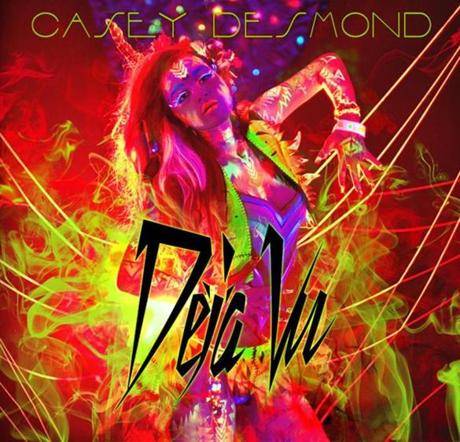 How are you achieving such a full sound with just two band members? Last we saw you live was at the launch for WFNX radio relaunch.

“Pay no attention to that man behind the curtain” – The Wizard of Oz. But seriously, Taylor and I use a ton of gear on stage to layer our live sound and are accompanied by multi track backing tracks that we control from the stage. Abelton rules.

Your personal fashion and style are quite literally the talk of the town at events like that one. When it comes to your costumes and street style, are you trying to capture the electric energy of your neon pop songs? Does one influence the other?

They’re both pretty much an extension of who I am as a person. I love color and art and the energy of creativity and it spills over into my music and my clothes, hair, make up, and my home.

Tell us about your friend Tofu Squirrel. She’s at the top of her game in the art world and you are at the top of your game with this new record. Is Liz helping with some album art or merchandise? Please say yes!

Tofu Squirrel has helped me with several designs for T-shirts, Stickers, Posters, and my website. She’s one of my favorite artists and people.

If you are launching internet radio, a TV star and are just one tap away in the iTunes store, can I ask why you are packaging you music on vinyl as well? For nostalgia sake, audiophile reasons, or just to be a badass?

All three are acceptable answers!  I think all three reasons apply.  I love the ability to print your album artwork on a big 12×12 canvas instead of a little CD, the audio quality of vinyl is so different that digital, and it keeps those of us who love to collect and play vinyl happy.

Any advice for some young female fans out there that might want to produce and perform music? I’m sure your fans are looking up to you and want to rise to the top someday!

The world needs more female producers and engineers and dj’s to level the playing field.  The music business is still still very sexist, and women artists are objectified no matter how talented they are.
There are hundreds of male djs to every one female dj, and that’s just nuts.  So I’m hoping the future sees more female artists taking control of their own careers and pursuing careers not only on the stage but behind the scenes of the creating of music as well.

For more information, visit Casey Desmond’s site and follow her on Twitter!
Her upcoming show on December 22nd at Brighton Music Hall is a benefit concert for the local music education charity, Music Drives Us Foundation, a New England non-profit that supplies grants for New England school music programs.