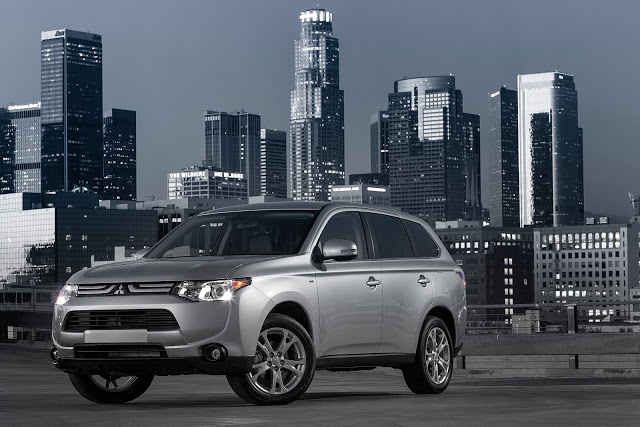 Let me be completely honest.  I haven’t driven on any sort of regular basis since 1989.

Sure, it has it’s limitations, and even though I swore that I was holding out for a Batmobile, this Mitsubishi Outlander is pretty damned impressive.  Much more Jack Bauer than Bruce Wayne, but very cool nevertheless.

I’d also have to put in a sweet sound system including an impressive subwoofer to crank my theme song, which although still uncomposed, might wind up being the Theme From “Shaft”.

Check out the specs of this baby below.  I need to finish my application to CTU.

The all-new 2014 Mitsubishi Outlander compact crossover is expected to be one of the most fuel-efficient CUVs with standard 7-passenger seating in the North American marketplace (pending EPA fuel mileage rating).

Joining its slightly smaller brethren, the made-in-America redesigned 5-passenger 2013 Outlander Sport, as part of Mitsubishi’s revised model lineup, the all-new 2014 Outlander elevates the level of luxury, refinement and fuel economy that consumers have come to expect from the affordably-priced crossover segment.

With its smooth surfaces and crisp, modern lines, the new exterior design of the 2014 Outlander lends the Japanese automobile manufacturer’s latest head-turning creation an air of elevated status and sophistication more akin to crossover vehicles residing within in a much loftier price point. 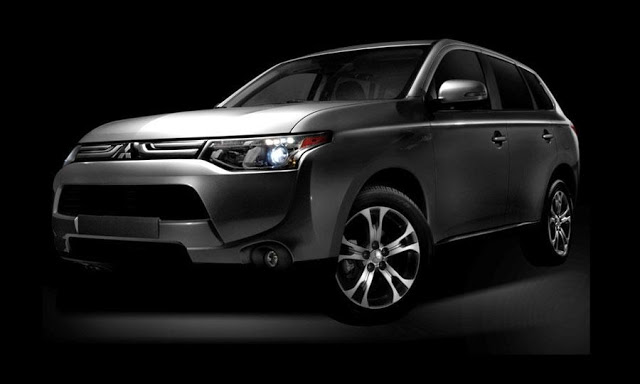 Perhaps the most prominent new feature of the exterior sheetmetal is the new streamlined front fascia, accentuated by a more urbane design that emphasizes aerodynamic efficiency as much as eye-catching appeal – an engineering necessity in these days of high fuel prices and increased fuel economy mandates.

Greatly aiding fuel efficiency of this captivating crossover is a wind-cheating advanced aerodynamic exterior design that is 7% more aerodynamically-efficient as well as a lightweight body that is approximately 200 pounds lighter than that of the car it replaces.

This workhorse 4-cylinder engine is coupled to an advanced continuously-variable transmission (CVT) that mimics unique ratio patterns for improved “shift” feel as well as enhanced fuel economy. An all-new feature added to the new Outlander’s CVT is Acceleration Control that provides better throttle response at the early stage of acceleration and postpones upshifts until later in the rev range.

What’s more, a new driver-activated ECO-mode setting that is standard on all 2014 Outlander models helps to further reduce fuel consumption by slightly reducing engine power on initial acceleration as well as the airflow volume of the air conditioning. Furthermore, when Outlander models equipped with Super All-Wheel Control (S-AWC) are driven with 4WD engaged, the driver-activated ECO-mode will allow the vehicle to function as a 2WD vehicle until sensors instantaneously reactivate 4WD when deemed necessary.

The premium 2014 Outlander GT model receives a power upgrade in the form of a 24-valve 3.0-liter V-6 MIVEC engine that produces a full 224 horsepower at 6250 rpm and a plentiful 215 lb.-ft. of torque at 3750 rpm. This spirited engine utilizes low viscosity engine oil (0W-20) and iridium spark plugs to help maximize fuel efficiency. A refined 6-speed automatic transmission is a paragon of efficiency, directing power to the driven wheels with improved torque converter performance and a new final drive ratio contributes to improved fuel mileage.

Mitsubishi designers and engineers put a special emphasis in endowing their stylish all-new crossover with numerous cutting-edge advanced safety technologies (available on SE and GT models). Among these are:

Adaptive Cruise Control – a radar-based sensor in the vehicle’s front grille constantly measures distance between the Outlander and the vehicle in front of it, allowing the driver to select three different following distance settings.

Forward Collision Mitigation – a radar-based system that detects obstructions in front of the Outlander and automatically warns and then applies the brakes to help minimize a collision with the vehicle in front.

Lane Departure Warning – a camera-based system that helps to monitor lane position of the Outlander and warn the driver via visual and audio warnings should they begin to veer into the next lane. 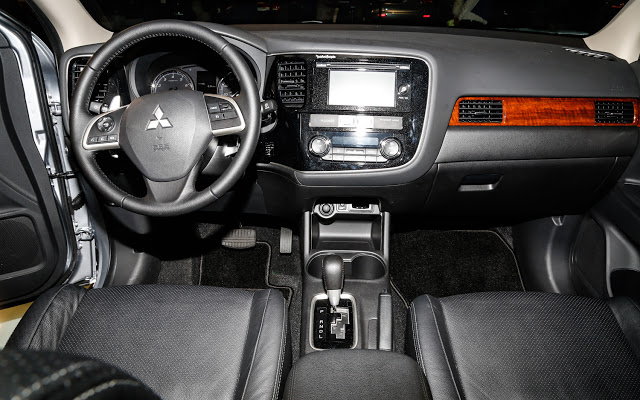 Along with these new class-leading safety technologies, particular attention has been paid within the all-new Outlander’s interior to make it not only an exceptionally quiet and comfortable cabin but also one that makes use of the highest grade materials available. 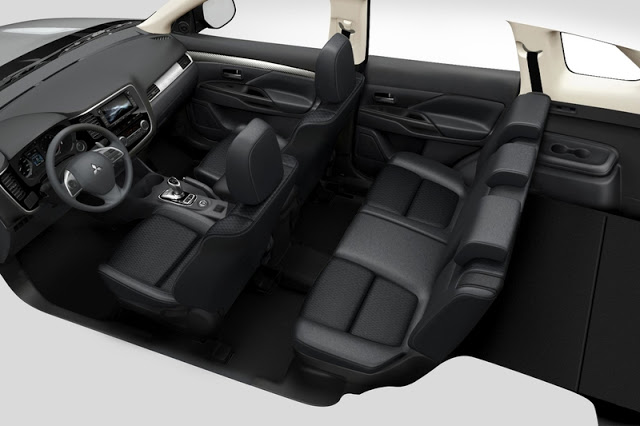 Additionally, all seven seating positions have been completely reconfigured for improved comfort/ergonomics as well as for ease of operation of the fold-flat seats (2nd and 3rd row seating sections) allowing up to 128.6 cubic feet of passenger room.

The all-new 2014 Mitsubishi Outlander is available (SE and GT models) with the company’s outstanding Super All Wheel Control (S-AWC) system that has been optimized for the vehicle’s new Brake Control and Electric Power Steering, allowing for even better vehicle performance and stability. Derived from similar computer management system hardware found in the Mitsubishi Lancer Evolution, the Outlander’s S-AWC system includes sensors that monitor vital vehicle dynamics including engine torque, gear ratio, steering angle, longitudinal and lateral acceleration as well as yaw rate to deliver an exceptional degree of vehicle stability, traction and safety in both adverse and every day driving conditions.

In addition to a long list of luxurious features that are included on standard models, check out the perks available in select Outlander packages: