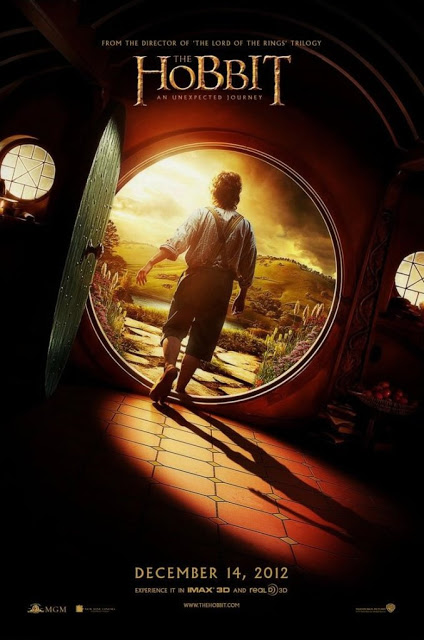 Nearly a decade after the enormous success of The Lord of the Rings trilogy, Peter Jackson brings us back to Middle-Earth in his spectacular production of The Hobbit: An Unexpected Journey.

Based on J.R.R. Tolkien’s classic tale, The Hobbit tells the story of Bilbo Baggins, an unadventurous hobbit, who reluctantly joins a team of dwarves embarking on an epic quest to reclaim their homeland from the treacherous dragon, Smaug.  Jackson guides us with exquisite, albeit overwhelming, detail through the children’s tale. Using childlike excitement of adventure versus unyielding vengeful reclamation, Jackson successfully accentuates the importance of making new bonds with different creatures and finding inspiration in others even when they are too lost to find it within themselves.

Martin Freeman is a great fit as the hobbit, Bilbo Baggins. His childlike hesitance in words and manner is adorable. Freeman’s facial expressions are comical and awkward, making Bilbo’s, usually unintentional bravery and heroism both charming and uplifting throughout the film. As The Hobbit is a children’s story, the humor is not surprisingly gag-like at times featuring belches and musical numbers, however, the tone is hardened quickly by the brooding leader of the dwarves, Thorin Oakenshield, played by Richard Armitage.

Contrasting Bilbo’s childish ignorance, having witnessed the decimation of his home and murder of his King (and grandfather), Thorin is untrusting and angry towards most creatures other than dwarves. Armitage is different (as the handsome, hard lead) than Viggo Mortensen in Jackson’s The Lord of the Rings trilogy.

We were smitten with Mortensen’s Aragorn: a kind and patient man, yet still a bold and fierce warrior holding onto and falling deeper into love with not only a woman, but also his team. Aragorn was immediately loyal and connected to his crew, which had an elf, dwarf, and four hobbits, among seasoned men-warriors. In The Hobbit, we don’t know if Thorin will ever truly trust anyone but dwarves. But because we witness his horrific past, it is easier to empathize with his harsh treatment of Bilbo’s unintentional clumsiness.

Balancing the character foils of Bilbo and Thorin is Gandalf the Grey, the wise, rational, “adult” of the crew. Sir Ian McKellen delivers lines with coy smirks, and despite his frumpy and casual demeanor, his character is a wise sorcerer, very aware of darkness that lingers around the clan. McKellen is enchanting as ever, and brings out the heart and true goal of the dwarves’ mission: not to exact vengeance, not to steal back a fortune, but to reclaim their rightful homeland.

The Hobbit unfolds as the crew engages in battles, scurries through forests, mountaintops and tunnels, and we happily expect each new mortal challenge upon which they always stumble and must survive. Similar to LOTR, we are always a bit nervous during the battle scenes, but know pretty confidently, that most characters will survive. Andy Serkis, returns as the decrepit, Ring-possessed, Gollum, and is the most anticipated obstacle Bilbo must face. Jackson delivers the scene fantastically. Serkis is genius as the pathetic and hungrily evil creature. Even though I know his doomed fate, I don’t hold grudges that he will terrorize a future Baggins, but feel sad that he is going to lose his “precious” treasure.

Peter Jackson has brought a new kind of accuracy to the big screen, which interrupts the otherwise lovely presentation of The Hobbit. The director shot the film at 48 frames per second, double the typical frame rate to which people are accustomed. The clarity makes things look too real, and too constructed at times. Instead of looking crisp and cool, certain scenes look like a high definition home video of a school play. What is supposed to be a horrid depiction of a city’s incineration looks unsophisticated and trite. Every single detail of backgrounds, foregrounds, and everything in between, is in focus. Nothing is left to the imagination, which brings the viewers out of the story instead of in. When the shots are close and steady or panning across majestic landscapes, the clarity is undeniably beautiful, but when Bilbo fiddles through his belongings or wraps his robe, it looks as if someone has accidentally pressed the 2x speed button and I was annoyed by the interruption. The beauty of stories lies in the blurry lines, like the suggestion of horrifying slashing during battle, but instead what we see feels like a video game reenactment.

Clever and silly at moments, and battle-ridden at others, The Hobbit: An Unexpected Journey is a wonderful first installation of a trilogy that has potential to be an exquisitely accurate portrayal of a wonderful story. The film is heartwarming and fun. Jackson just needs to trust his audience a bit more. We won’t miss the action sequences if every morsel of dirt and flesh isn’t in perfect high definition, it will even feel more appropriate at a normal, lesser frame rate. It shouldn’t look blocked or theater-like. I don’t want to be front row watching a stage performance filled with changing sets, I want to be submerged into Middle-Earth without seeing or feeling the seams of filmmaking.