Let’s ring in the New Year with a particularly tremulous Spasm.

I have seen The Hobbit: An Unexpected Journey and offer a few choice observations on both the film and its varying 2D and 3D viewing options, including reaction to the accompanying launch of the much-ballyhooed “High Frame Rate” projection format. 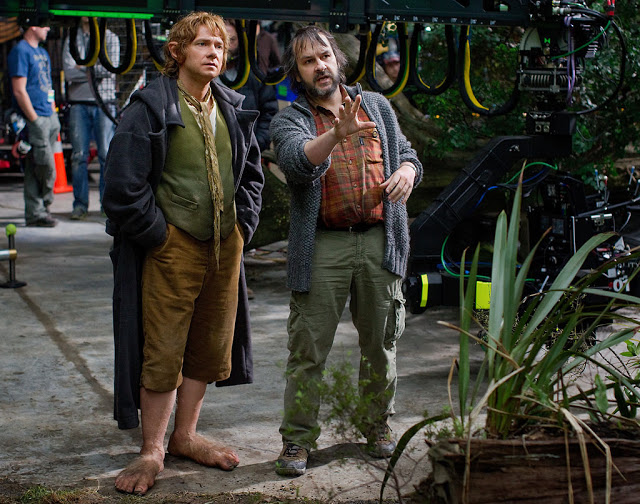 As for the movie, I quite enjoyed it, though it takes forever to get going.

A long early sequence with Bilbo meeting the dwarves threatens to hobble the story before the quest begins, but this introductory stretch has just about enough charm and humor to warrant its casual pace. It helps, too, that Sir Ian McKellen gleams as Gandolf, Martin Freeman makes for an affable young Bilbo, and the lively dwarves are properly daft. Still, the seemingly endless Shire set-up lends a lot of credence to the general harrumph amongst die-hard fans that such a slim story as The Hobbit has so dubiously been wrung into a trilogy.

Once we’re on the road, away from the Shire, things pick up considerably.

Before I knew it I was right back in the realm of Middle Earth, at the hands of a brilliant filmmaker who knows how to satisfy his audience. Return of the King was nine years ago, but it’s as if Peter Jackson and his crew never skipped a beat. The special effects and the grand production design are, as expected, uniformly terrific and in perfect alignment with the visual aesthetic of The Lord of the Rings trilogy. Notably, the upgraded digital Gollum looks positively incredible, with actor Andy Serkis once again bringing him to life through a maniacal and heartbreaking motion-capture performance.

As for this whole “trilogy” business, I don’t mind so much that Jackson and company are making another three-movie saga to mirror their Rings cycle, as I know they’ve conjured a plotline culled from Tolkien appendices and other writings external to the four books that comprise The Hobbit and The Lord of the Rings.  Admittedly, An Unexpected Journey  is mostly prologue and doesn’t quite reach a satisfying climax, but it does lay the groundwork for the saga and successfully whets my appetite for additional journeys through Middle Earth. There’s plenty of new and appropriate material for the screenwriters to plunder and, after all, they too are devoted Tolkien scholars. I can’t imagine they’ll screw this up.

We probably won’t begin to appreciate the full extent of this until we see how Episode 2 ends, but I suspect the story proper of “The Hobbit” will conclude in the next film and the newly devised events of Episode 3—based on Tolkien’s “expanded universe”—will link more indelibly to the later tale of “The Lord of the Rings.”

This is all purely speculation, but I am eagerly looking forward to both “The Hobbit: The Desolation of Smaug” (December 2013) and “The Hobbit: There and Back Again” (Summer 2014). I’m confident there’s ample material to fill up three movies and not have them feel like the shameless cash grabs many fans are presently dreading.

I’ve seen “The Hobbit” in its entirety in both Digital IMAX 3D (which we like to call MiniMAX) and on a big screen in regular old-fashioned 2D (it was projected digitally, rather than from actual glorious FILM). There are no less than FOUR viewing options for most audiences to watch “The Hobbit”—regular 2D, RealD 3D, IMAX 3D and “High Frame Rate” 48-frames-per-second 3D. I have viewed enough of the RealD 3D exhibition and the new 48 frames-per-second “High Frame Rate” 3D version to make assessments of all four competing formats. (A fifth variant combines IMAX with 48fps, but no theater in my viewing radius is showing this version.)

Both the IMAX 3D and the RealD 3D options offer a consistent and natural three-dimensionality.

The superb depth and scaling effects owe much to the fact that Peter Jackson captured the native images in 3D at the source (like with Avatar, Prometheus and Hugo), rather than artificially retrofitting the movie for 3D during post-production (like Titanic, Clash of the Titans and The Phantom Menace). Yet despite the frequency of expansive and breathtaking vistas that put us in the midst of Middle Earth, there are very few instances when the audience is actually involved in the action. Though there are several opportunities during the film to tweak and tease the viewer, nothing ever pops through the screen—I had expected a filmmaker as mischievous as Jackson to drench us in troll snot at least once or have us dodging a few boulders. Failing this, the 3D format—native or otherwise—comes off as a needless frivolity. 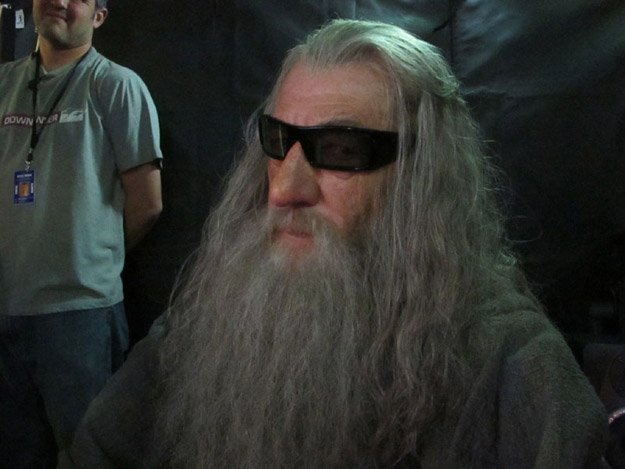 I say stick with the tried-and-true 2D 24-frames-per-second version, which looks glorious and most closely matches the cinematic experience of the previous Rings trilogy. There’s a reason 2D 24fps has endured as the standard of film projection for so many decades. Nothing else looks quite like a movie, and some things that aren’t broken needn’t necessarily be fixed.

This brings me, finally, to the new 48-frames-per-second “High Frame Rate” format. I’ve been hearing the eager sales pitch on 48fps ever since The Hobbit began filming over a year ago and read some frightful tales of grousing about how “fake” a work-in-progress convention promo reel looked.

Now that I’ve finally gotten a proper look at this supposed quantum leap in filming/projection technology, my verdict is in: Major Fail.

Granted, the 3D looks more realistic and the MOTION is smoother to the eye but, alarmingly, the 48fps format betrays the overall cinematic experience because the high frame rate alters the visual aesthetic. The results are downright ugly, exuding an awkward artificiality similar to peering into a 3D View Master reel. 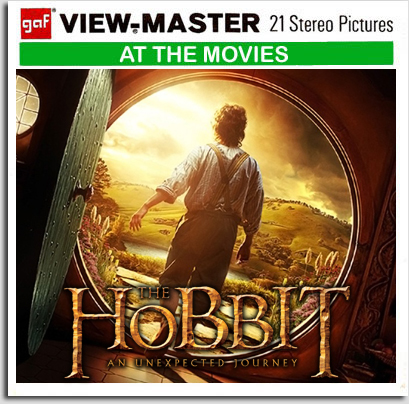 A film projected at 24fps looks inherently different to our eyes than one shown at 48fps, and doubling the frame rate essentially causes the image to appear like an over-enhanced video projection of a soap opera shot on chintzy sets with a cheap camcorder.

Some viewers apparently prefer this, because it lends the proceedings an immediate theatricality, as if the events onscreen were occurring live on a stage directly ahead. That’s all well and good for front-row Broadway junkies, but it’s not how film-goers are conditioned to expect a MOVIE to look like. Unless the scale of every scene and our line of sight remains consistent from shot to shot, the audience is constantly being shuttled between different vantage points, a subliminal effect exaggerated by 3D that tends to cause some viewers headaches and provoke a reaction akin to seasickness (our brains can only process so much information during any given time span, and for some people this constant shift in perspective is visual overload).

I watched a few of the making-of Weblogs for The Hobbit,  particularly the one that showcases the technical process of shooting 48fps in 3D with digital cameras, and I read with interest the stories of Peter Jackson’s giddy posturing on how this new frame rate gambit will revolutionize cinema, assuring skeptics that 48fps would be an evolution of movie exhibition on par with the introduction of synch sound, Technicolor and Cinemascope.

Aside from Jackson, directors Bryan Singer and James Cameron are reportedly equally smitten with High Frame Rate, and both have indicated that may shoot their respective sequels to X-Men and Avatar this way. It boggles my mind: How can these technically savvy filmmakers NOT see the plastic Fisher-Price sheen of 48fps as an immediate game-killer?

Based on this first horrific sampling of 48fps in The Hobbit, I suspect High Frame Rate will quickly go the way of other failed cinema gimmicks such as “Sensurround” or “Smell-O-Vision.” Whatever it is, it’s the OPPOSITE of cinema.

In closing, I want to give a shout out to EON Productions, whose 23rd James Bond film Skyfall recently surpassed the rare $1 Billion box office milestone. In 1965 dollars, Thunderball remains 007’s biggest financial success by a comfortable if dwindling margin, yet a Billion Dollar Bond in this weak global economy really speaks volumes about the loyalty of the fans and the movie’s unexpected cross-over appeal.

We can officially call this phenomenal wave of popularity a new cultural Bondmania.