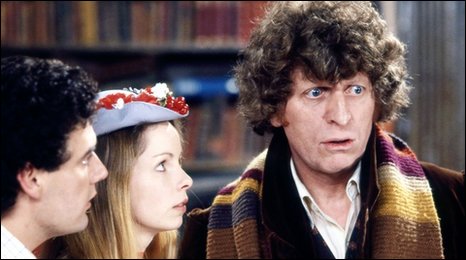 Written by Douglas Adams as his final contribution to Doctor Who, Shada was
envisaged as a Time Lord story without a Gallifreyan setting. It sees
the Doctor bringing Romana to present-day Earth to visit Professor
Chronotis, an elderly Time Lord who absconded from Gallifrey and now
lives a quiet academic life at St Cedd’s College in Cambridge. Also
seeking Chronotis is a scientist called Skagra who has a device, in the
form of a floating sphere, with which he intends to steal the
Professor’s mind and thereby learn the location of a book entitled The
Worshipful and Ancient Law of Gallifrey. Skagra eventually succeeds in
obtaining the book, which has been borrowed from the Professor’s study
by a student named Chris Parsons. He then kidnaps Romana and hijacks the
TARDIS.

Shada was formally dropped from the seventeenth season in December
1979, it having become apparent that due to the backlog of Christmas
specials waiting to be recorded there was no prospect of studio time
being found for its completion. A number of attempts were subsequently
made to remount it but these ultimately came to nothing, and in June
1980 it was officially cancelled. A version of the story was eventually
released on video in 1992 with Tom Baker providing a narration to cover
the missing scenes.

This “lost episode” is the only Doctor Who television story never to be broadcast.
And we’re giving away three copies. 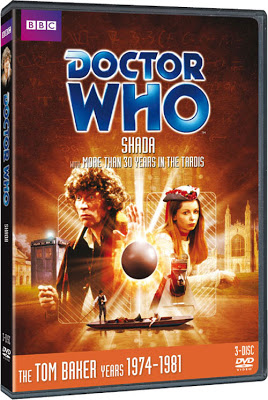 To enter, please send an email with the subject header “SHADA” to geekcontest @ gmail dot com and answer the following question:
What is the name of Shada writer Douglas Adams’ protagonist in his Hitchhiker series?
Please include your name and address (U.S. Residents only. You must be 18 years old).