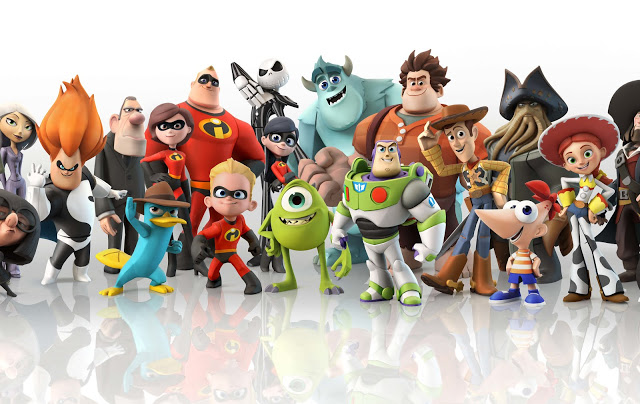 At this year’s family Hanukkah the toy/game of choice was Skylanders and as each gift was unwrapped , screamed in glee about and promptly put aside for another present that contained a similar figure, I calculated just how much money Activision (the makers of Skylanders) happened to score from my family…and the total was an astounding $80 each (and there’s something like 6 kids who play this thing).

So, naturally, with the success of marketing packs of gaming figures to salivating youngsters with no concept of money (and which will ultimately cost you more than one game ever would) we’re going to see more concepts like this popping up and Disney is no exception.

Like Skylanders, D.I. is going to have it’s own figures/gaming packs (Captain Jack Sparrow, Sulley from Monsters Inc, and Mr. Incredible will be the debut figures) starting this June and will be available for the Wii, Wii U, Xbox 360, PS3 and PC as well as the Nintendo 3DS and PS Vita sometime later, with new characters being hinted at over the weeks leading up to the launch (Wreck-It Ralph, Toy Story characters and those from Cars) so get ready to lose your life savings by December.

And just how much are these figures/games going to run?

Like I said, you’re going to be very poor if you happen to have an easily socially-manipulated person living with you.