In the two blogs I’ve written for Downton Abbey Series 3 so far I have primarily focused on the upstairs cast of characters, so for this entry I think it is only fair we check in with the below-stairs staff. In this case, it’s actually someone who used to be staff, Ethel Parks (Amy Nuttall), who figures prominently in this episode.

Ethel was the housemaid with grander visions of wealth and comfort in Series 2, alienating most of her fellow downstairs staff. 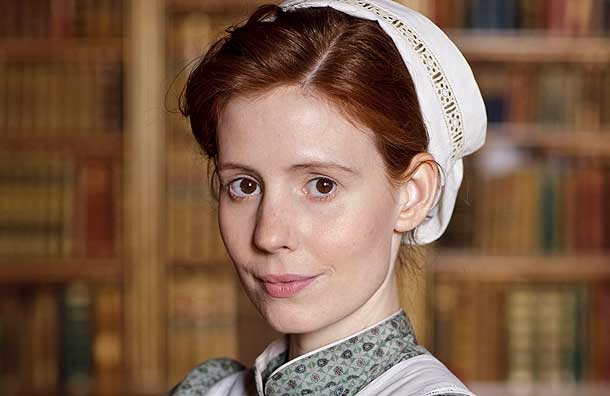 She was brazen and naively foolish, especially when she began fooling around with a handsome army major who was recuperating at Downton Abbey, which had been (somewhat reluctantly) turned into a convalescent home for soldiers during the Great War. But things quickly turned sour for Ethel when her dalliances with Major Bryant (Daniel Pirrie) were discovered by Mrs. Hughes (Phyllis Logan), leading her to be turned out of Downton.

But she returned only a little while later to inform Mrs. Hughes that she was pregnant with the major’s baby and desperate for work and money. Major Bryant was killed in battle, and Ethel left with no choice but to ask the major’s parents to acknowledge and support her now-fatherless child. They countered with an offer to care for the child and raise him as a gentleman, provided Ethel had no further contact with her son ever again. Ethel refused on principal, but as we’ve seen in series 3, times have become even harder for Ms. Parks, and she has been forced to turn to prostitution for survival. 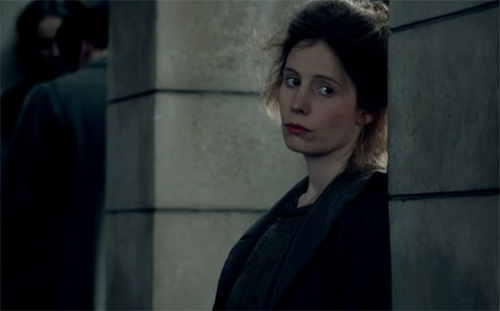 Prostitution in 1920s England was nothing new; indeed, it had been around for thousands of years. But for women like Ethel, who had no husband and a child out of wedlock, the options were limited. She could not marry a man  – if she could even find one given the dearth of young and eligible men at the end of World War I – without revealing the circumstances regarding her child, nor could she seek a job without being questioned and rejected based on the fact that she had no husband and no references from her prior work establishment. It was a Catch 22, so what other options were open to her, at least ones that she would allow herself to consider? Many children of single parents, especially mothers, were sent to institutions or orphanages where their fate was hoped to be better than what was currently available, but more often than not, this was not the case. Ethel, not wanting to be parted from her son, chooses to survive the only way she can – by using her body as a business. Unfortunately (and hypocritically), the stigma fell almost solely on the woman herself and not the men who availed themselves of her services, a belief not uncommon in those days. And one can argue, even in the current 21st century mode of thinking.

Thankfully – and one can argue even inevitably – it is Isobel Crawley (Penelope Wilton) who comes to Ethel’s rescue when the young woman decides to give up her child to live with Major Bryant’s family as a gentleman. She is welcomed back into the Downton fold, although more peripherally, as a housemaid for Isobel, and while she may never attain the wealth, comfort, or even the rescue from the limitations of her station in life she so wished for, at least her child will get the chances she could not and did not. 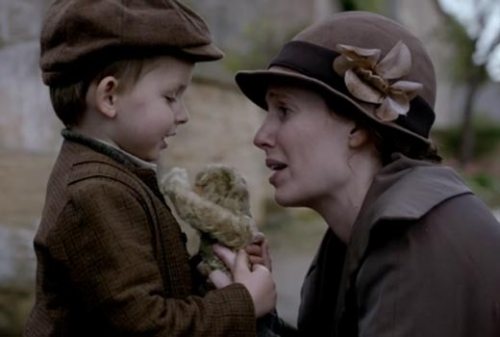 Ethel’s hopes for her own social climb are now dashed, but she can go off and dream a new dream, this one about a little boy who will hopefully grow up to one day know what it is like to succeed and be happy. To face a future of unlimited promise.

Unlike his well-meaning but tragic mother…