I don’t think I have ever been as moved or cried as much during a single episode of television that I can remember. Last night’s Downton Abbey was heartbreaking, had some incredible performances by Elizabeth McGovern (Lady Cora Grantham) and Allen Leech (Tom Branson), and a taught, deft script by series creator Julian Fellowes.

Is there anything more shocking than when a beloved character dies on TV? It’s usually tragic, sometimes avoidable, and always, always heartbreaking. With a villain it’s easy to cheer their death, but when it’s someone who is a real heroine, there is nothing to root about at all. With last night’s episode of Downton Abbey, true tragedy has come in the form of the unexpected – and it certainly seems avoidable – death of Lady Sybil Branson née Crawley (Jessica Brown Findlay). We’ve seen death on Downton before with the loss of William Mason the footman (Thomas Howes), and Lavinia Swire (Zoe Boyle), but it is only with this episode that death claims a member of our beloved Crawley family. 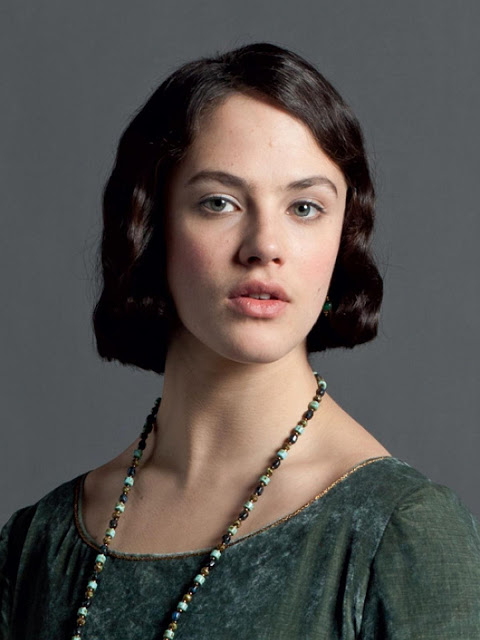 Sybil has had it a bit rough since deciding she wanted to be with the Crawleys’ former chauffeur, Tom Branson (Allen Leech), and the one bright spot of her story arc this season was made extremely bittersweet when she did not survive her complicated childbirth. She had to deal with a disapproving father, a disapproving society, and the very cautious – but ultimately pragmatic – Crawley women. Leaving the comfort of the world she knew for a new life in Ireland with her Feenian husband whose politics often got him into trouble was no small life change, and it seemed that her pregnancy was a ray of real joy in the midst of some dark times. 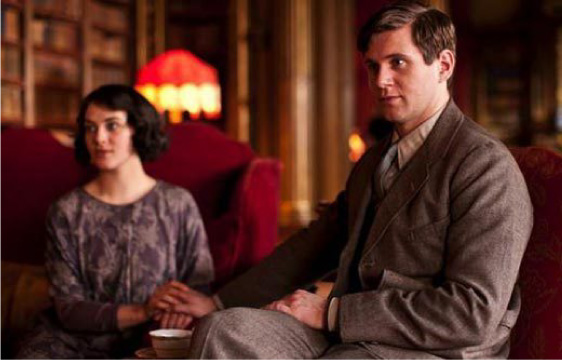 Political trouble is what led the Branson’s back to Downton Abbey in the first place, and because Tom could not return to Ireland without immediately being arrested, Sybil had no choice but to give birth in her childhood home. Despite the uncomfortableness and awkwardness of the interaction between the Crawleys and Branson, Sybil could surely not have been in better hands surrounded by her family and loved ones. Or so it should have been, but conflicting medical diagnoses by two different doctors – one Robert’s choice and the other Dr. Clarkson (David Robb), the family’s trusted physician Cora advocated – led to a misdiagnosis, and poor, sweet Sybil died of eclampsia after giving birth to a healthy baby girl. 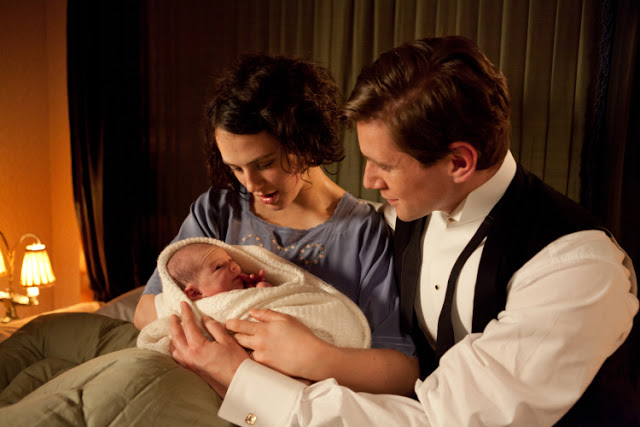 According to Wikipedia, “eclampsia is an acute and life-threatening complication of pregnancy, characterized by the appearance of tonic-clonic seizures, usually in a patient who has developed pre-eclampsia. Eclampsia includes seizures and coma that happen during pregnancy but are not due to preexisting or organic brain disorders.” It seems this could this have been avoided, and if so, who is truly to blame, if anyone? And is blame the right word to apply to this situation? 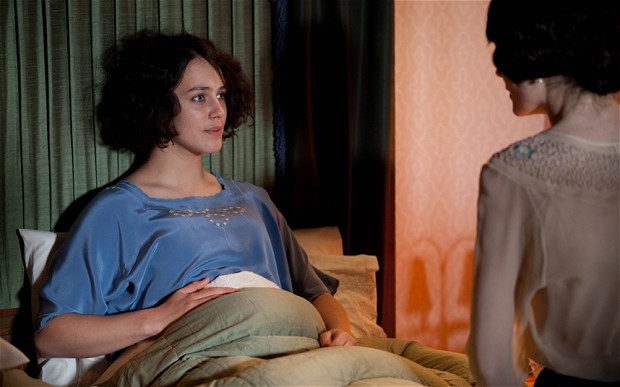 We’ll see next week when the dust settles and more facts come to light, and we’ll also see if Robert (Hugh Bonneville) and Cora can repair the rift that is forming between them after the shock fades and the grief and heartbreak is tempered by the joy of a new baby to love.

Downton Abbey is often moving and dramatic, and quite a few episodes have been heartbreaking, but this episode ended in a tragedy that it will take some time for both the inhabitants of Downton and those of us who love and care for them to get over.

For now, the image that will linger long after the shock ends is a truly devastated Dowager Countess Grantham (Maggie Smith) stiltedly and slowly making her way through Downton’s vast halls to comfort her family and help mourn the loss of a truly unique young woman.