Turns out that Reverend Billy (Joe Mazzello) died from the snake bite he suffered last episode, and his church is destroyed. Boyd (Walton Goggins)’s plan to ruin the Reverend’s reputation worked better than he planned. Ellie May (Abby Miller), who formerly worked as a prostitute in Boyd’s criminal enterprises, has lost her religion with Reverend Billy’s death, and comes back to Boyd and Ava (Joelle Carter) looking for a job.

Ava worries that Ellie May might talk about the murder they committed together, and arranges with Boyd to have her sent away, but when Ellie May can’t stop talking about the murder, Ava instead decides to have the poor girl murdered. Instead, mysteriously, Ellie May disappears from a highway rest stop.

My guess is that Reverend Billy’s sister, Cassie (Lindsay Pulsipher) rescued her. She played it cool when the Sheriff asked her what she knows about Boyd’s criminal empire, but there’s a chance she knows more than she’s telling. She is after all the smart one in the family, as Boyd pointed out.

Meanwhile Raylan (Timothy Olyphant) is looking for his girlfriend Lindsey (Jenn Lyon), and her husband Randall (Robert Baker), who, fresh out prison is looking to become a fight manager. Raylan is helped in his search initially by fellow Marshal Rachel (Erica Tazel), who arms him with a shotgun before having to check in with work. (They are, after all, US Marshals, though Raylan seldom acts like one.) 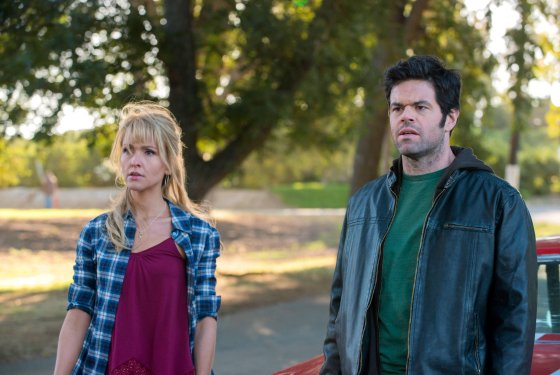 Raylan tracks down Randall and Lindsay after learning that Randall is looking for gamecocks. The fighters he wants to manage are chickens and the money he stole from Raylan is seed money for his fight business.

After a great little fight consisting of punches and non-lethal beanbags shot from the shotgun, Raylan lets Lindsey go and has Randall taken in on some outstanding warrants. 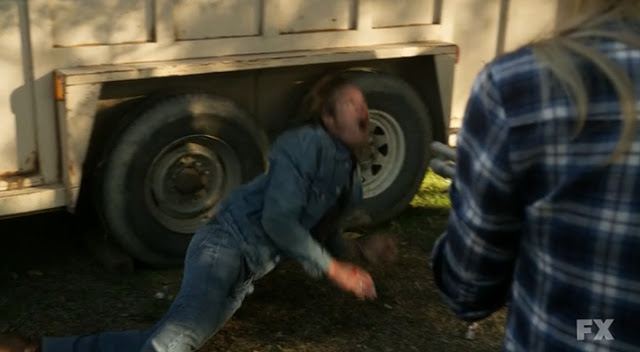 A tight little episode that doesn’t go into the central mystery of the season at all. It just wraps up the Raylan and Lindsay relationship and forwards Boyd’s story incrementally.

My thought is this: Is Reverend Billy really dead? I wouldn’t be surprised by his resurrection.