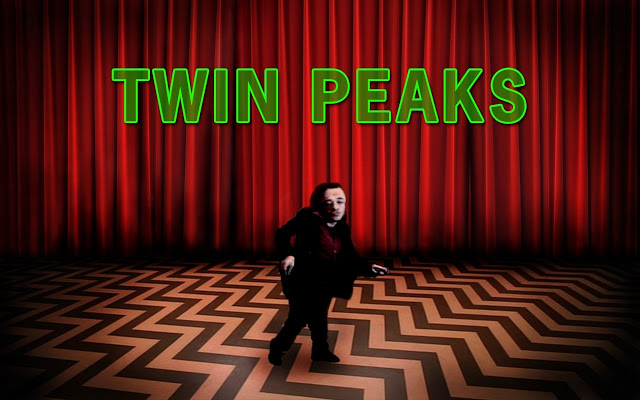 If there truly is a great mythical being who resides in the netherworld and sports a jaunty beard, I thank you for this news (even if, at this time, it seems to be just an unconfirmed rumor),for I am one of those people who sat in front of their behemoth console televisions and watched Agent Dale Cooper be weird and sexy for two glorious seasons (1990-1991).

Here’s what we know: In an interview with ScFiNow, Mark Frost hinted that he and David Lynch speak about resurrecting the show “…from time to time” and that there is “…a rich trove to draw from” should they decide to go ahead and do it.

Now, before you dismiss this as being all conjecture, there has been noise that Lynch has been to NBC and is talking with people to drum up some interest in a Twin Peaks relaunch, and that it MAY take place 25 years after the season two cliffhanger when Cooper was possessed by BOB.

I’m not sure how it will work since Frank Silva (the actor who played BOB) died in 1995, but I would still watch the damn thing with pure pleasure.

In this article:Awesome, Nostalgia, Television