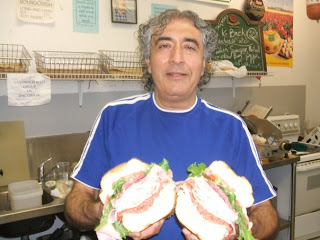 Salam Kahil loves to talk about his penis.

Lewis Bennett’s short documentary about Salam proves that you don’t have to spend 90 minutes with someone to learn all about him. In only a few minutes, I wanted to know more about Salam. By the end of the ten minute film, I had seem a bit too much of the man, but I kind of wanted to hang out with him. He’s funny, rude, crude and, best of all, he has a big heart.

Lewis and his crew are making a feature doc about Salam. I can only hope that it makes it to some festivals. I want to know more about this guy.